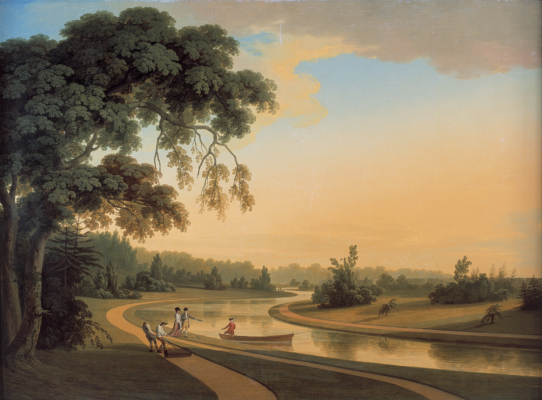 This summer the Irish Georgian Society will host a world-class exhibition of eighteenth-century Irish paintings to mark the restoration of the City Assembly House and to commemorate the Society of Artists in Ireland who erected the building over 250 years ago. Celebrating the building’s original incarnation as the first purpose-built public gallery in Britain and Ireland, this exhibition will re-assemble works by Society of Artists members such as Thomas Roberts, Jonathan Fisher, James Forrester, Robert Carver, Robert Healy and Hugh Douglas Hamilton, including many pieces which were first displayed in the room in the series of exhibitions the Society of Artists held there between 1766 and 1780.

By honouring the pioneering spirit of these exhibitions, we aim to provide an insight into the fascinating range of artistic production taking place in eighteenth-century Ireland. As the exhibition catalogues reveal, Georgian Dublin was a hive of creativity, with landscape artists working alongside portraitists, history painters, sculptors, printers and draughtsmen in an astonishing range of media, including oil paint, pastel, marble, wood, glass, wax and hair.

The Irish Georgian Society is delighted to offer two accessible tours of the exhibition. This Audio described tour will be led by exhibition curator Dr Ruth Kenny, and interpreted by specifically trained guides and practitioners.

This tour is free but a suggested donation of €5 would support the Irish Georgian Society's exhibition programme.