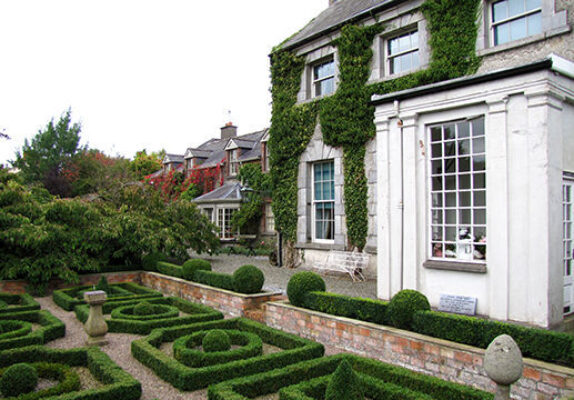 Prominently situated in the heart of Collon village, Collon House was built in 1740 in the Irish long house style and was home to Anthony Foster (1705 –1779), Lord Chief Baron of the Exchequer. A 10-year restoration programme was undertaken from the late 1990s by John Dunne and Michael McMahon. They will bring us on a tour of their house and its beautiful gardens following which we will have lunch. The visit will also include a tour of Collon Church, a Tudor-Gothic structure built around 1815 and designed by Daniel Augustus Beaufort who was strongly influenced by the Chapel at King’s College Cambridge. In 2015 and 2016 the IGS awarded grants to support a detailed survey of its roof and subsequent conservation works. Invitations to Patrons and Benefactors to be issued at a later stage.

To join as a Patron or Benefactor, please click here. Patrons and Benefactors are an integral part of the members support to the Society and part of their subscription goes toward our Conservation Education programme.