The vision of the Irish Georgian Society is to conserve, protect and foster an interest and a respect for Ireland’s architectural heritage and decorative arts.

Learn more about the IGS 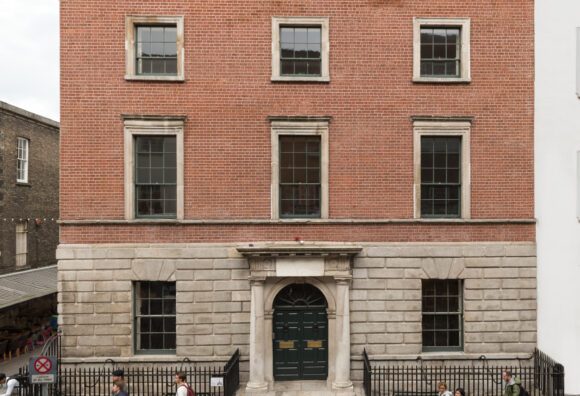 The IGS Bookshop located at the City Assembly House will be closed on Monday-Tuesday, 8-9 August, for stock intake. We will reopen at 10am on Wednesday 10 August. 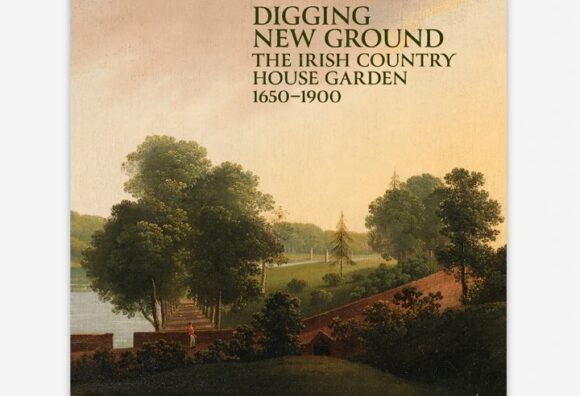 Breaking new ground through the presentation of fresh material and research, this book investigates the history, design and planting of the Irish country house garden from c.1650-1900. Learn more! 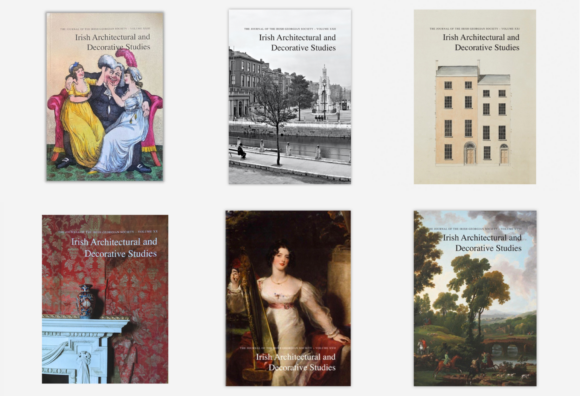 'Irish Architectural and Decorative Studies' reflects the Irish Georgian Society's wide remit and is concerned not just with Georgian architecture, but embraces the entire spectrum of Ireland's post-medieval architecture and its special need for protection, interpretation, understanding and appreciation.

Bring the lands into public ownership

A letter by Donough Cahill originally published on The Irish Times: https://www.irishtimes.com/opi...

Sir, – The recently featured article on the sale of lands immediately to the rear of Castletown House, Co Kildare, raises great concerns for the future protection of one of the most architecturally significant buildings of Ireland’s Georgian period (“Celbridge landholding with ‘future development potential’ for €5 million”, July 6th).

We wish to thank our partners, Dublin City Council’s Conservation and Heritage Offices, in particular Charles Duggan, Heritage Officer and Niamh Kiernan and Mary McDonald, Architectural Conservation Officers, and Sarah Halpin and Mary-Liz McCarthy, Conservation Research Officers, as well as DCC’s Department of Parks and Biodiversity for hosting us in Merrion Square Park. The Dublin’s Heritage Buildings Show is an action of the Dublin City Strategic Heritage Plan, and was part-funded by the Heritage Council’s County Heritage Plan Grant Scheme.

In Harmony with Nature, the Irish Country House Garden 1600-1900

In May 2022, the IGS will explore the history of the Irish Country House Garden at the City Assembly House, Dublin, with the launch of In Harmony with Nature: The Irish Country House Garden 1600-1900. Alongside this unique exhibition, Stepping Through the Gate: Inside Ireland’s Walled Gardens will return to the walls of the O’Connell Room, and feature specially commissioned paintings of Irish Walled Gardens by four leading artists. Curated by Robert O’Byrne, former vice-President of the IGS, both exhibitions are not to be missed and will be of exceptional interest to anyone with an interest in Irish gardens and gardening. The Exhibition will be open to the public from 20th May to late July, Tuesday-Sunday (10am-5pm).

'Stepping Through the Gate: Inside Ireland's Walled Gardens' at Kylemore Abbey

2022 marks the 21st anniversary of the historic restoration of Kylemore Abbey's Victorian Walled Gardens by the Benedictine nuns, who run the heritage estate in the west of Ireland. This important conservation project returned Mitchell Henry's beautiful walled gardens to their Victorian glory and won the prestigious Europa Nostra Award in 2002.

To mark the anniversary, Kylemore Abbey will host an Irish Georgian Society exhibition of paintings of walled gardens at Kylemore Abbey's Fordham Hall from 5 March - 30 April*. This is the first of a larger programme of events which will take place over the coming years in preparation of a yearlong celebration of 25 years of the Victorian Walled Garden Restoration in 2024/5.

What gives the Irish country house garden its distinctive character? A verdant light, lush grass, bold trees and green-fingered generations of care. The Irish country house garden sits at a precise point where nature, culture and history meet, and continues to be a place where the Irish, British and European horticultural traditions potently collide.

In 2021, our working group decided to nominate an annual fundraising project for the Young Irish Georgians to support, with the revenue raised from our events throughout the year supporting the chosen initiative. Our pilot project for 2022 will be Termon House, Co. Donegal: a former 18th century land agent's house in Maghery, near Dungloe, located in the heart of the Gaeltacht area. The house is cared for by the Irish Landmark Trust, and was previously supported through a conservation grant from IGS London.Termon House was built c. 1770 for the land agent of the local landlord, the Marquess of Conyngham. The property consists of the house and adjoining stone-built dairy and barn set within a 3 acre plot. Much of this site is enclosed by a tall, tapering rubble stone wall built c. 1847 to provide famine relief for the local population affected by the Great Famine. Within these walls are also found the remains of an old lime kiin and a small clachán. The curtilage of Termon House encloses a landscape which has remained almost untouched since the mid 19th century and this with the combination of the famine wall and house, makes it the most historically significant property in the village.The very extreme location of the house on the Atlantic shoreline means that it gets a constant battering from the weather. The funds we plan to raise will support essential repair work to the lime render surrounding the lower barn door, which will then be limewashed.

Country House Tour of Antrim and Down

New Members Lecture: Dublin and its Georgian buildings in the long eighteenth-century with IGS