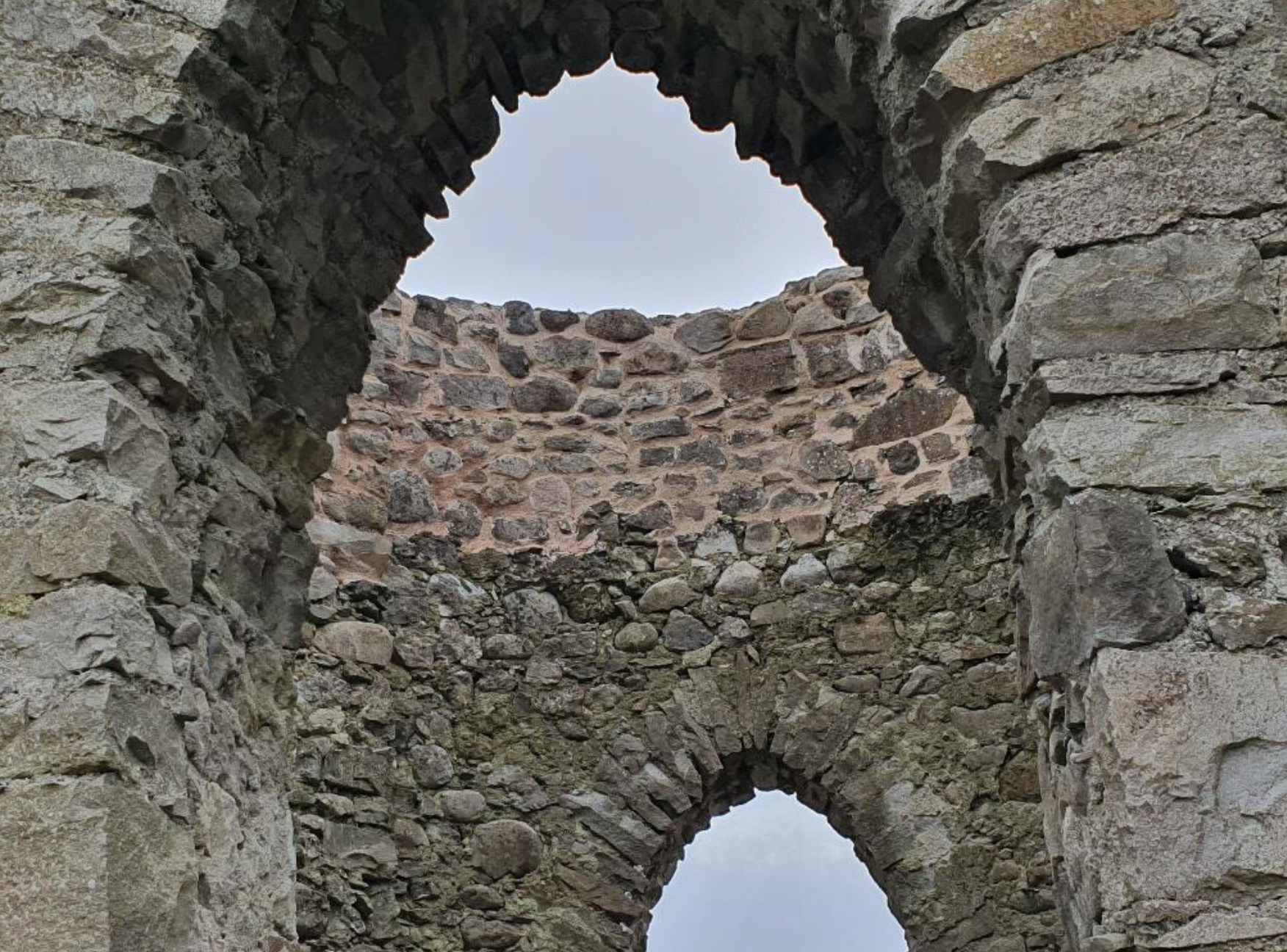 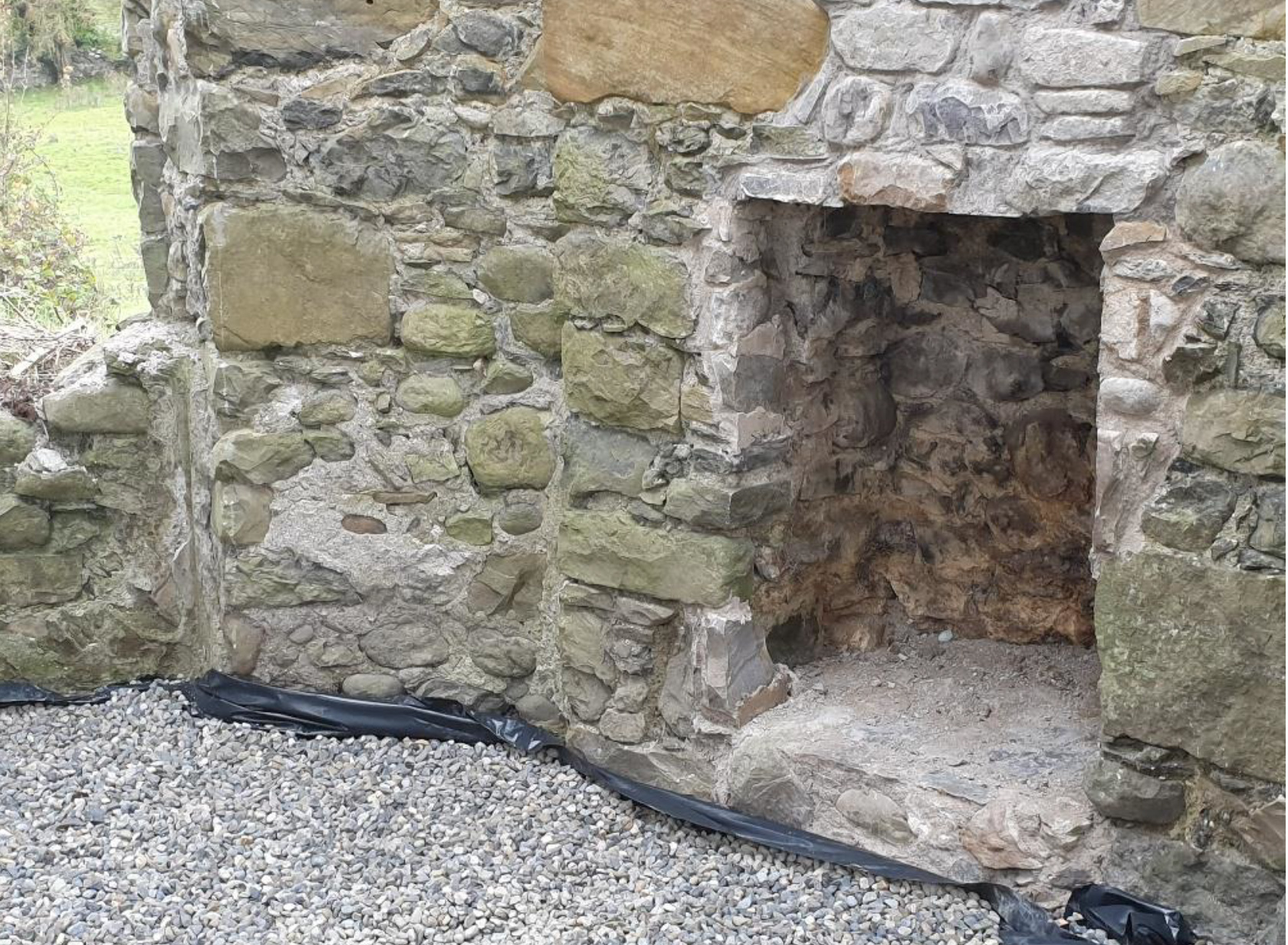 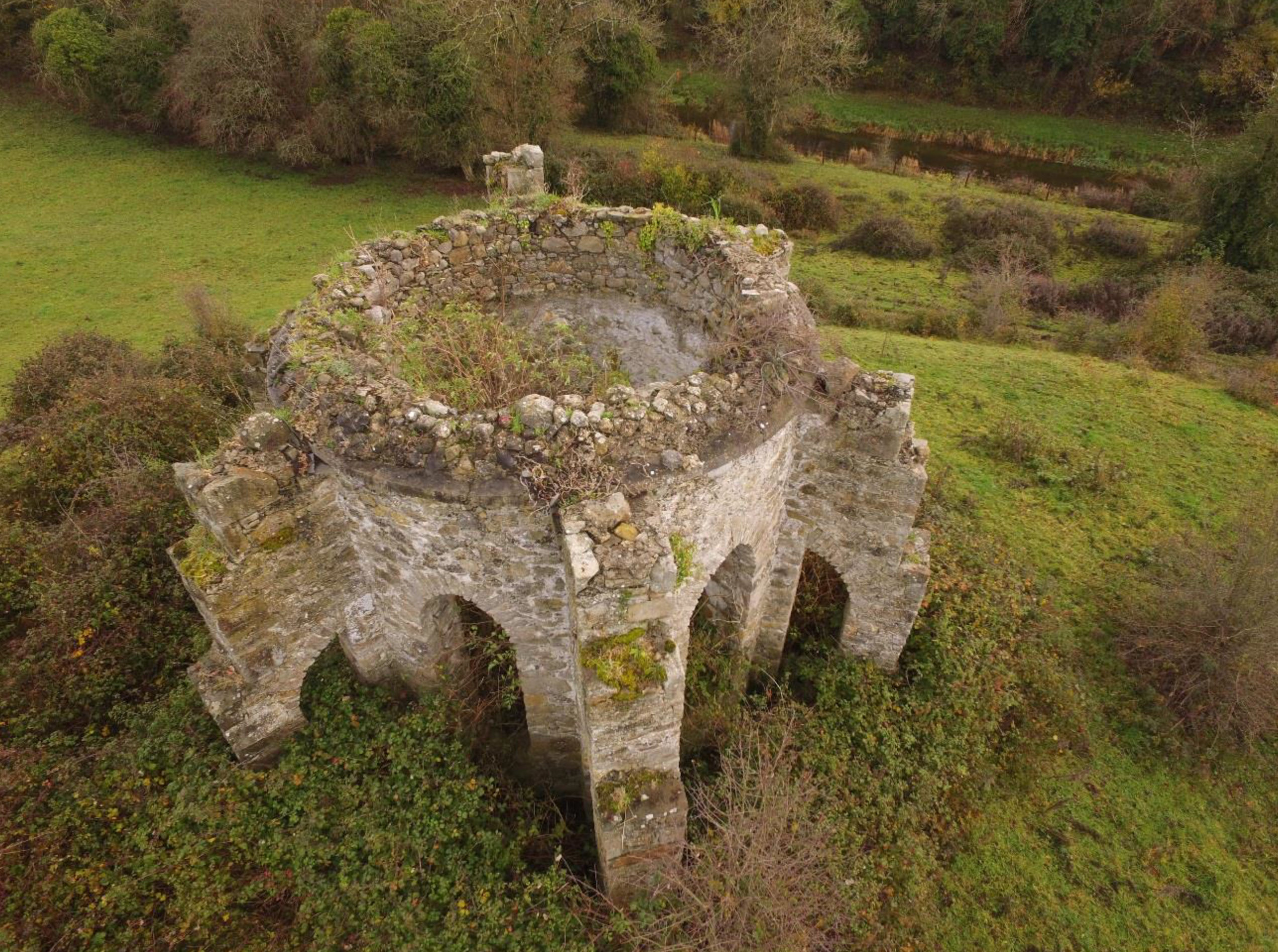 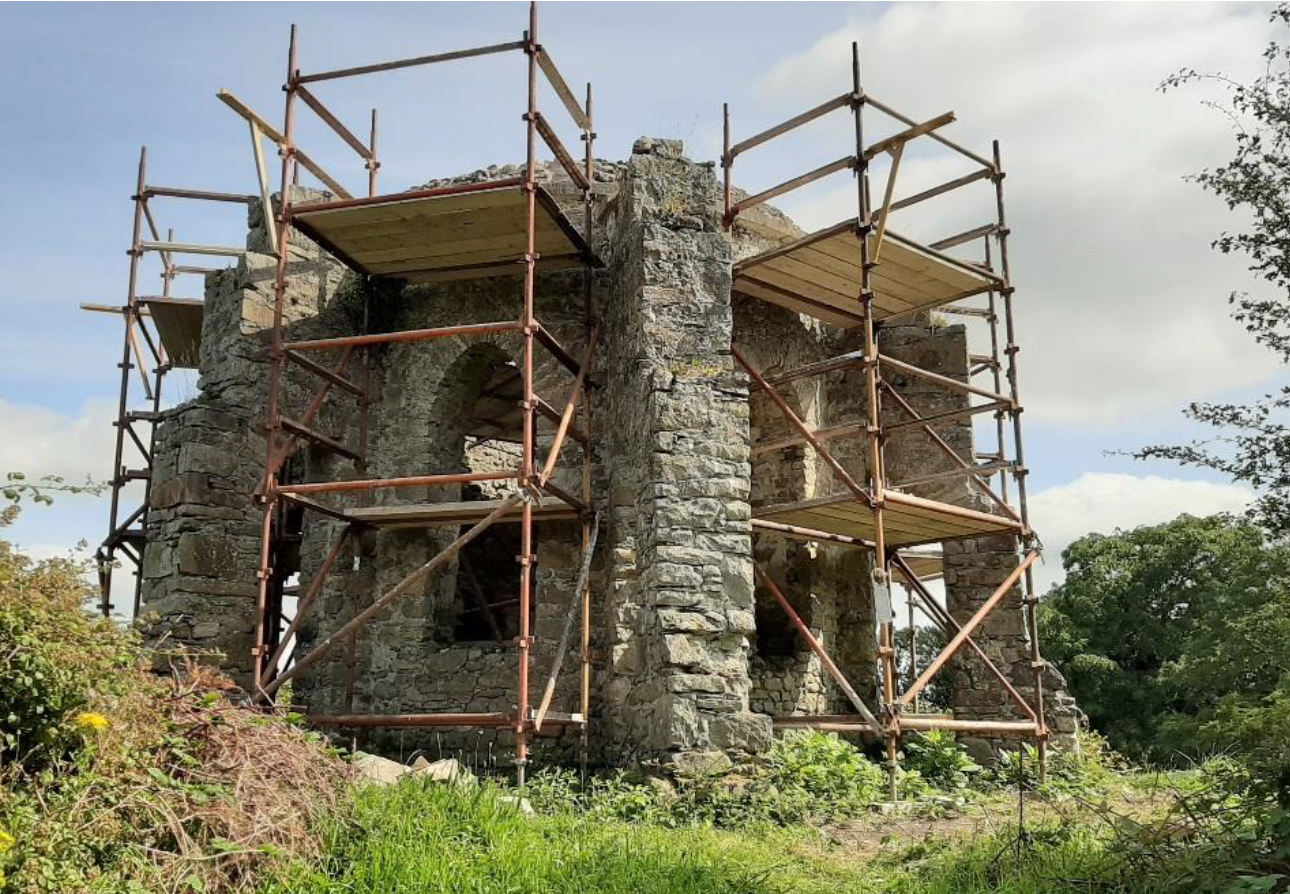 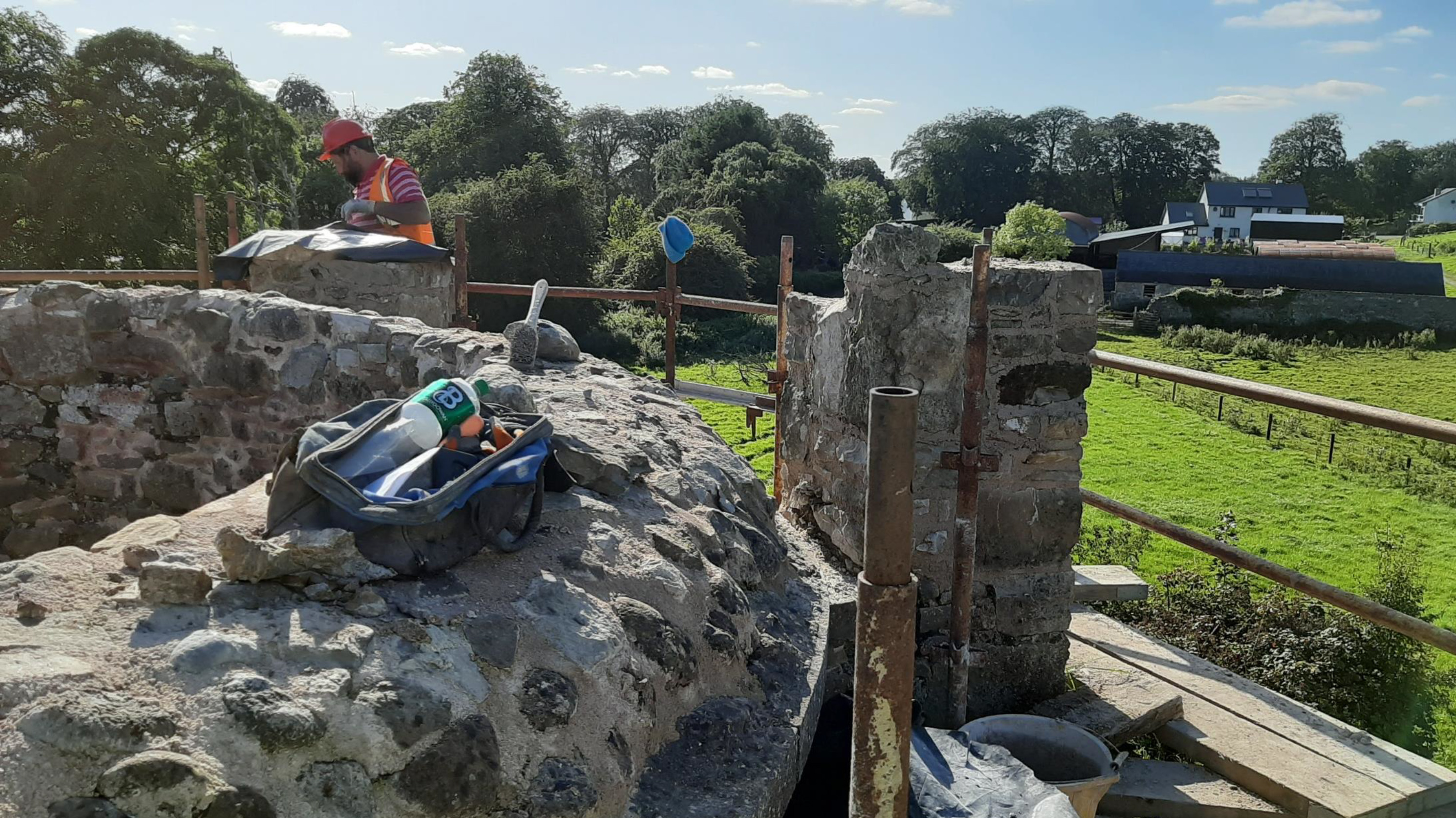 Through funds from its London Chapter, the IGS this year awarded a grant of €10,000 towards essential conservation works to the Ballycumber Folly, Co. Offaly.

Built of rubble sandstone, the folly is circular in form with six flying buttresses, four tall, arched-windows and an internal fireplace. It lies within the demesne of Ballycumber House where is set in a designed garden landscape, on a mound of high ground overlooking the River Brosna. The date of its construction has not yet been determined and is estimated around 1830. However, it could also be associated with a period of remodelling that occurred around 1730. It is hoped that further investigation into the structure may reveal more.

The Ballycumber Folly forms a chapter in the book Flights of Fancy – Follies, Families and Demesnes in Offaly, Rachel McKenna (p. 162-187) and is described by Howley Hayes architects as ‘a fine example of its type and most likely a relatively early example of an ornamental garden building in Ireland’. It has an interesting and unusual form, creates an impressive eye catcher in the landscape and provides excellent views from within.

The structure had deteriorated over time due to exposure to rain and subsequent frost action. Through the recommendations of a report prepared by Southgate Associates, a programme of works was undertaken that included repairs to the top of the walls (above eaves level) and to the buttresses. The area around and within the folly was also cleared of vegetation.

The project was also supported by The Follies Trust, Offaly County Council and Creative Ireland.