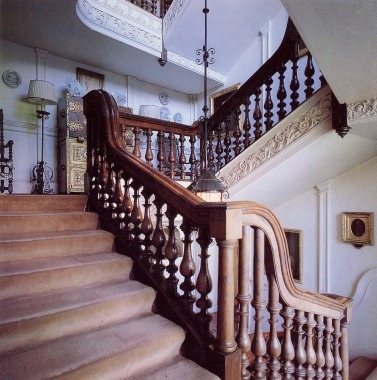 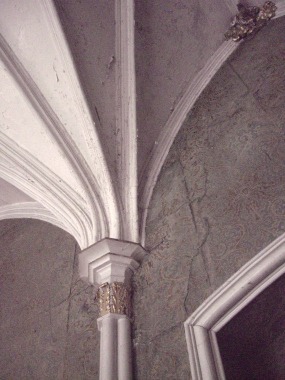 Birr Castle was originally a Norman structure dated 1170 and has been significantly altered and extended since that time, mainly by the O’Carroll family and, from the 1620s, by the Parson family who continue to live there to this day.

The only known architect is John Johnston who added the Gothic Saloon and entrance gate alongside Sir Laurence Parsons in 1801-1802, and the present façade was completed circa 1840. The castle exists within a lovely, landscaped demesne complete with formal gardens whose natural significance is maintained by the family. Also of note is the important scientific history of the family which is recorded in the Science Centre in the castle grounds.

Since 2001 the Society has awarded grants of nearly €17,000 for essential repair works to the castle’s roof.

Initial funding covered a survey of the entire roof structure. Other works included re-leading the parapets, the treatment of decayed trusses and roof rafters with fungicidal mayonnaise, re-slating the roof, and carefully conserving the seventeenth century ceiling during the works. Society grant aid awarded recently, in 2010, has helped safeguard the ornate plasterwork in the Gothic Saloon.

Birr Castle stands three storeys across three bays, the central one breaking forward, and it is flanked by two, two-storey wings with towers, all of which is over a basement. The exterior is of limestone ashlar with a plinth course, a cornice, and a crenellated parapet which conceals a slate roof. The chimneystacks are of rendered cut stone and the rainwater good are of cast-iron and lead. A number of wonderful window openings abound, including pointed-arch windows with tooled stone surrounds and tracery, hoodmouldings, casement windows, squared-headed openings with mullions and transoms, and timber sash windows. The entrance is marked by a Tudor Revival arched porch and arched timber door with carved stone surrounds. Inside a magnificent, seventeenth century, open well yew staircase rises through three storeys to a Gothic plaster ceiling. The interior is rife with other Gothic detail including pointed arches and vaulted ceilings.