Collon Parish Church (before & after) 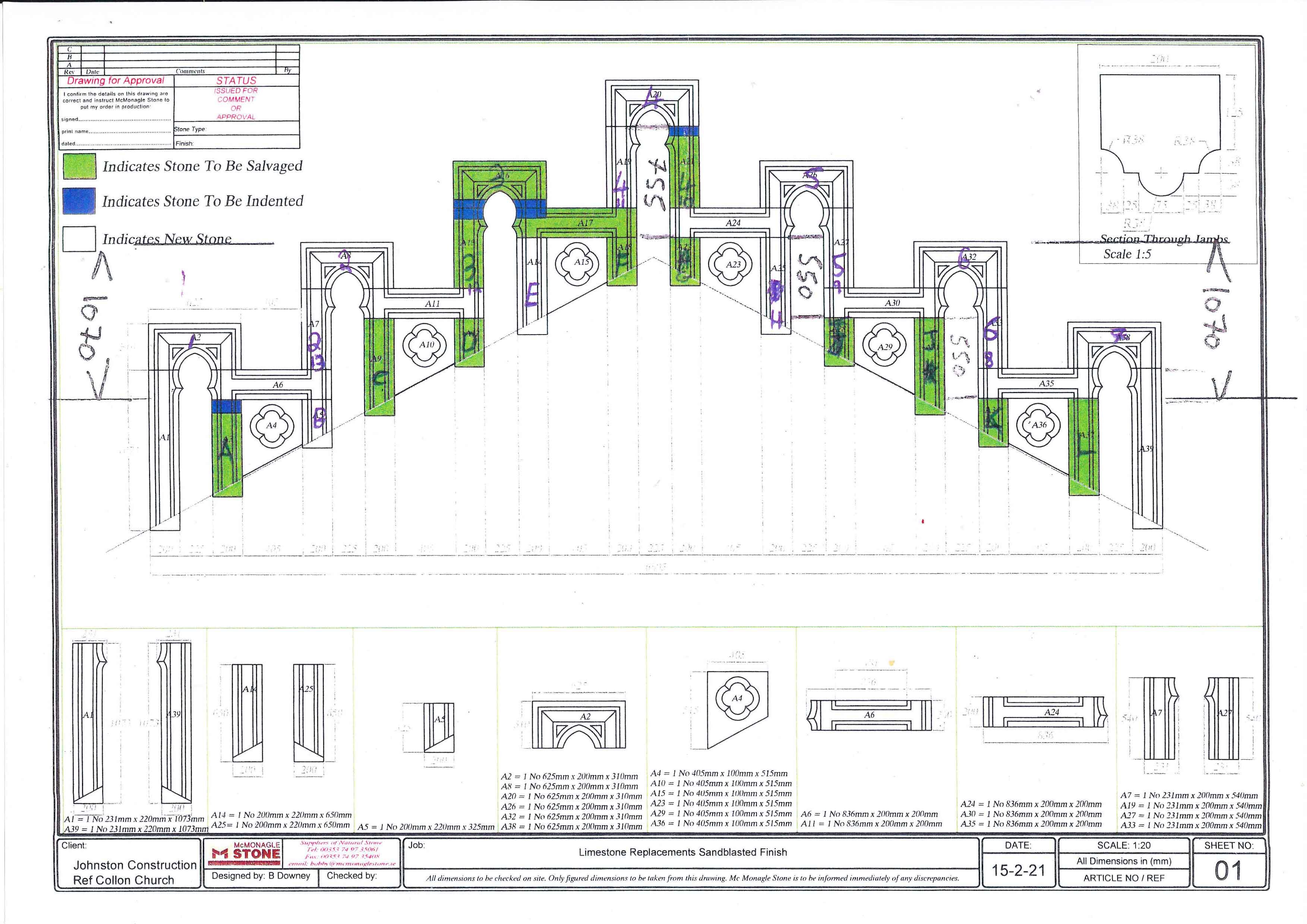 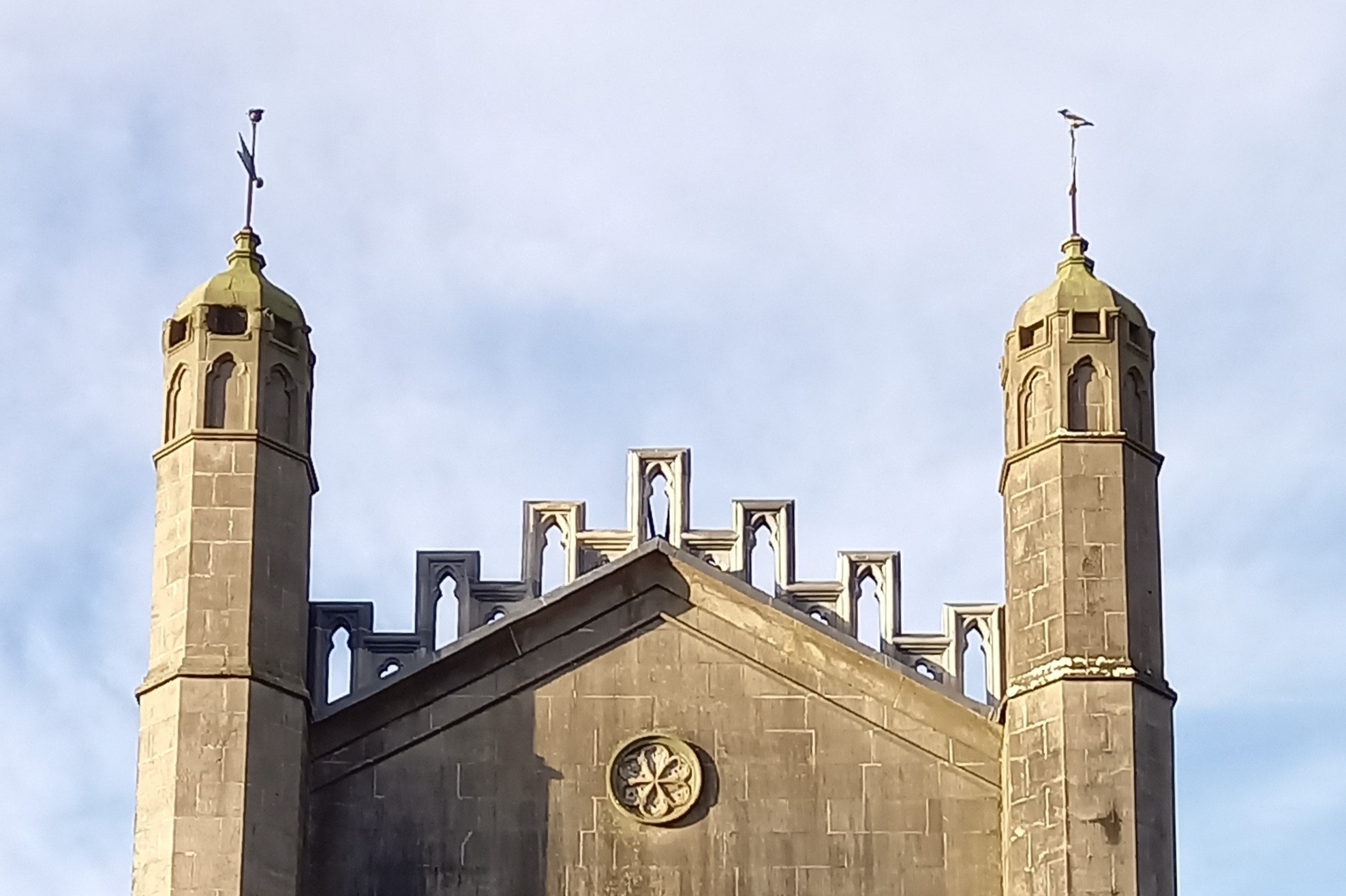 In 2015 and 2016, through IGS London, the Irish Georgian Society awarded grants to support conservation works at Collon Church, Co. Louth. The first of these grants, amounting to €10,000, supported the preparation of a detailed study of the roof space while the second grant of €5,000 supported urgent repair works to the roof itself.

The Friends of Collon Church have continued their work since then and just recently completed their long-held ambition of reinstating the battlemented parapet on its east facade which by the 1980s had become unsafe and was dismantled.

The following update has been prepared by John Rountree of the Friends of Collon Church:

Collon (Ch of I) Church, Co.Louth is modelled in Kings’ College Chapel, Cambridge. It was designed by Daniel Augustus Beaufort and represents the aspirations of the Fosters – a middle level Anglo Irish family of the late 18th and early 19th C. It’s architectural and historical merit is well recognised and it was recently upgraded in the NIAH record from regional to national importance.

Friends of Collon Church have been working to restore the building and are pleased to have re-slated the outer roof and strengthened the timbers of the roof space, ensuring a secure future for the stunning plaster ceiling underneath (photo 1).

The work was done in June 2021. The stone was matched and supplied by McMonagle Quarry, Donegal. The stone mason was Anthony Rafferty. The builder was Johnston Construction, Carlingford directed by conservation architects Leighton Johnston & Associates, Armagh.

The result with the parapet reinstated (photos 3 and 4) can be compared to the how the building looked before the work was done (photo 5).

Friends of Collon Church would like to thank the London Chapter of the Irish Georgian Society for generous funding towards restoration and re-erection of the parapet, and for funding of condition and conservation reports done by Frank Keohane and Richard Ireland.

Conservation work to restore the internal plaster is continuing inside the Church.