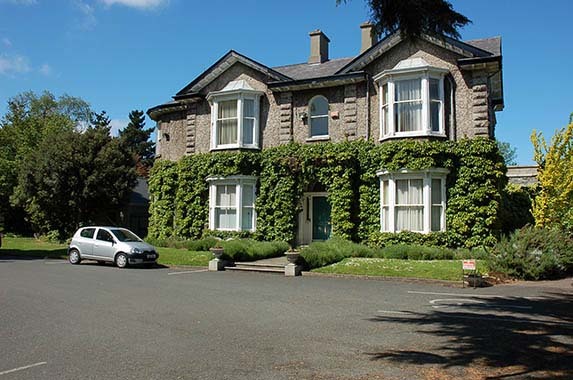 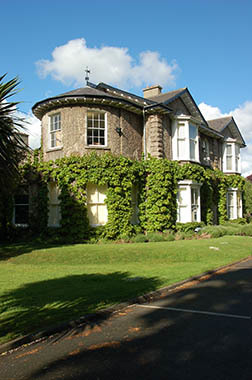 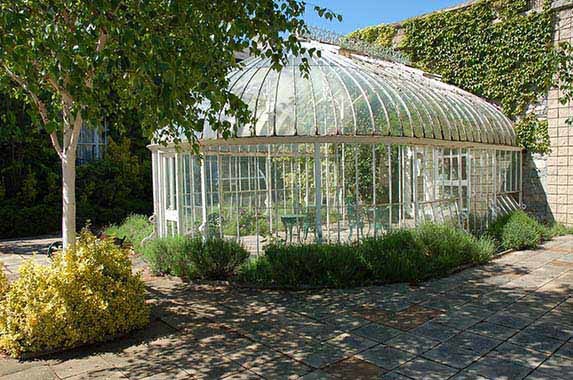 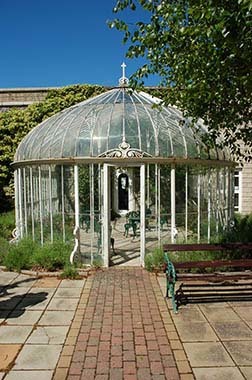 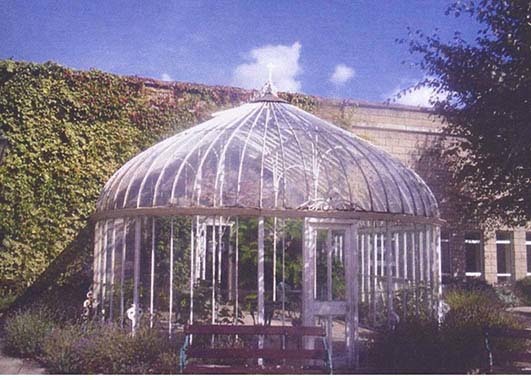 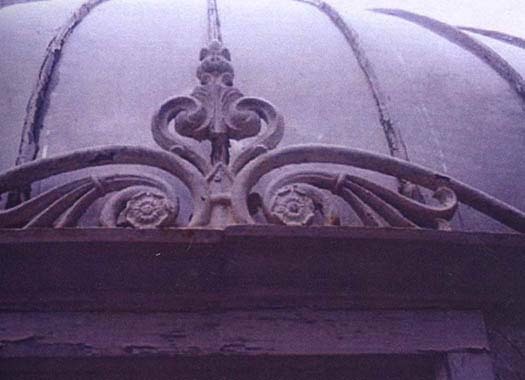 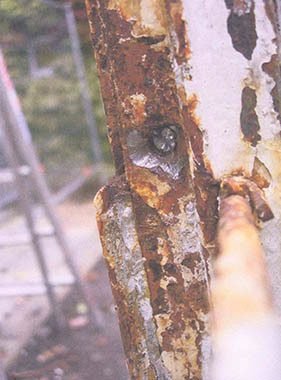 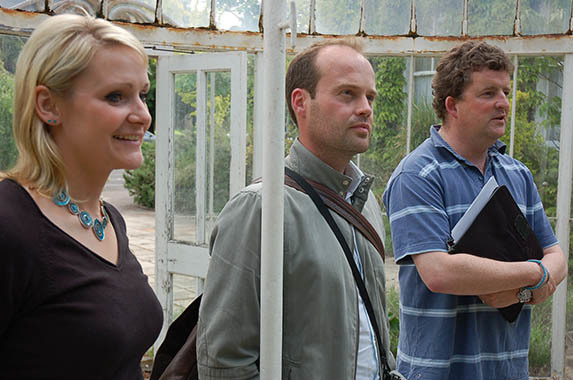 This conservatory was built at the home of David Drummond, Esq. in Rathgar and was referred to as a “Gentleman’s Crystal Palace.” Drummond was one of the Commissioners of Rathmines and Rathgar Township. Inspired by the popularity of glasshouses in the nineteenth century and his association with the Exhibition Palace and Winter Garden in Coburg Gardens, Drummond’s secondary purpose for the conservatory was to create a recreational space. The structure was most likely designed by Richard Turner or someone inspired by his work.

In December 2005 the owners of Dunfillan House applied to the Irish Georgian Society for funding to defray the cost of conservation works to the conservatory. Though its quality design and construction left the conservatory in generally sound condition, the cast iron and wrought iron nevertheless had been subjected to weather and water damages and were suffering from corrosion. To stave off further deterioration the Irish Georgian Society awarded a generous €5,000 to this conservation project.

The works included first disassembling the structure in reverse order that it was constructed. Vertical structure members were replaced at ground and gutter levels with like materials, as were the wall plates. Sections of the wrought iron glazing bars were also heavily corroded and required replacement. The decorative cast iron ridge plate and gutters were repaired and two coats of anti-rust primer were applied before the structure was re-erected in its original position. The conservatory was then painted and the glazing was re-installed.

A distinctive and elegant form of architecture, the Irish Georgian Society was very pleased to contribute substantial funding to the restoration of the Dunfillan Conservatory.

Built adjoining Dunfillan House, the Dunfillan Conservatory is a glass structure with cast and wrought iron glazing and rainwater goods which double as the horizontal support. It is to the rear of the property and abuts a wall which can be passed through via a door to the conservatory. It is an organic-inspired design as opposed to a strictly classical ornament, and contains beautiful scroll work elements. It also possesses a tilt and turn ventilation system.