Boathouse after completion of works

Boathouse after completion of works 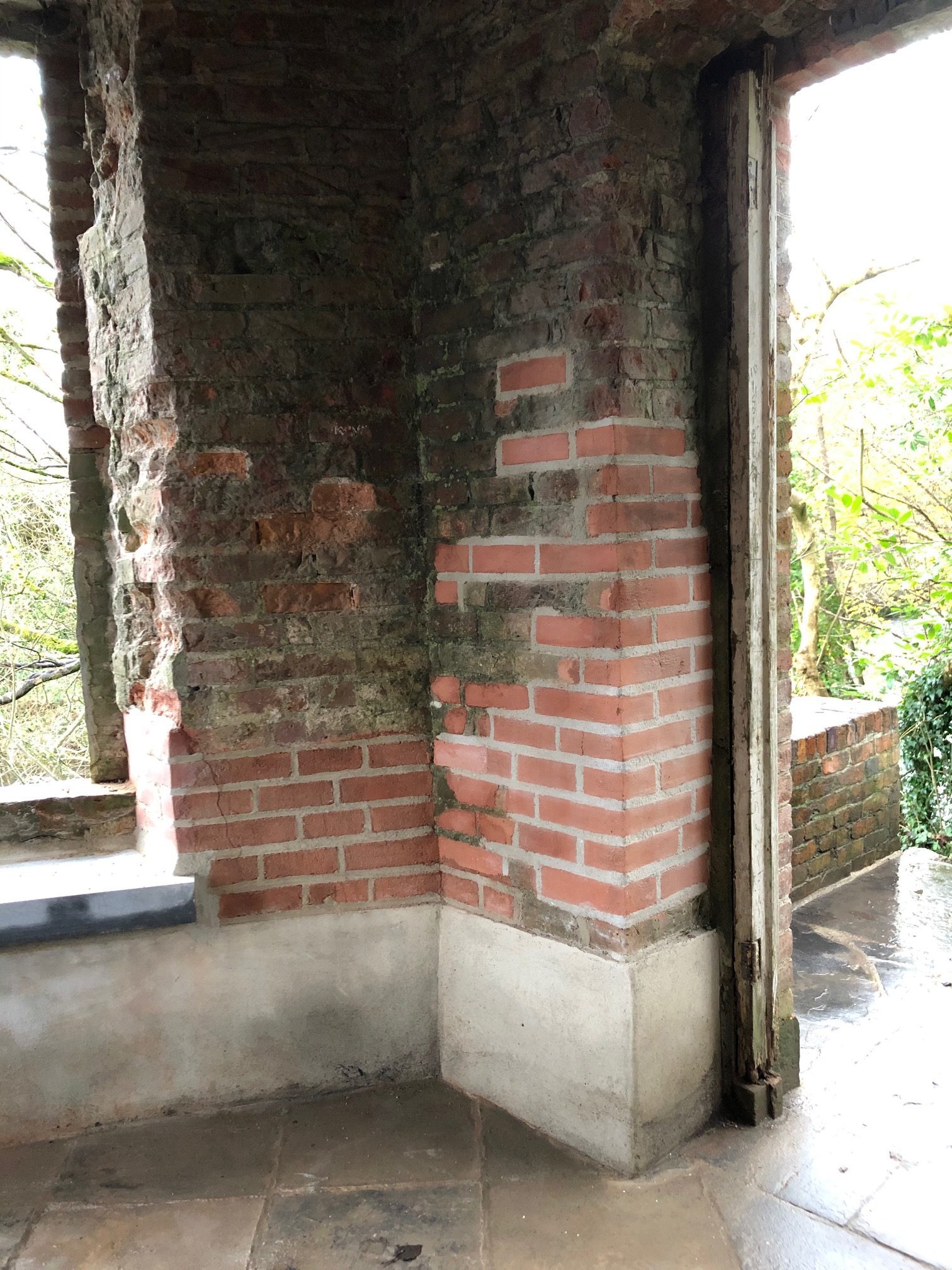 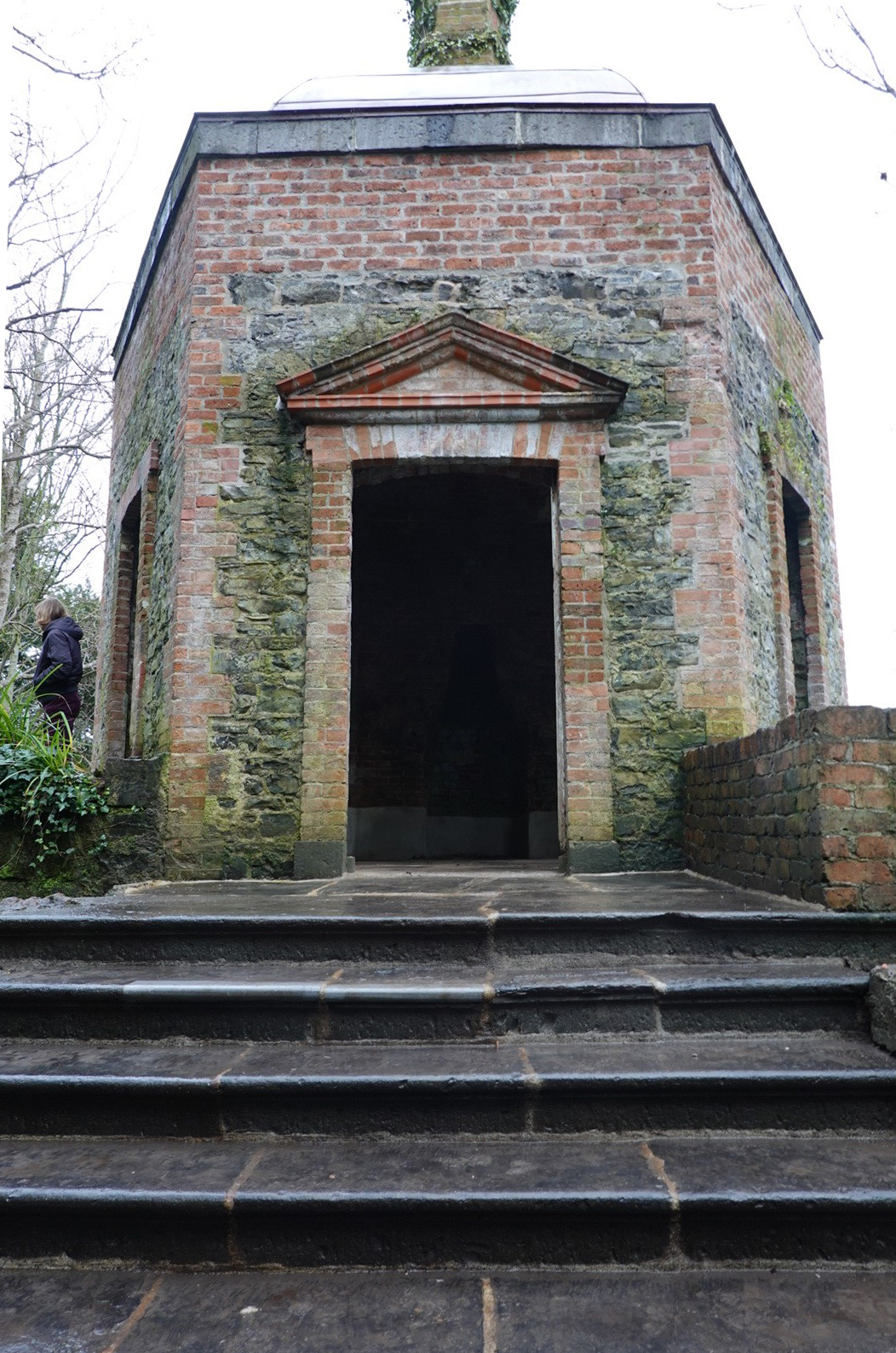 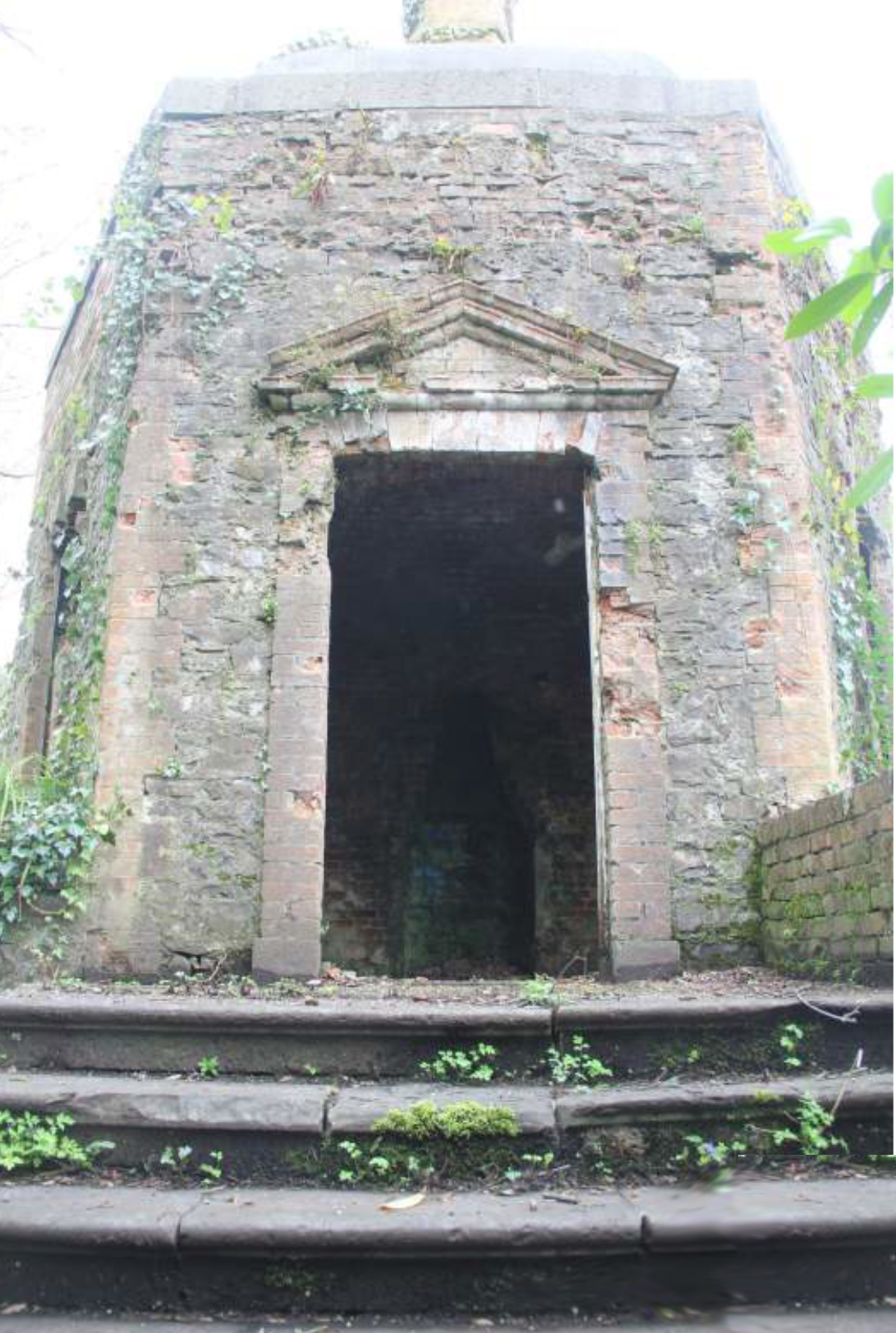 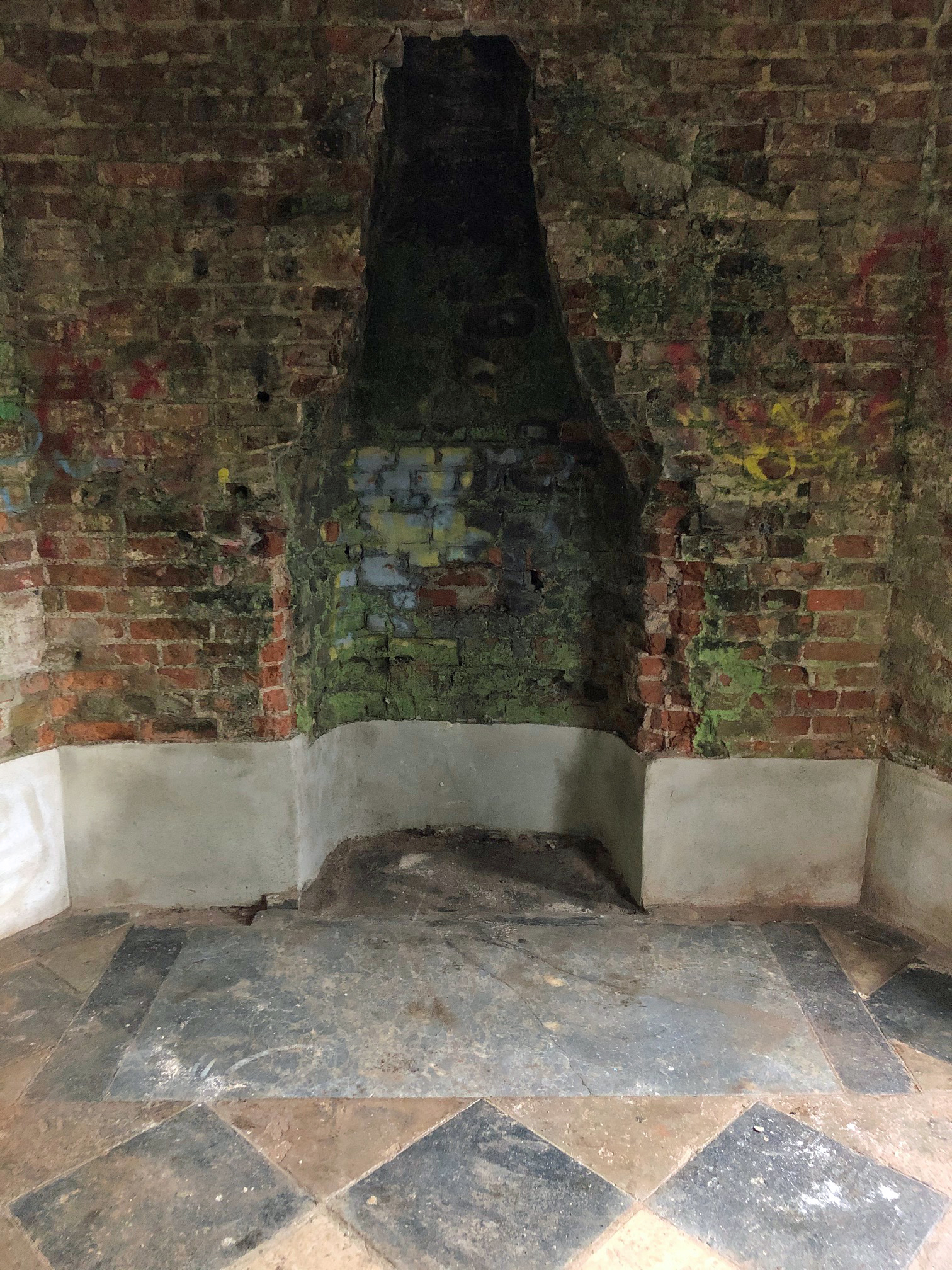 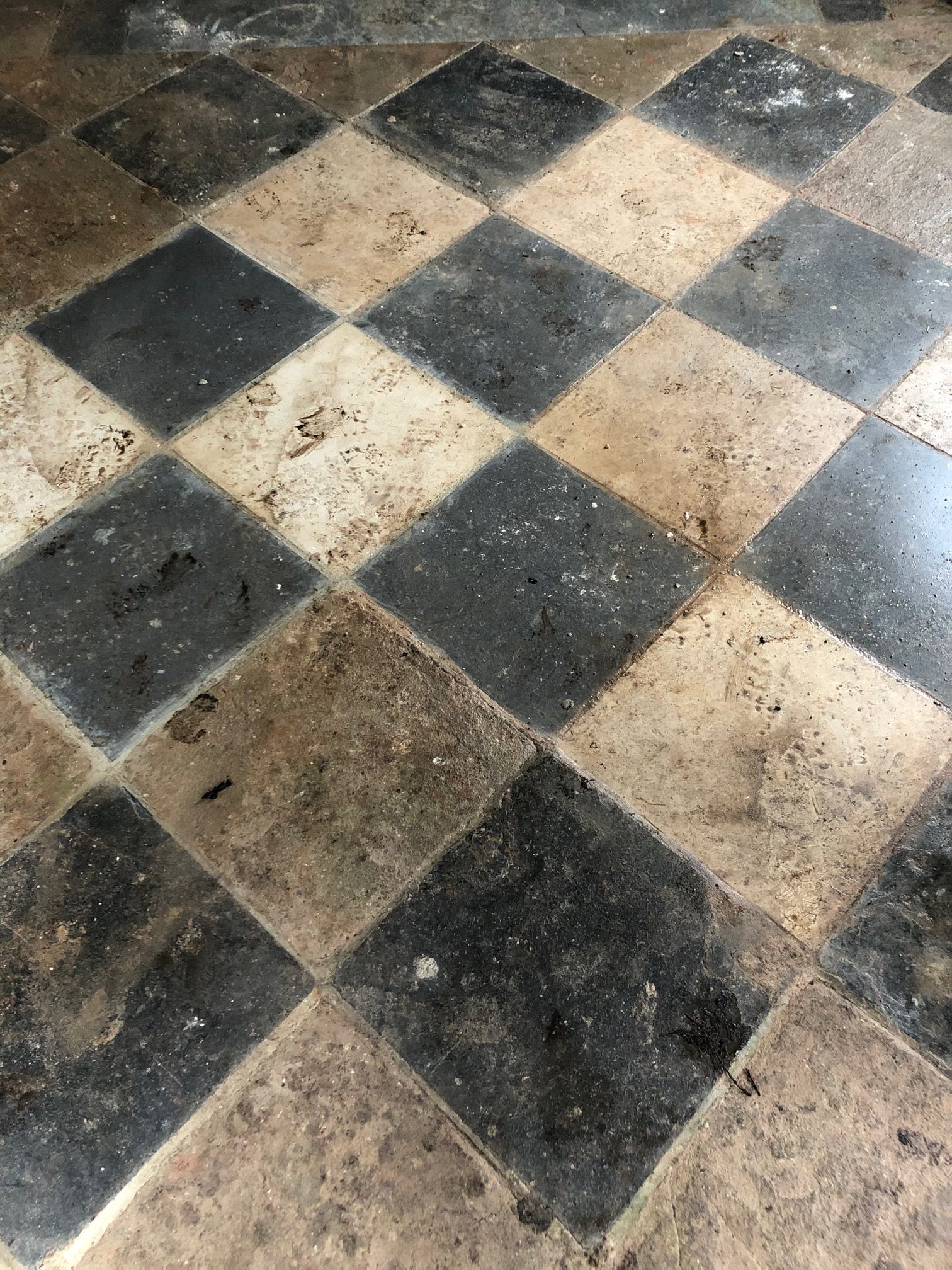 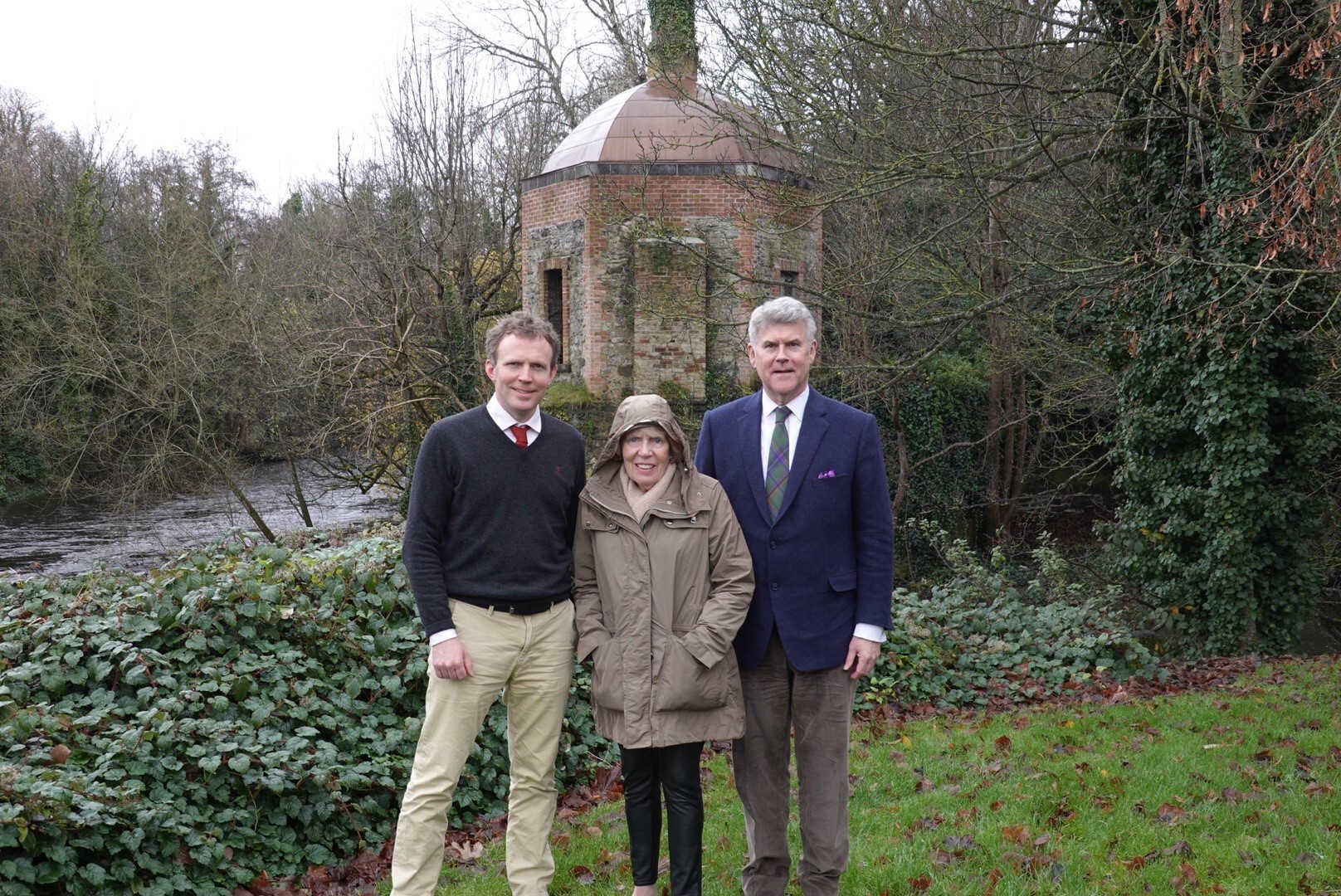 The boathouse was constructed in the mid to late eighteenth century and lies in the grounds of Leixlip Castle at the confluence of the Rivers Liffey and Rye, close to where the much painted Salmon Leap once stood. The structure is of two parts: a cavernous space at water level in which a boat would have been housed, and above this a space that was probably used as a viewing platform and for picnics. The structure is topped by a copper-clad dome and a tall, hexagonal chimneystack.

From Leixlip Castle, the boat house is approached down a steeply inclined path that opens out to a clearing on reaching the river bank. This route once formed part of a celebrated walk on the banks of the River Liffey. A flight of carved stone steps rises to a pedimented brick-lined doorway though the door has long been removed. Inside is a hexagonal room with a brick-vaulted ceiling and stone-flags on the floor. A hearth lies directly across from the doorway and three window openings frame views out over the rivers; the sashes no longer survive and a fourth window has been blocked up.

The landscape around the boathouse has changed significantly over time. The once open area between the river and Leixlip Castle high above are now cloaked with trees changing the relationship between the two. Most significantly has been the affect of a hydro-electric dam upstream which reduced water levels and sadly resulted in the loss of the Salmon Leap. A direct consequence of this is that the boathouse now stands proud of the water. In recent years a community effort has seen the development of a small public park directly across the river from which there is a magnificent view of the boathouse. The Tidy Towns Committee involved in this park was one of the first to champion the restoration of the boathouse.

Conservation works have been undertaken in two phases. The first of these was completed in 2018 and saw significant repairs to brick and stone work to the parapet walls and window openings, and repairs using limecrete to the dome roof and re-instating a copper dome.

The second phase was undertaken during the summer and autumn of 2019. Externally this saw the fabrication of handmade bricks to replace degraded bricks in the door pediment and window surrounds, the repair and cleaning of the limestone steps and the repair of the boathouse vault. Internally, works included repairs to the domed ceiling, building up internal brickwork, and the replacement of missing flagstones. It was also necessary to remove two trees that had grown from the structure.

The restoration of the Leixlip castle boathouse will ensure the survival of this architecturally significant Georgian gem well into the future; it will also enhance the distinctive character of an historic picturesque landscape and contribute to the character of Leixlip’s historic town centre. Of particular significance for all those involved is its dedication to Desmond Guinness and the support this has attracted from his friends and supporters in the Irish Georgian Society.

Read an article on the restoration of the Lexlip Boathouse in the 2019/20 edition of the Irish Georgian Society Review here.