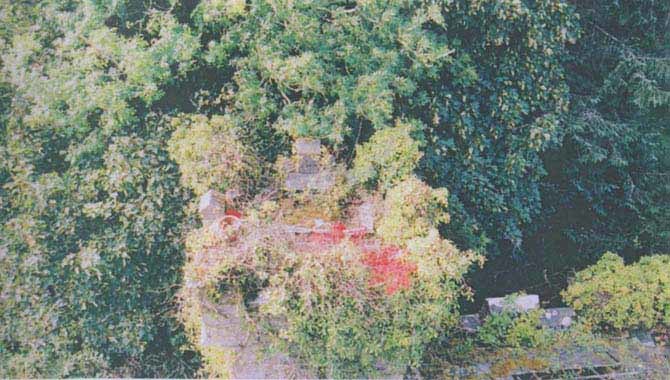 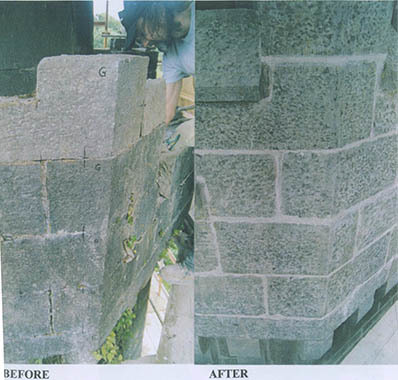 English architect Francis Goodwin was engaged to produce the main gate lodge at the Markree Estate in 1825 and it was subsequently completed in 1832. Its original purpose was to be used as a telegraphic tower to communicate with other estates in the area. Unfortunately, by 2006 the gate lodge was being reclaimed by the ravishes of nature. Lichen and other plant growth caused decay as well as cracking which allowed water ingress and the structure was also subject to vandalism. The gate lodge presents a first impression of the estate’s character and therefore its appearance and historical integrity are of vital importance to the entire demesne. A vast programme of repairs was undertaken by the owner, toward which the Irish Georgian Society awarded €2,000.

The Society’s grant assisted in the restoration of the stone parapet on the telegraphic tower which had been crumbling. The parapet and corbels were subsequently removed, damaged stonework was reinstated and replaced where necessary with appropriate lime mortar, and the stone watercourses were made good to ensure proper water drainage.

Set at the principal entrance to the Markree Estate, the ashlar limestone gate lodge comprises a pointed carriage arch flanked by a two-level hexagonal and castellated tower topped by a further two-storey round structure. There is an additional entry in a square-plan, castellated two-storey tower which is attached to the main lodge by a one-storey castellated wall. A stepped parapet on stone corbels covers the main arch, while the other structures contain slit windows and square-headed openings as well as timber sash windows. With its telegraphic function, this Gothick structure is one of Ireland’s most interesting gate lodges.