Conservation St. Michael's and All Angels 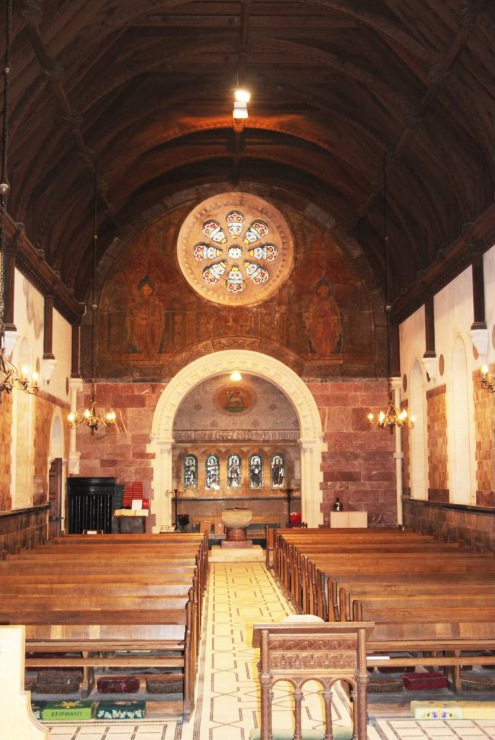 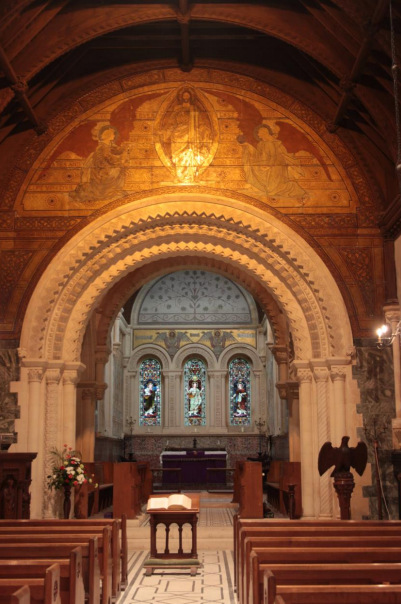 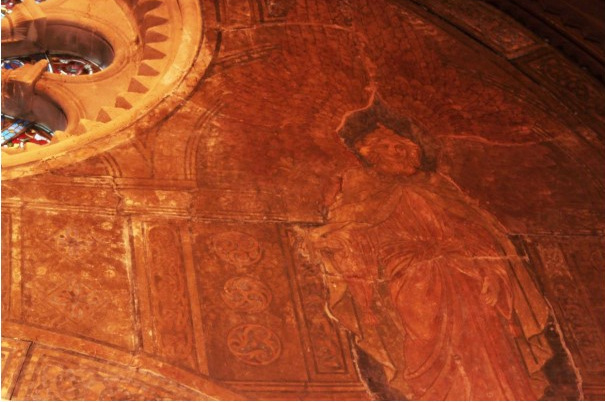 St. Michael's and All Angels church is an example of the Victorian Hiberno-Romanesque style highly influenced by Cormacs Chapel at Cashel and early Irish Christian Art. It is built in local limestone with Cumberland red sandstone with black arches from a quarry in Celbridge. Rounded arches and diagonal decorative features of the Hiberno-Romanesque Arts and Crafts movement decorate the entrances.

The church contains exemplary Arts and Crafts features such as Cloissoné (enamelled copper-considered to be an ancient Irish art) decorative panels by Clement John Heaton (1861-1940) and Scraffito by Heywood Sumner. The stained glass windows on the North side of the nave describe the Old Testament, while hose on the south side describe the New Testament. All the stone carving within the church is in white Bath stone and was carried out in Dublin. A lovely feature of the church is that each carving is unique and there is no repetition - every column capital is different. There are 75 carved stone capitals, 84 bosses, corbels and finials - all unique. The Cloisonné panels depict the Ascension at the East end and Saint Gabriel at the West end.

St. Michael and All Angels is found in the townland of Millicent South, about a mile outside the village of Clane, Co. Kildare. The site was donated and the building paid for by Thomas Cooke-Trench who came to live in Millicent House and Demesne in 1876 who was horrified at the condition of the Church of Ireland Church in Clane Abbey. The condition of this act was that the Vestry would accept the plant he drew up which they did in the same evening they were presented. It was built and designed by James Frankilin Fuller (1835-1924) and was consecrated in 1883. The building suffered fire in 1947 which destroyed the internal carved furniture, much of which was made by Arthur Hayball of Sheffield, and smoke damage altered the appearance of the Cloisonné panels.

The Society granted €5,000 for the cleaning of the Cloisonné panels. The smoke damage to these panels has masked the true colors and details of the artwork.