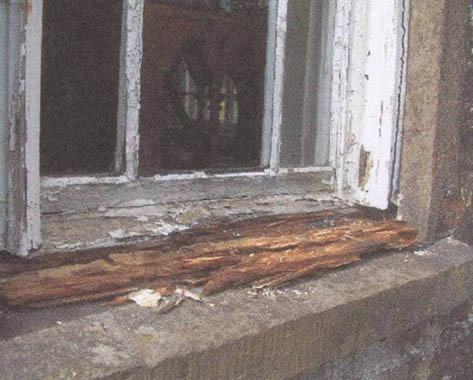 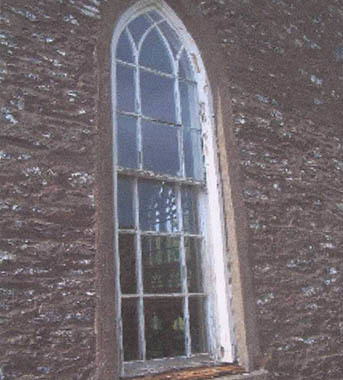 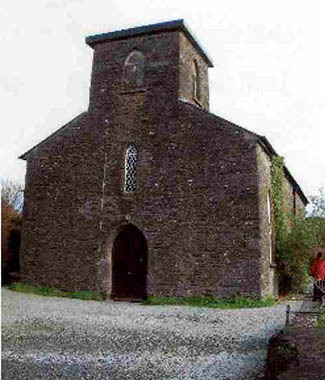 Built on the site of an earlier church, Saint James’s Church was erected through a gift of ₤1,100 from the Board of First Fruits in 1808 and the enlargements and repairs that took place circa 1840 were funded by the Ecclesiastical Board. At some point in its past, two of the church’s original windows were inappropriately replaced with modern casement windows. In 2004, Mr Eric Prestage of Tralee applied to the Irish Georgian Society for funding to repair and restore the church’s ten windows. The Society responded with an award of over €4,000 which was a significant part of a broad programme of restoration.

Large areas of rotten timber framing or tracery were replaced by scarfing in new timber and small areas of damage were repaired using approved two-part epoxy resins. Flax cords and pulleys were mended so that the windows could again act as sashes and existing windows were completely redecorated, including their putty beading.

In addition, the two inappropriate casement windows were replaced with new windows to match those existing in profile, section thickness, and mouldings. These are now in keeping with the church’s architectural character. St. James’s Church is still in use as a place of worship, as well as a lecture venue and the site of summer concerts.

Built in the Georgian Gothic Revival style, the church’s side elevations are five bays wide and the southwest gable includes a square-plan tower whose former spire was taken down in 1974. A single-bay, double-height transept was also added in 1840. All walls are of rubble stone, some rendered, and there are projecting eaves. The church also boasts lancet windows with framed lattice glazing as well as an elaborate chancel window with timber tracery.