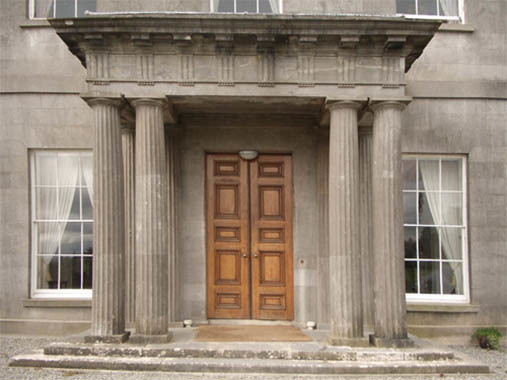 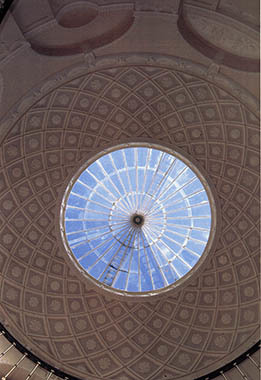 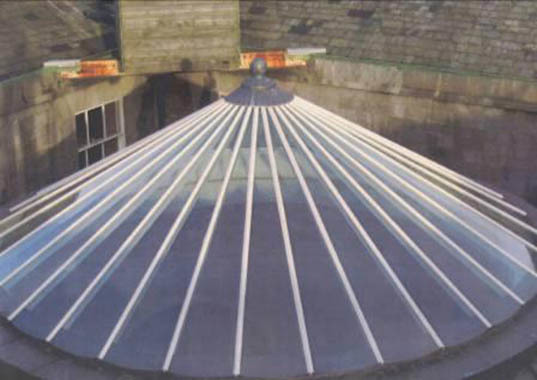 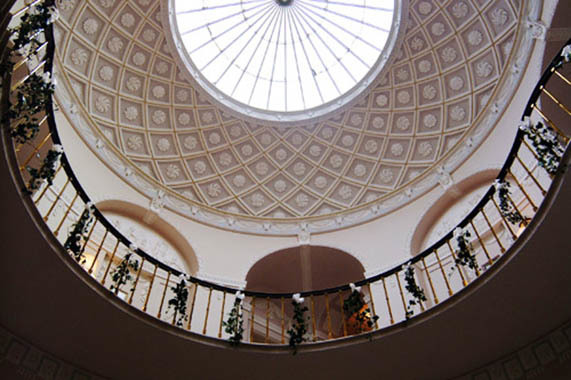 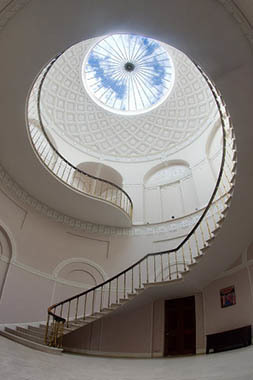 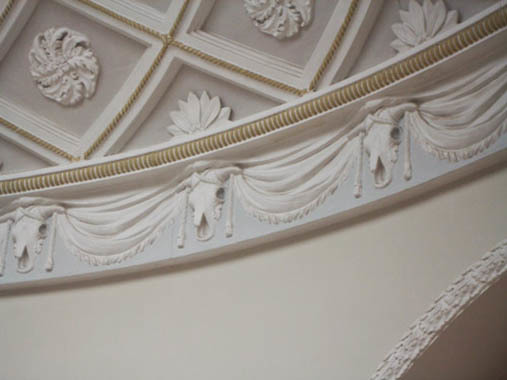 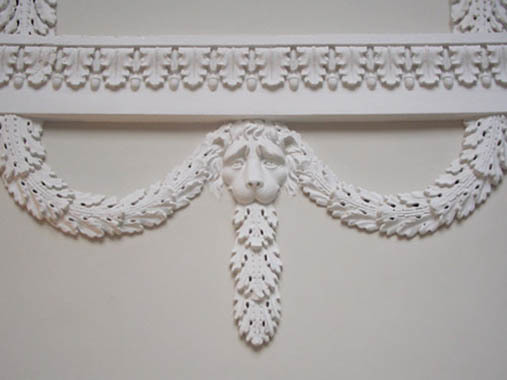 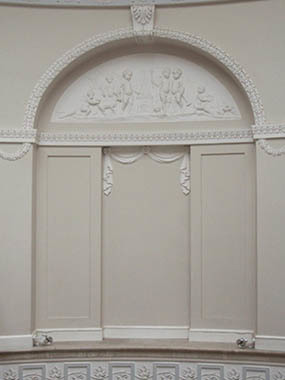 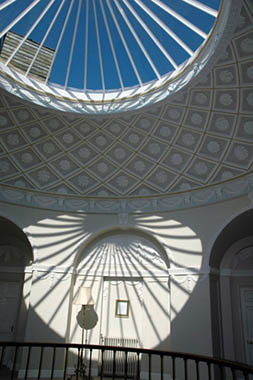 Designed by Francis Johnston for Blaney Balfour in 1794, Townley Hall, Co. Louth, is considered one of his finest works. The home was passed down through the Balfour family over the centuries and finally was purchased by Trinity College, Dublin in 1956. The house is set on a prominent site in parklands which, in 1827, were called by Gardener’s Magazine, “one of the most magnificent demesnes in the kingdom.” In 2003 the owners applied to the Irish Georgian Society for funding to repair the faulty rotunda flashings and the damage caused by water ingress. The Society supplied over €6,435 for these projects.

The rotunda roof flashings had caused significant damage to the structural ring beam at wall plate level. Not only was the structural integrity of the splendid dome compromised, but original, decorative plaster detailing was affected as well. Thanks in part to the Society’s donations, it was possible to erect a temporary cover which enabled the repair of the roof structure using best practice techniques.

Townley Hall is a two-storey, square building of seven bays. The west elevation has a kitchen which features deep-set windows and Grecian Doric columns. The exterior of the house was completed in a restrained manner with the roof concealed behind a parapet and few decorative effects but for a string course and cornice and a Doric single storey portico to the front. However, the interior is simply but masterfully executed, the main attraction being the central, coffered rotunda and spiral, cantilever staircase. Around the upper level of the rotunda are apses, niches, and arched recesses.