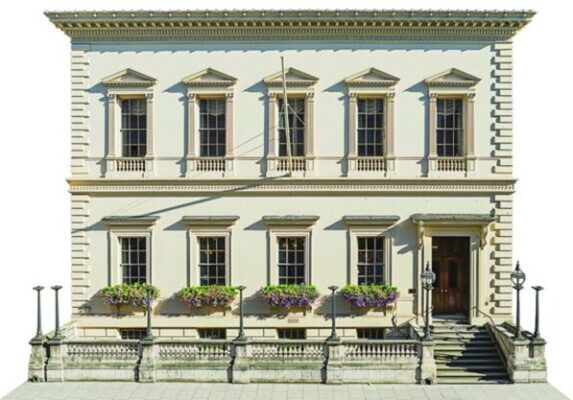 The pre-Christmas Club dinner has become a firm fixture in the London Chapter's annual calendar and this year's will be our sixteenth. For those who are new to all this, previous dinners have been held at Clubs such as the Reform, Cavalry & Guards, Garrick, Boodles, Brooks's, Oriental and Carlton - each one has been a sell-out. This year we will be dining at the Travellers Club in Pall Mall.

In the aftermath of the Napoleonic Wars, Lord Castlereagh, the then Foreign Secretary, had the idea of establishing a London club to enable gentlemen who had travelled abroad to meet and entertain distinguished visitors from overseas. The Travellers Club was founded in 1819 for this purpose. Early members included five future Prime Ministers. Talleyrand, French Ambassador to the Court of St. James’s from 1830 to 1834, was a frequent user, and many distinguished diplomats, peers and members of the government have been members. The early tradition has endured and flourished. The Club still counts foreign Ambassadors and High Commissioners in London, and about 100 present and former members of Her Majesty’s Diplomatic Service, among its members.

Sir Charles Barry, who was selected as the architect, was the ideal designer for the Club. Recently returned from the Grand Tour and beyond, Barry’s travels left a clearly discernible stamp on his architectural designs. Raphael’s Palazzo Pandolfini in Florence inspired the Pall Mall elevation of the Travellers and the garden elevation owes much to Venetian influence. Barry received just under £1,500 for his work, and became a member of the Club in 1834.

Today, the Library remains the room in the Clubhouse most closely associated with travel. In character, it may be summarised as a gentleman’s library of the last century and the content may be classified as two-thirds travel. The original catalogue was prepared by Benjamin Wheatley, the distinguished bibliographer, who also worked at the Athenæum. Much admired by Lord Curzon as the perfect room for a library, it is generally regarded as one of the most charming rooms in London. The central section is particularly striking, decorated with a cast of the Bassae Frieze, which was excavated in the Peloponnesus by the architect C.R. Cockerell, founder member of the Club.

This year's speaker promises to be a real treat. Tim Wonnacott, who will be known to many of our members from his various differing activities, is a chartered auctioneer, chartered surveyor, antiques expert, narrator, and a television presenter.

He is best known for having presented the BBC daytime programme Bargain Hunt from 2003 until 2015, and has been the narrator of Antiques Road Trip since it began in 2010.

His career started at Sotheby’s where he spent 25 years culminating in his appointment as sole chairman of Sotheby's South, based at Billingshurst in Sussex and at the Sotheby's saleroom in Olympia, London.

In January 2003, he left Sotheby's in order to concentrate on his media activities. He also started the fine art agency and brokerage business Tim Wonnacott & Associates. The business is designed to provide independent advice to both buyers and sellers of antiques.

In July 2003, Wonnacott replaced David Dickinson as the daytime host of the popular BBC One television programme Bargain Hunt. The original contract was for 30 shows, but this was extended to over 350 shows in the light of his appeal to viewers.

If all that was not enough, he took part in Strictly Come Dancing.in 2014 and succeeded in lasting until week 4. Perhaps an example that some of our younger IGS members might like to emulate.

It promises to be an entertaining evening!

Following the success of previous years there will be an auction to raise much needed funds for the Society. Last year included books, theatre tickets, overnights stays, weekend breaks and a week’s holiday. Any offers of auction prizes will be most welcome.

Guests will be welcome. If you would like to sit near another member then please inform us and we will try to arrange the seating plan accordingly, but cannot guarantee being able to meet everyone's requirements.

Applications will be accepted online or by cheque.

For those wishing to book online please contact Marylyn Bacon at the following email address: streakybacon@ramsdenfarm.co.uk with the information set out below. Once Marylyn has received the required details she will supply the bank details for payment.

FOR APPLICATIONS BY CHEQUE

Please return the above details to the address shown below together with a cheque for the appropriate amount made out to "Irish Georgian Society London".