Events ‘Capard: Writing the history of an Irish country house and estate’ 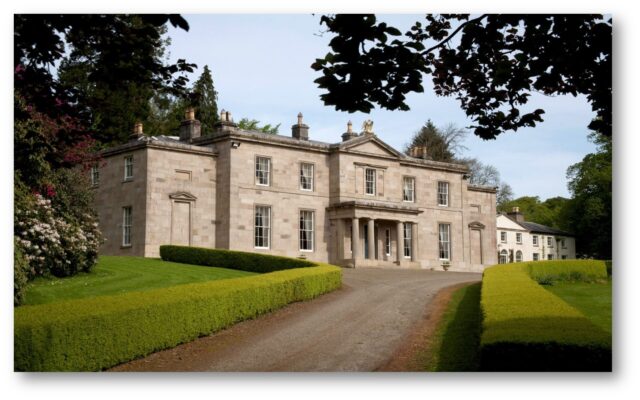 Capard House seldom featured on the trail of the travel writer or gazetteer, only briefly attracting attention during its elaborate construction in the late 1790s. In many respects, Capard remained unknown to the outside world and lay in the shadow of the other great houses of Laois. However, Capard was central to the social, economic and political life of Rosenallis and the wider community over several hundred years. Since 2015 Capard has undergone one of the largest restoration projects of an Irish country house to date. Dr Ciaran Reilly is an historian of nineteenth & twentieth century Irish history based at Maynooth University. He is the author of The Irish Land Agent, 1830-60: the Case of King’s County (2014); Strokestown and the Great Irish Famine (2014) and John Plunket Joly and the Great Famine in King’s County (2012).