Events ‘Contrasting counties: a bird's-eye view of the architecture of Central Leinster' with Andrew 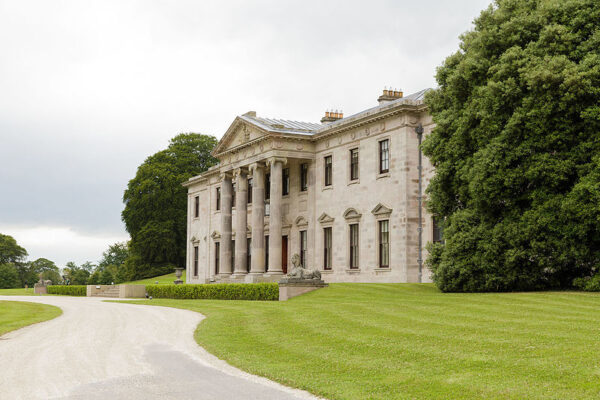 Central Leinster which was published in 2019 covers a historically rich and nuanced territory, from the western borderlands of the medieval English Pale to the wild expanse of the Bog of Allen and further west to Clonmacnoise, cradle of early monasticism, with its Hiberno-Romanesque ruins, sculpted crosses, and elegant round towers. The Palladian mansions of Kildare and the romantic castles of Offaly stand within ancient forests, and Neoclassicism flourished with grand houses by James Wyatt at Abbey Leix, by James Gordon at Emo, and by the Morrisons at Ballyfin. Georgian streetscape finds its best expressions in Mountmellick and Maynooth. Andrew Tierney studied architectural history and archaeology at University College Dublin and has taught at UCD, NUI Maynooth and the University of Liverpool. He has worked on various Irish Research Council funded projects, including Making Victorian Dublin, Stonebuilt Ireland, and Craftvalue. In 2017 he published The Doctor's Wife is Dead (Penguin). He is currently Irish Research Council Laureate Project Fellow at TRIARC in Trinity College Dublin.