Events From Gainsborough to Gothic Nightmares: Art History in Cost of Revolution 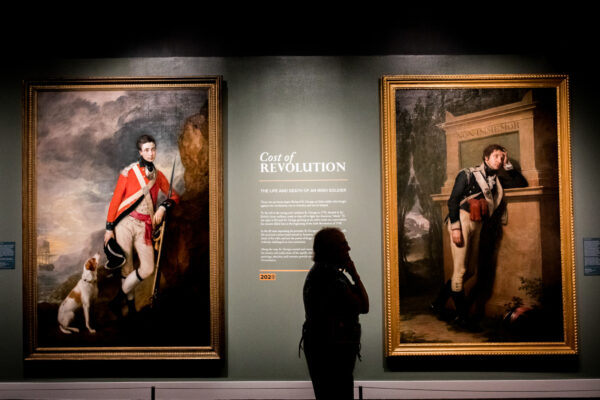 Thursday, March 5, 2020 at 6:00 p.m.
FROM GAINSBOROUGH TO GOTHIC NIGHTMARES: Art History in Cost of Revolution

Join Dr. Martin Myrone, Senior Curator of British Art to 1800 at Tate Britain in London, UK, for a presentation exploring the extraordinary life and art of Richard St. George in its art historical context. Myrone will discuss how he identified St. George as the sitter for Thomas Gainsborough’s portrait, previously known to art historians only as An Officer of the 4th Regiment of Foot, on loan to the Museum of the American Revolution from the National Gallery of Victoria (Melbourne, Australia). Re-identifying this striking portrait opened up connections between the historical trauma of the Revolution and the fantastical culture of the Gothic, involving cheap shocks, weird plots, and amateur dramatics.

Please note, this event is not organised by the Irish Georgian Society. For more information see www.amrevmuseum.org/events

Link to Special Exhibition: Cost of Revolution: The Life and Death of an Irish Soldier

Get tickets by visiting the Museum of the American Revolution events page below.