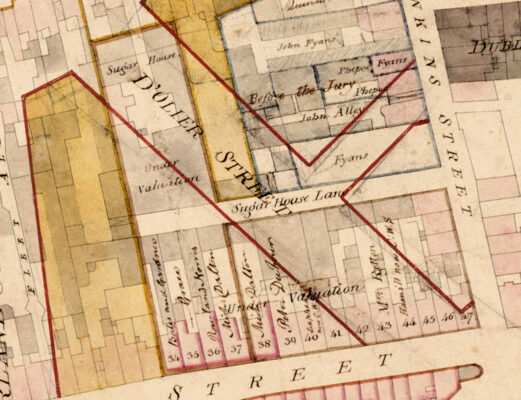 A nine-week online talks series exploring the architecture and urban morphology of the Irish cities of Belfast, Cork, Derry, Dublin, Drogheda, Kilkenny, Limerick and Waterford during the long eighteenth century.

Commencing with an introductory talk by keynote speaker, Professor David Dickson, author of ‘The First Irish Cities: An Eighteenth-Century Transformation’ (Yale University Press, 2021) and followed by a series of weekly talks delivered by distinguished speakers that will focus on the architecture and urban morphology of the individual cities.

It is possible to book for talks individually at a price of 15 euro or for all talks at a discounted rate of 105 euro (two talks for free).

Talks are pre-recorded. Talks will be issued at 6.30pm each Tuesday evening and are available to watch for seven days after issue.

Attendance at the talks are recognised as structured CPD by the RIAI (9 points) and the CIF Register of Heritage. Contractors.

This talks series forms part of the Irish Georgian Society's Conservation Education Programme which is supported by the Department of Housing, Local Government & Heritage and The Heritage Council.