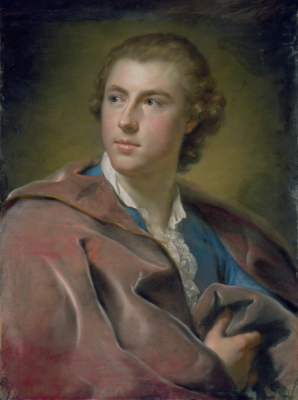 William Burton Conyngham (1733-1796), the leading antiquarian of his day, commissioned international artists to execute hundreds of drawings of Ireland’s ancient monuments which formed the most extensive collection of watercolours in eighteenth-century Ireland. He intended (in vain) to publish them in albums, but only Grose’s Antiquities of the 1790s partially succeeded in doing so.

Conyngham was portrayed in Rome by Mengs (one of whose paintings he donated to the Society of Artists), but also in Dublin by Gilbert Stuart and Hugh Douglas Hamilton. He presented Brian Boru’s harp to Trinity College.

Dr Peter Harbison is a member of the Royal Irish Academy and its honorary academic editor. He is author of William Burton Conyngham and His Irish Circle of Antiquarian Artists published by Yale University Press in 2013.