Events The Life and Times of the Duchess of Argyll 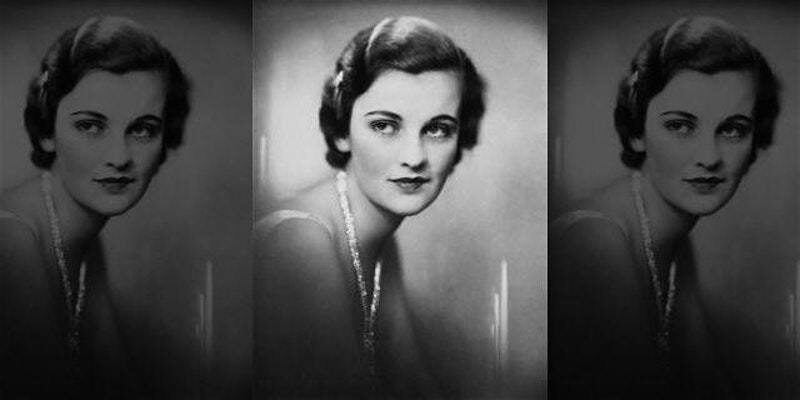 This event has been postponed due to the present issues with the Coronavirus (COVID-19). We will issue a new date as soon as we can.

Lecture on the fascinating life of the Duchess of Argyll, with some bubbles and wine to start, followed by a wine and cheese reception.

Margaret, Duchess of Argyll (1912-93), has a fascinating life story, including an infamous divorce case.

She was the only child of a multi-millionaire, Gorge Whigham and her Coming Out Ball, which launched her into High Society, was a sensation. Soon her name was being coupled with Prince Aly Khan, and later the Earl of Warwick of Warwick Castle.

After her first marriage, in 1951 Margaret married the 11th Duke of Argyll. She spent a lot of her own fortune refurbishing and restoring the Argyll stately home, Inverary Castle, near Glasgow, originally by Sir John Vanburgh, architect of Blenheim Palace and Castle Howard.

Her marriage to the Duke broke up in 1960 and the infamous divorce case took place in Edinburgh in March 1963. Her scandalous divorce was the longest, costliest, contested divorce in legal history. The Duke claimed that she had committed adultery with a number of men, including the German Ambassador, while the Duchess claimed the Duke had committed adultery with her own mother in law!

The divorce case did her a lot of damage in terms of press coverage and then her money started to run out. She faced crippling legal bills and was forced to open her elegant London house, in Upper Grosvenor Street, to paying members of the public. In 1993, she died penniless in a nursing home in Pimlico.

Ronald Porter has been a life member of the London Chapter for many years. He is an experienced lecturer and frequently gives talks at the National Liberal Club on his favourite topics of country houses and political, royal and social personalities of the 20th century. The last lecture he gave for the IGS took place about ten years ago; it focused on the Russells and Woburn Abbey. His talks are aided by slides and relevant music.

The lecture will be delivered at the central London office of Donald Insall Associates, located at 12 Devonshire Street, W1G 7AB. Doors will open at 6.30pm, with wine and some bubbles served before the lecture begins at 7pm. The lecture will last approximately 45 minutes to 1 hour, with a further 10-20 minutes for questions.

We will host a wine and cheese reception after the lecture, which will finish at 9.30pm.

Get tickets by visiting our store below. Ticket sales are powered by EventBrite