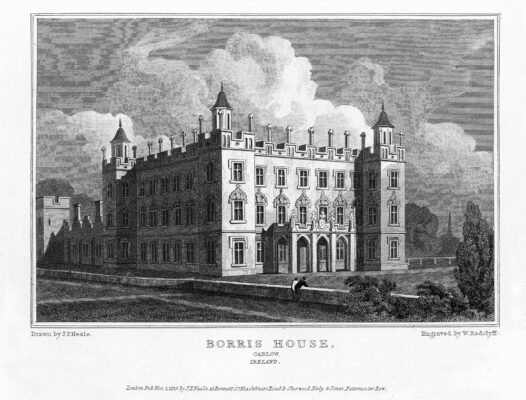 This is the opening keynote talk in the Irish Georgian Society’s nine-week autumn lecture series, Georgian Homes: material culture of the domestic interior in 18th-century Ireland.

Through the examination of inventories from great Irish households, both town and country, Adamson will provide insights into the many and varied artefacts owned by Georgian high society. The contents of homes under discussion are diverse, and as Leslie Fitzpatrick notes in her preface to the book, ‘Demesnes large, and in some cases, viceregal or ducal – Kilkenny Castle and Carton House – compare with the more modest, Kilrush House and Borris House, whereas the inclusion of town houses in Dublin and London reveals the contents of homes carefully furnished to entertain and impress.’

Biography: John Adamson, Fellow of the Society of Antiquaries of London, is a publisher of books in the fine and decorative arts and the history of material and visual culture and is also a translator of art and architecture books. His translation for éditions Faton of a book edited by Jean-Sébastien Cluzel was published on 19 August 2022 under the title Japonisme and Architecture in France, 1550–1930. The most recent title under John Adamson’s own imprint is Great Irish Households: Inventories from the Long Eighteenth Century (October 2022), published as a tribute to Desmond FitzGerald, the Knight of Glin (1937–2011).

This is the opening keynote talk in the Irish Georgian Society’s nine-week autumn lecture series, Georgian Homes: material culture of the domestic interior in 18th-century Ireland which will explore the material culture of the Irish Georgian house, in both town and country, focusing on interior decoration, furniture and fine art. The talks will examine the manner in which these furnishings and decorations responded to the use of the interior spaces by their inhabitants; reveal the influences on their stylistic evolution; reflect on the province and economics of materials and manufacturing methods; and consider how the presentation of decorative finishes and objects in domestic settings acted as social signifiers of the inhabitants’ taste and status. The talks, which will examine the presentation and decoration of the homes of the elite and ‘middling’ sorts, will provide an overview of objects and collections that were designed and manufactured by native and foreign craftsmen and artisans, both in Ireland and abroad.