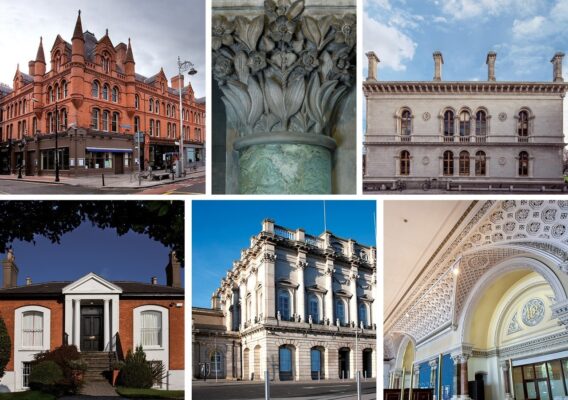 Victorian Dublin Revealed: a celebration of the city’s 19th-century architectural legacy, an evening lecture series - Presented by the Irish Georgian Society and Dublin City Council’s Heritage Office and delivered by established academics, authors and conservationist, the lectures will celebrate the rich architectural legacy of the Victorians. The series will delve into the built heritage of the 19th century Dublin, examining its domestic, ecclesiastical, commercial, philanthropic, cultural and infrastructural architecture and place the buildings in their social-economic and political context.

Venue: Lectures take place at 6.30pm every Tuesday (except for the second lecture which takes place on a Monday) during October and November 2019 at the Irish Georgian Society’s City Assembly House, 58 South William Street, Dublin 2.