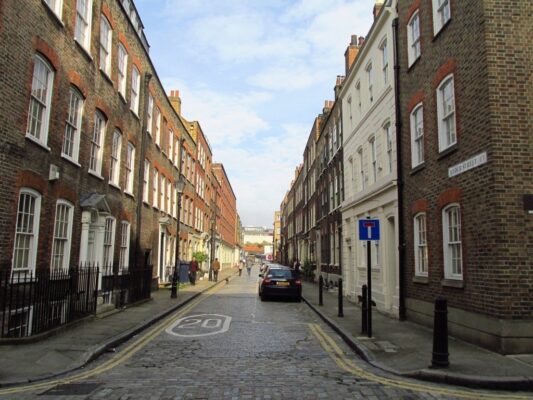 Young Irish Georgian (YIGs) drinks reception in the former home of Mariga Guinness in Spitalfields, followed by a short talk on Mariga by noteworthy historian and local Dan Cruickshank.

Dan Cruickshank has known Spitalfields since the late 1960 and one of his first and most memorable encounters in the area was with Mariga in the early 1970s, just after she had moved into and repaired a remarkable 1720s house in Elder Street. She was inspirational and doing a splendid job keeping destructive-minded developers at bay by demonstrating that the area's often decaying early Georgian houses were worth saving and could make delightful homes.

Mariga and Cruickshank soon became friends, and remained so until her death. Partly inspired by Mariga's example, Cruickshank was involved in 1976 with the foundation of the Spitalfields Historic Buildings Trust, started to continue the battle to save historic Spitalfields. He became yet more intimate with Spitalfields when - in 1977 -Cruickshank bought his own decaying early Georgian house in Elder Street, where he still lives.

Numbers for this event are limited so please book early.