Since 2014, the Irish Georgian Society has run an annual Conservation Grants Programme, through the financial support of the Irish Georgian Society London. The grants programme provides financial support for works to structures of significant architectural merit. Structures of all periods are eligible but priority will be given to older buildings on the basis of rarity and potential fragility relating to age. The scheme is announced annually in February/March of each calendar year. 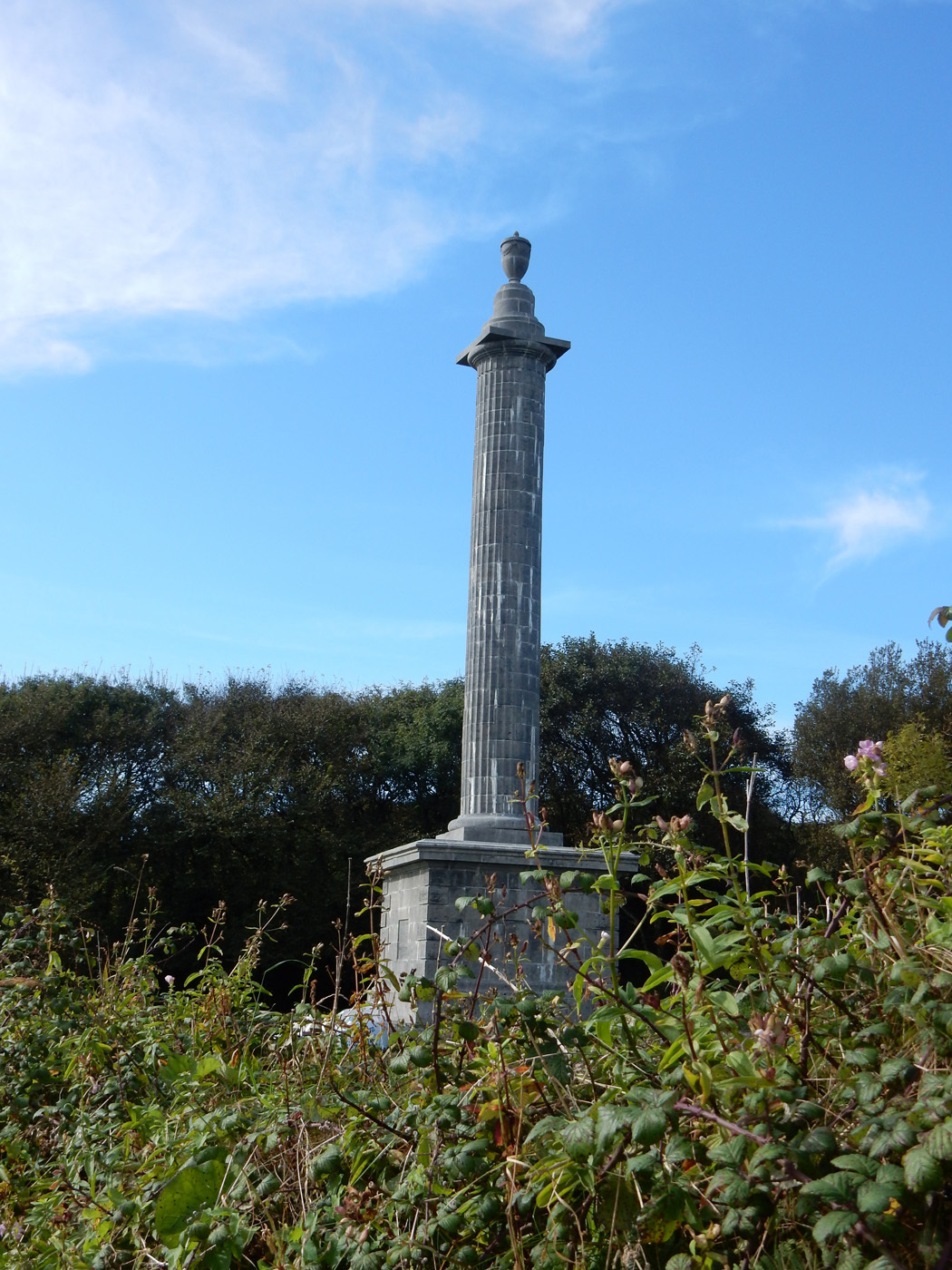 The Follies Trust applied to the IGS Conservation Grants Programme in 2017 to assist them in conserving a handsome fluted Doric column designed by J.Petty Esq. C.E. and built of Liscannor limestone; it is about 70 feet high with an urn on the top. Originally the plan was to place a statue of Cornelius on the top but for some reason this was replaced by an urn. 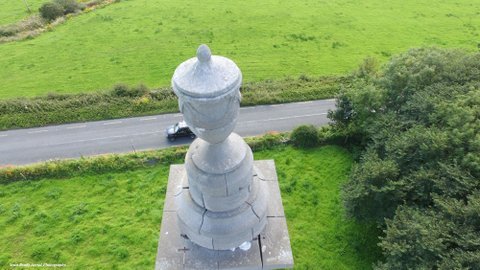 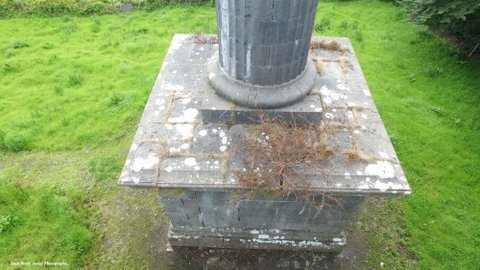 The Follies Trust became aware that the urn was listing to one side when they undertook the conservation of the nearby Relievers’ well at Ardnacraa in 2014. The Column was on private property but the Trust agreed to become involved after commissioning a drone survey from Sean Brady showing the extent of the problem. The iron straps on the capital below the urn had rusted and caused the joints in the stonework to open. This was allowing water ingress and caused discoloration of the stone shaft and some deflection of the column. 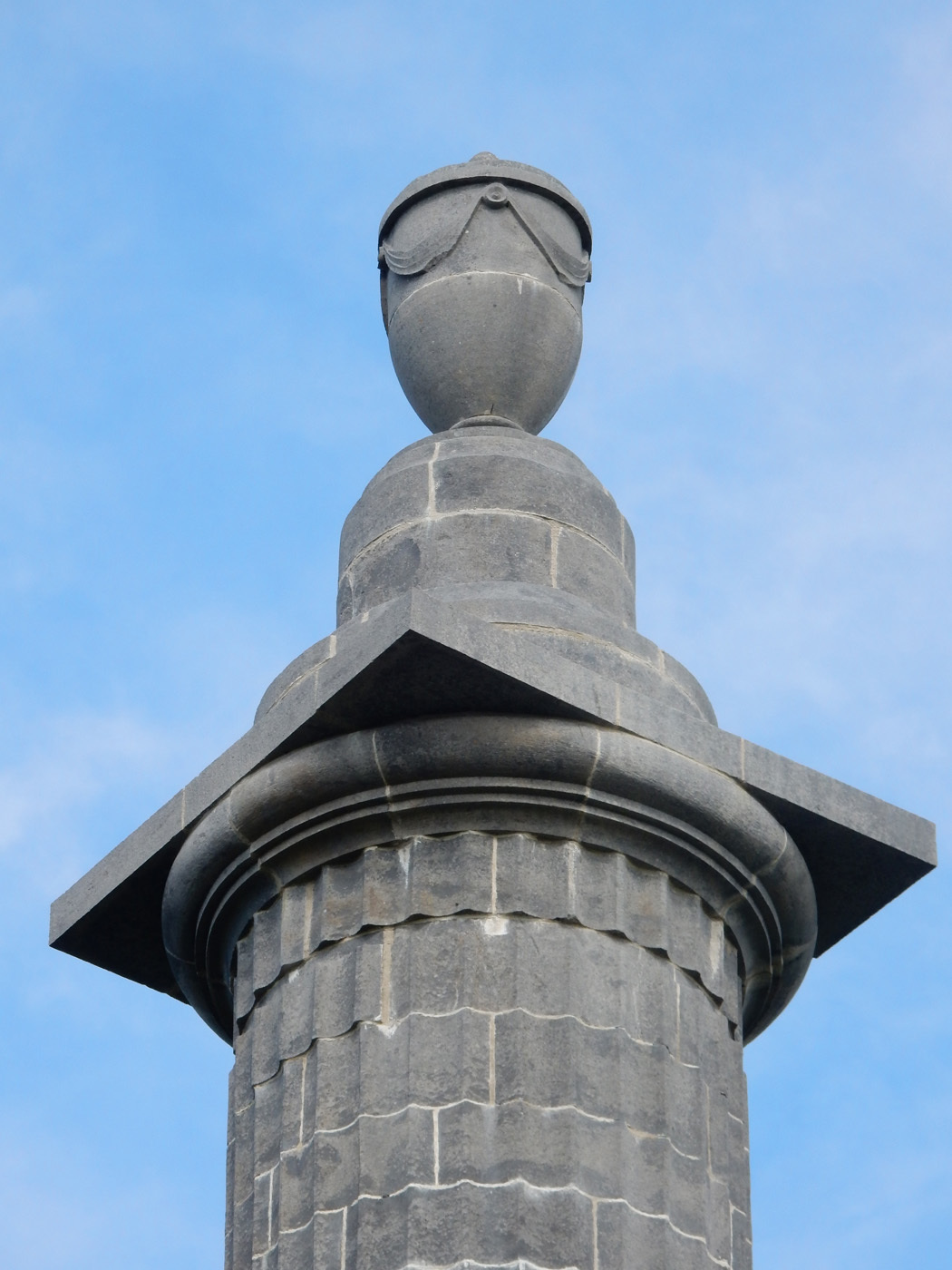 The IGS Conservation Grants Committee was pleased that The Follies Trust was working with the recently formed Friends of the O’Brien Column under the chairmanship of Dr David Fleming. They recognised that raising funds for a structure such as a column which has no regenerative possibilities was not easy and wanted to support them. The Trust and Friends of the O’Brien Column raised funds totaling €62,000 from the Irish Georgian Society and other sources. The works, which began in May, were completed in August, and undertaken by Eoin Madigan, a local stonemason and fellow of the Society for the Protection of Ancient Buildings.

The Cliffs of Moher & The O'Brien Legacy, available from the IGS Bookshop

To mark the successful completion of the project and to thank those who contributed, a special book was published by the Follies Trust containing essays about the history and the conservation of the column. Titled ‘The Cliffs of Moher & The O’Brien Legacy’ it was launched by Cllr Pat Burke, Deputy Mayor of Clare, at the Cliffs of Moher Visitor Centre. The book is selling well and is available from the IGS Bookshop, and the column is attracting a lot of interest – 1.5 million people visit the Cliffs annually. The Society can be proud that it assisted this excellent project to conserve an iconic structure in County Clare.

Learn more about the specifics of the O'Brien Column building project on the IGS website.

Primrose Wilson is President of Ulster Architectural Heritage, a founding member of The Follies Trust and sits on the IGS Conservation Grants Committee.