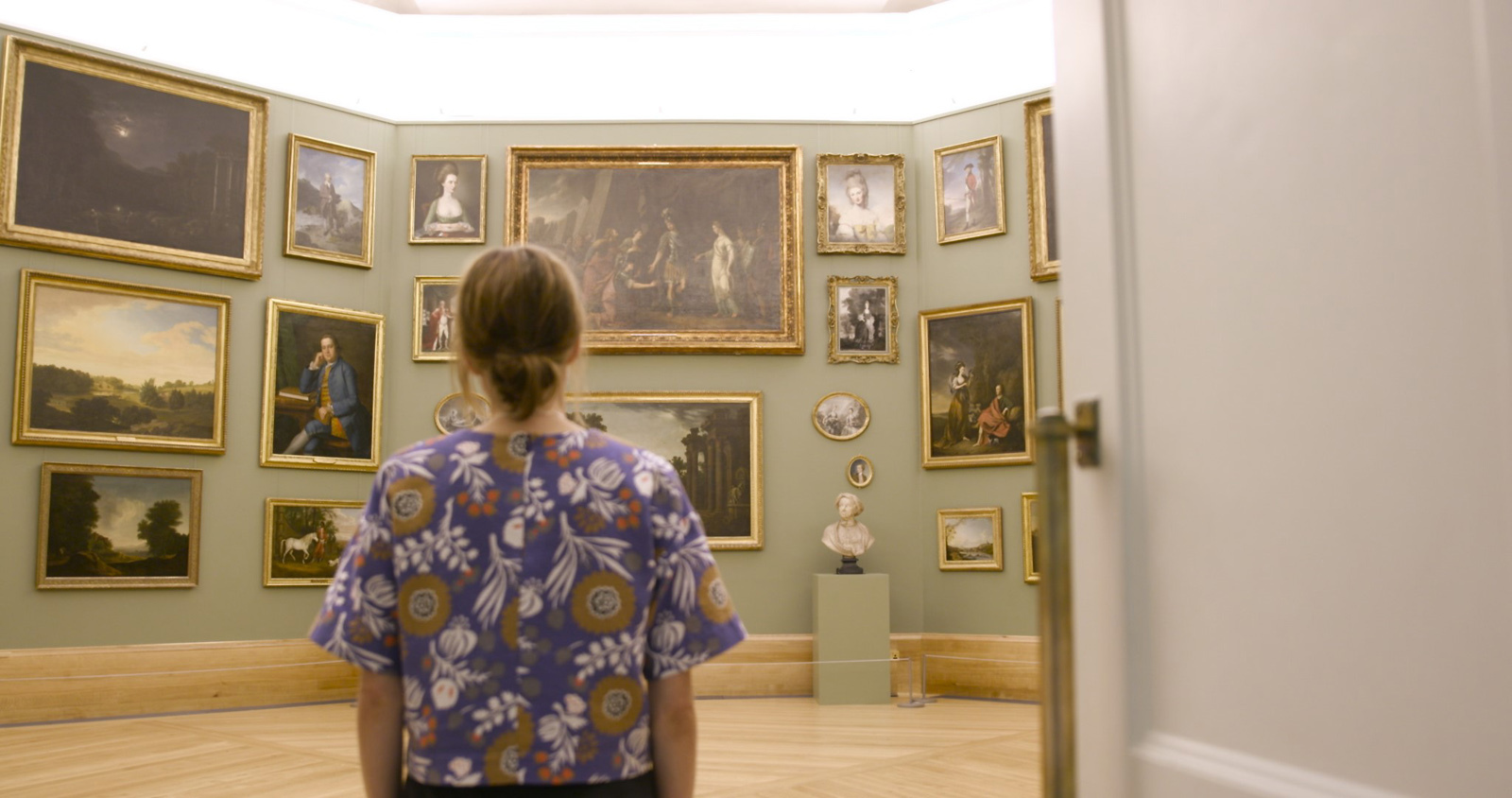 The Irish Georgian Society’s move to the City Assembly House in 2010, and their complete renovation of the building brought with it an exciting and unprecedented opportunity to recreate a seminal moment in the history of Irish art; the introduction of large-scale public art exhibitions. Celebrating the building’s original incarnation as the first purpose-built public art gallery in Britain and Ireland, an exhibition was planned which that would reassemble some of its the gallery’s earliest exhibits in the octagonal exhibition room in which they were first displayed (now known as the Knight of Glin Exhibition Room). 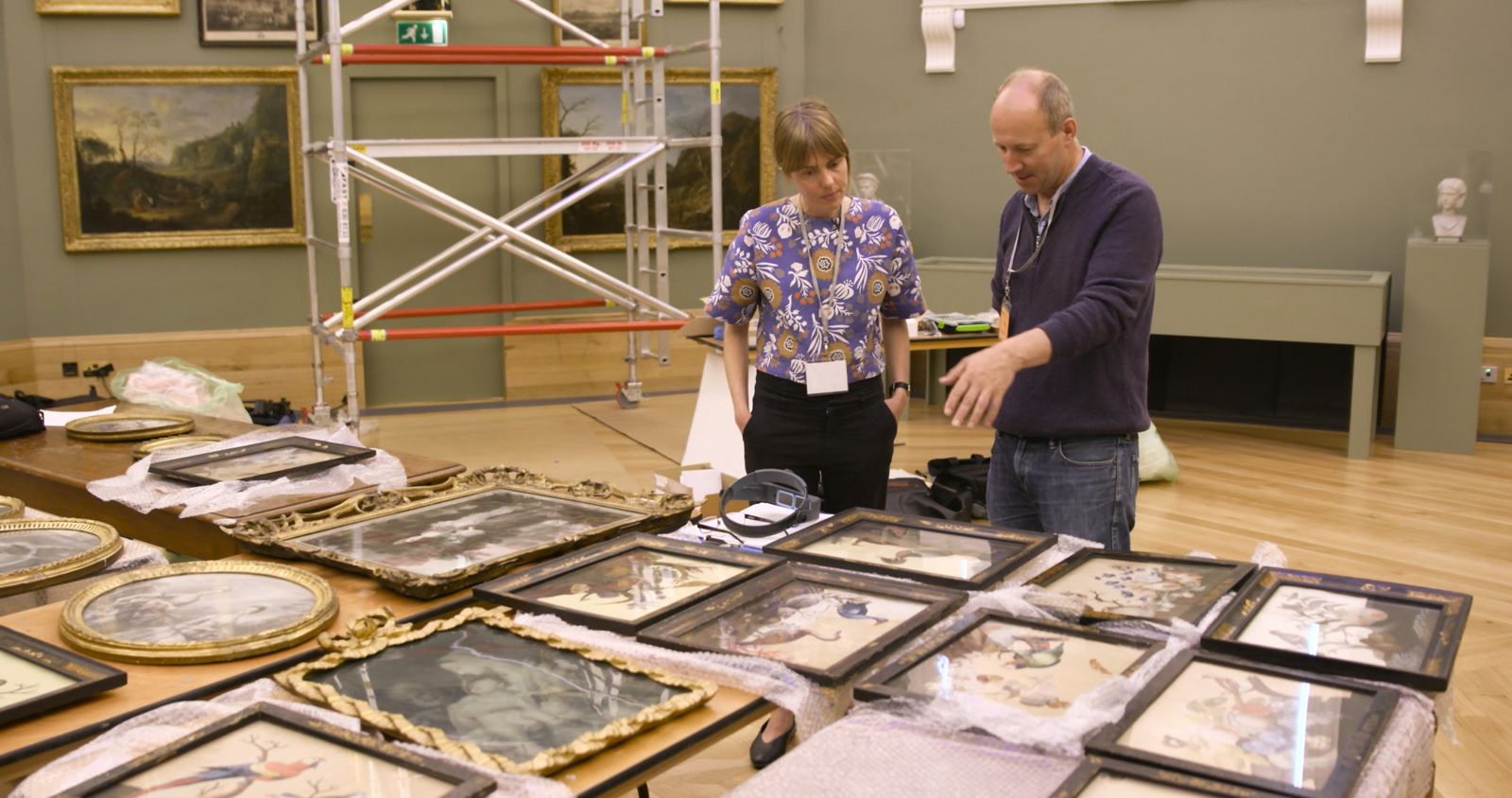 In our efforts to recreate the first exhibitions that took place in this space, we were following in the footsteps of a pioneering group of painters, sculptors and architects who came together in 1764 to establish the ‘Society of Artists in Ireland’; the first organization of its kind for Irish artists. Previously grouped with cutlers and stationers under the ‘Guild of St. Luke’, this was a bold statement of intent on the part of the Society’s twelve founder members, who sought to raise their own status and promote fine art production in the country. Inspired by the success of the Society of Artists in London, founded four years previously, the Society placed an advertisement in the popular circular Faulkner's Journal in February 1764, calling for contributions to an ‘Annual Exhibition’, which, it was hoped would "excite emulation” amongst themselves and “bring forth latent merit to public view”. 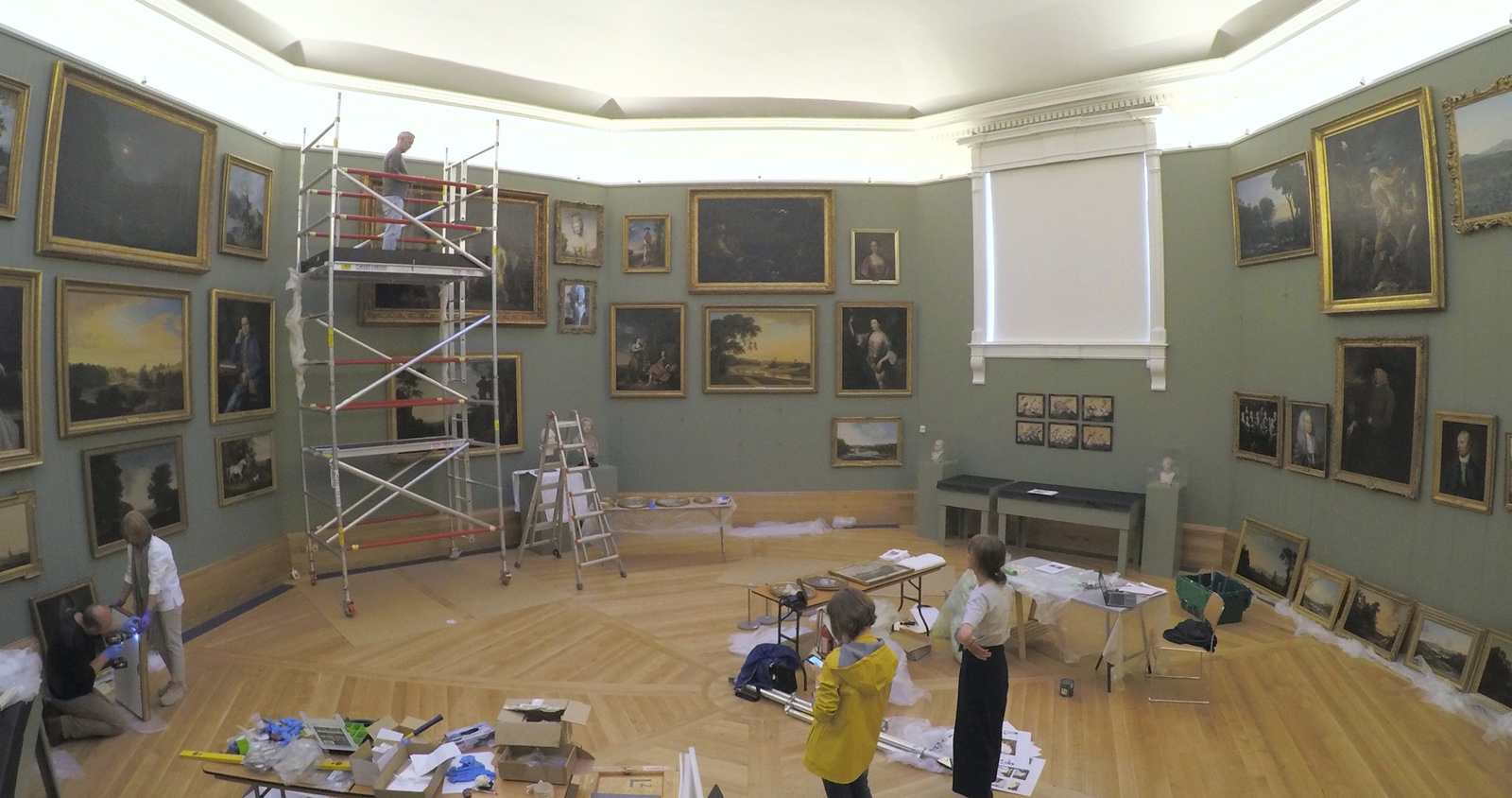 The Knight of Glin Exhibition Room during exhibition installation

The annual exhibition they established in 1765 was only the first of a run of twelve exhibitions, nine of which took place in South William Street between 1765 and 1780. During these years, its domed, octagonal chamber effectively defined the centre of the Irish art world and, as a focal point for Dublin’s artistic and social world, it attracted nearly every contemporary Irish artist of note, including Thomas Roberts, Jonathan Fisher, William Ashford, James Forrester, Robert Hunter, Robert Healy and Hugh Douglas Hamilton. It also caught the attention of Dublin’s great and good, as the issue of 100 silver subscriber’s tokens attests. The profound success of the Society’s endeavours was marked year-on-year by the ever-increasing number of exhibits,; swelling from 85 in the first show to 223 in 1777. 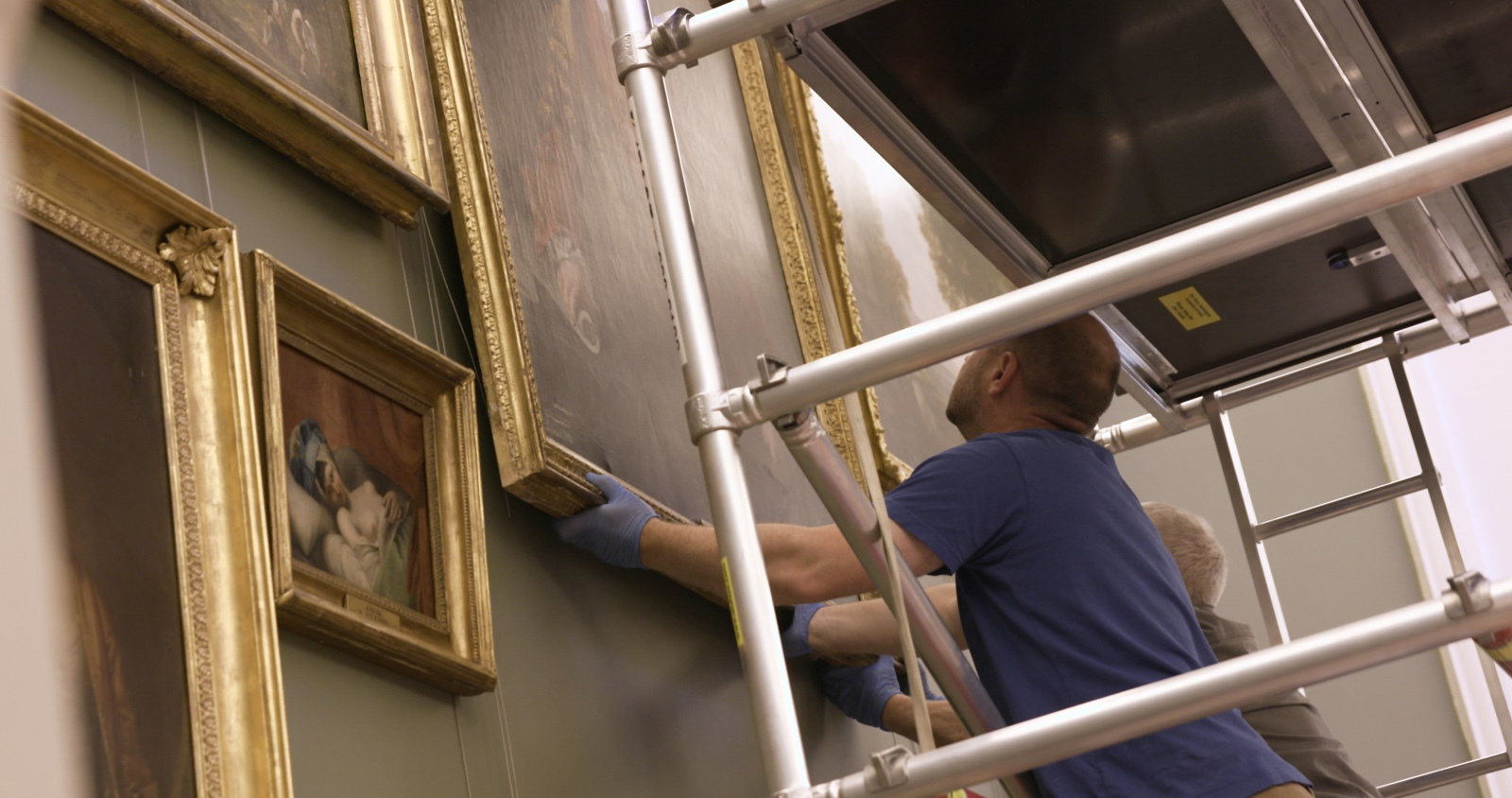 After several years’ research and with the help of generous loans from private collectors and national institutions, including the National Gallery of Ireland, the National Library of Ireland, Ulster Museum, RIA, RDS, the Irish Architectural Archive, Irish Heritage Trust, UCD and the Castletown Foundation, our exhibition contained a significant number of works that we knew had been displayed in the octagonal room during the original run of Society of Artist’s shows. These were mixed with other representative pieces, by exhibiting Society of Artists’ members, which, hung floor to ceiling in the eighteenth-century style, allowed us to mirror the appearance of the original exhibitions as closely as possible. We were particularly glad to welcome back to the room works such as Robert Carver’s impressive Landscape with Classical Ruins from the 1766 exhibition, Thomas Robert’s beautiful Frost Piece from the 1769 exhibition, Henry Brooke’s The Continence of Scipio, a large and striking history painting displayed in the 1772 exhibition, and Patrick Cunningham’s engaging marble bust of Jonathan Swift, a version of which was included in the 1776 exhibition, amongst many others.

By lauding the pioneering spirit of the Society of Artists’ exhibitions, we also aimed to provide an insight into the fascinating range of artistic production taking place in Ireland at this time. As the original exhibition catalogues reveal, late eighteenth-century Dublin was a hive of creativity, with landscape artists working alongside portraitists, history painters, sculptors, printers and draughtsmen in an astonishing range of media, including oil paint, pastel, marble, wood, glass, wax and hair. Our exhibition compromised 92 works in total from 22 lenders and represented many of these different artistic practices.

The exhibition was accompanied by a beautifully illustrated catalogue that, which included entries on each work, and essays examining the history of the Society of Artists, early reviews of the shows and the fascinating chronology of the building. This publication offered further occasion to revisit and evaluate these stimulating years; assessing Ireland’s first introduction to exhibition culture and the significant contribution it made to an increasingly self-confident national school of Irish art. Alongside a specially commissioned film which documented the making of the show, the catalogue will stand as a lasting memory of this unique, once-in-a lifetime exhibition.

Dr Ruth Kenny is an independent art historian and curator.

This article is taken from the 2018 edition of the Irish Georgian Society Review, our annual members' magazine.