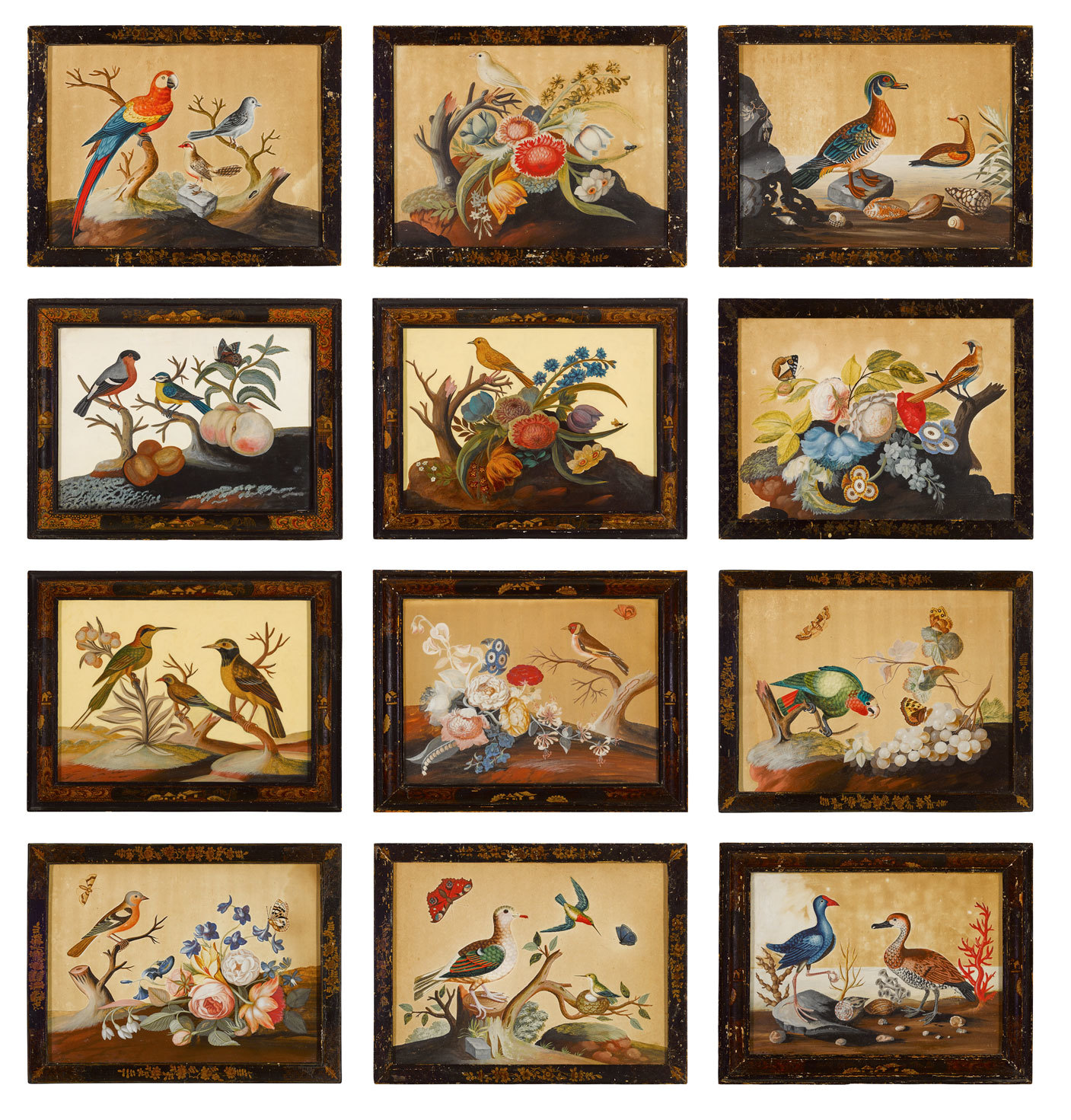 Samuel Dixon was renowned for his embossed images of birds and fowers. He designed, produced and sold from his shop in Capel street from the late 1740s on. He created the works by impressing images on larges sheets of card paper using copper plates. This caused the details to stand in relief and the images were then hand coloured by Dixon's apprentices, most of whom would go to become successful artists and members of the Society of Artists, like Daniel O'Keefe and Gustavus Hamilton.

Like many artists, Dixon advertised his works in the press in papers such as Faulkner's Dublin Journal and he advertised his images not merely as decoration for Ladies rooms but as reference images to draw from or copy onto needlework.

Dixon's images became incredibly fashionable with so many imitators appearing that a further advertisement had to be issued in 1751 warning that genuine originals by Dixon were only sold at his own shop on Capel Street or a supplier in Cork. Dixon only exhibited with Society of Artists once in 1768, the same year he returned from London, probably using the exhibition as a means to win back his original audience. where submitted three fower pieces in watercolour to the Exhibition.

The decorative group displayed above, Twelve Prints of ‘Foreign and Domestick’ Birds, are typical examples of Dixon's work and would have been sold, framed in japanned wood, as sets of twelve. Dixon accompanied each set with a printed description of the birds and flowers as well as dedication to a prominent aristocrat. His birds are somewhat stylised but many of the images he used were copied from the first four volumes of George Edward's The Natural History of Uncommon Birds an immensely popular source of bird imagery in the eighteenth century.