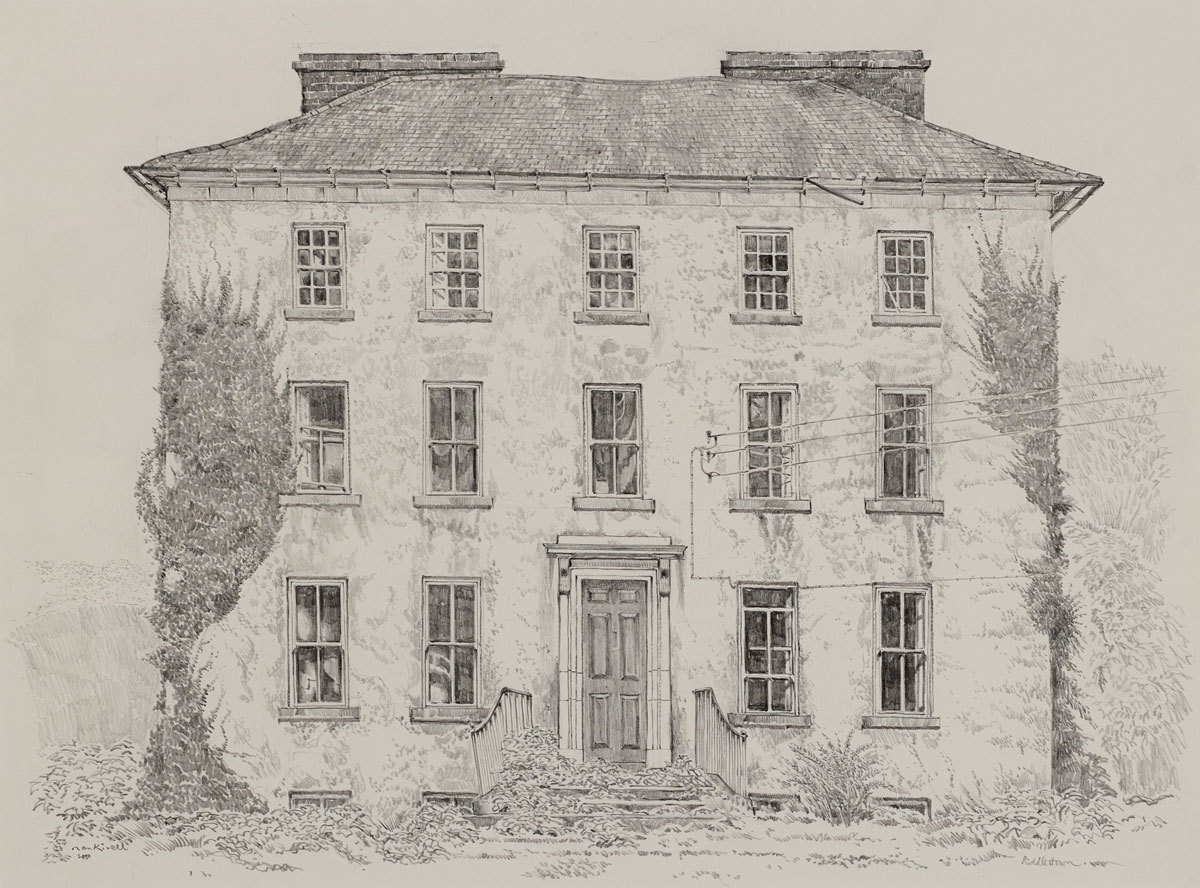 Through the 1970s and ‘80s, the English artist John Nankivell  spent many long summers exploring Ireland and drawing all sorts of buildings but with a particular focus on decaying country houses. The resulting drawings are not just very beautiful works of art in their own right, but also invaluable historical and architectural documents, as John sketched houses which have since disappeared or approached even further a state of ruin. As the co-founder of the Irish Georgian Society, Desmond Guinness, wrote many years ago: ‘I have rarely seen such sensitive and accurate architectural drawings’. Another great admirer was the Poet Laureate, and great architectural connoisseur, Sir John Betjeman – who, of course, knew Ireland well – and Nankivell traveled extensively in India with Lady Betjeman, drawing temples in the Himalayas. Betjeman’s biographer Bevis Hillier: explained the magical quality of Nankivell’s art. ‘Though the buildings were depicted with careful detail, there was something about the perspective — a hardly perceptible distortion — that saved the drawings from being drily academic; it was as if the buildings were reflected in a lake with a slight shiver across its surface’.

John’s art is included in the Victoria and Albert Museum, the Royal Asiatic Society and in the collection of the Prince of Wales, among many other distinguished homes, public and private. President Mary Robinson, commissioned several drawings of Áras an Uachtaráin while his work is included in such notable country house collections as Ballyfin, County Laois and Glin Castle, County Limerick. Yet, quite remarkably, John’s Irish work has never been given a major showing in Ireland. A selection of the exhibition is available for sale to fund the Irish Georgian Society’s activities crusading in support of Ireland’s architectural heritage.

The drawings are accompanied by a scholarly text by Kevin V, Mulligan which decries the forces of ignorance, malevolence and greed that have led to the unforgiveable destruction of so many of these buildings.

‘Kevin's words – at once poetic, elegiac, and polemical – combine so perfectly with John’s haunting drawings that I confidently predict that this book will become a classic of Irish country house literature’.
From the Foreword by Sir David Davies