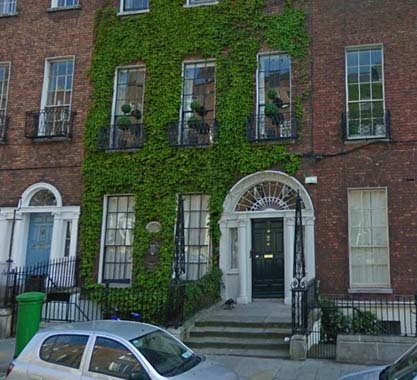 The Irish Georgian Society has objected to a planning application that proposes the construction of a six-storey residential building to the rear of No. 38 North Great George’s Street, Dublin 1.

No. 38 was built in 1785 by Charles Thorpe who lived in the house and went on to become Lord Mayor of Dublin in 1800. It was later occupied by Professor John Pentland Mahaffy, founder of the original Georgian Society (1908 to 1913) and tutor of Oscar Wilde, and it is for him that the house is today named. Between the 1920s and 1960s the building deteriorated into tenement use but after its purchase by Desiree Shortt in 1975 it gradually underwent a long series of repairs and restorations which the Irish Georgian Society lent support to through its conservation grants programme.

Through its form, scale, height and massing, if granted permission the proposed development together with an adjoining similarly scaled new structure, would dwarf the established built form and have a significant adverse effect on the character of the area.