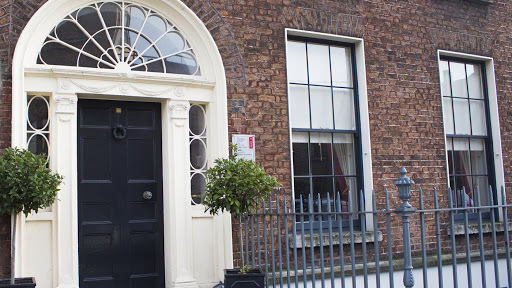 This planning application proposes the change of use from museum to residential of the ESB’s Georgian House Museum at No. 29 Fitzwilliam Street Lower.

The Irish Georgian Society wishes to object to this proposal as it would result in the sad and significant loss of a museum of Dublin home life for the period 1790 to 1820 which for over 25 years had a stated aim “to make accessible the social, decorative, cultural, and political history of the Georgian capital” (www.numbertwentynine.ie).

In considering this proposal, the Irish Georgian Society notes that it supports the principle of reinstating residential uses for Dublin’s Georgian buildings stock and the provision in the Dublin City Development Plan “to maintain and enhance these areas as active residential streets and squares during the day and at night-time” (Land Use Objective Z8). Furthermore, it is noted that the Society supported the report ‘The Future of the South Georgian Core’ (2013) which encouraged the use of the area’s historic buildings for residential purposes.

Notwithstanding this, the Irish Georgian Society strongly believes that the Georgian House Museum at No. 29 Fitzwilliam Street provides an important public purpose which outweighs any benefit that may arise from its conversion to apartment use. It is noted that the Museum is identified in the Dublin City Development Plan as one of the city’s Main Cultural Attractions (Fig 18, pg. 206) placing it within the “cultural cluster in the environs of Merrion Square” (11.2.2 Achievements, p. 202).

It is contended by the Irish Georgian Society that the change of use from museum to residential of one of the city’s “main cultural attractions” would be contrary to the following stated policies of the Dublin City Development Plan:

CHC24: To ensure the continued development of Dublin as a culturally vibrant, creative and diverse city with a broad range of cultural activities provided throughout the city, underpinned by quality cultural infrastructure.

CHC29: Dublin City Council will see insofar as possible to protect the cultural and artistic use of buildings in established cultural quarters.

Since the opening of the Georgian House Museum in 1991, the ESB has successfully managed the venue in association with the National Museum of Ireland, an achievement both institutions are to be commended for. In considering this partnership, Policy CHC33 of the Dublin City Development Plan should be noted. This states that it is a policy of the Council:

To support the national cultural institutions and facilitate the provision of fit-for purpose, sustainable cultural infrastructure such as museums, libraries, theatres, exhibition spaces, cinemas, and music venues in the city centre, suitable for all ages and accessible to all living, working or visiting the city and which reflect the role of Dublin as the capital city.

To this end, the Irish Georgian Society urges Dublin City Council to proactively engage with the ESB and the National Museum of Ireland to ensure the future of the Georgian House Museum, a venue that fits the criteria in the aforementioned policy.

Prof. Christine Casey noted that "the city house was an occasion for the display of wealth and status, of presenting and doing justice to one's place in society" (The Eighteenth-Century Dublin Town House, 2010). While there are excellent museums elsewhere in Dublin, none of these explore the original function of the grand red-brick terraced houses that line its squares and streets and which are such a distinct feature of the city. With other Georgian cities such as Edinburgh and Bath presenting this important part of their histories through dedicated townhouse museums, it would be to the detriment of Dublin if its residents and visitors were no longer able to have a similar experience.

The Irish Georgian Society is of the view that the change of use of the Georgian House Museum to residential purposes would see the loss of an important cultural and educational venue that tells an essential part of Dublin’s history. As such, it would appear contrary to the stated policies of the Dublin City Development Plan and so we would urge that permission be refused.