The following article is taken from the 2016 edition of the Irish Georgian Society Review, our annual members' magazine. 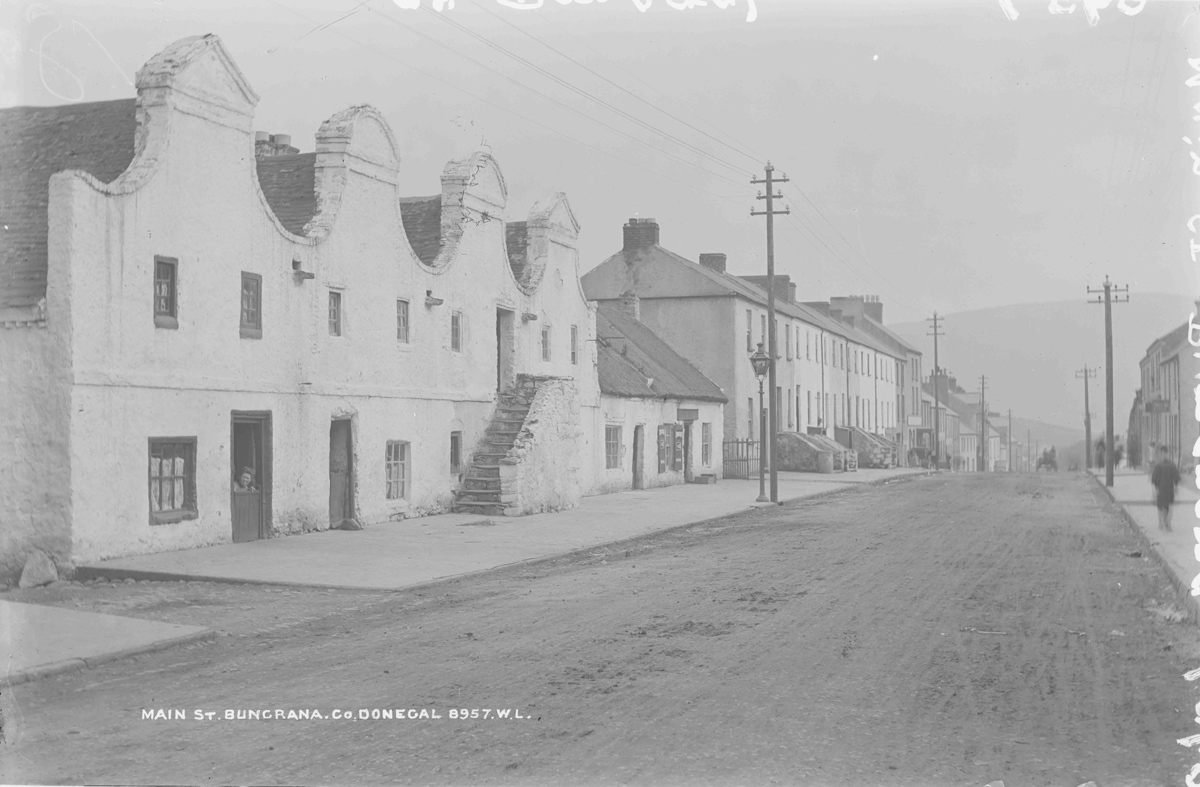 Mount Tilly, Buncrana, Co. Donegal. This delightful terrace likely began life as one large house built about 1717 when the town of Buncrana was first laid out. The Dutch-style gables would have been a common sight in places like Dublin at the time. One interesting feature of note is the outside stone stair leading to the first floor. Sadly, both building and stair appear to have been demolished in the 1930s.

The images on the following pages are just a tiny sample of some 500 that fill the pages of Lost Ireland: 1860–1960, the book which I was asked to put together by a small London Publisher, Hyde Park Editions, early in 2014. As the title suggests, the vast majority of the buildings and structures featured no longer exist. A few exceptions were made such as Carstown House in Co. Louth or Carrigglas Manor in Co. Longford, in an effort to focus some attention on them while hope of their salvation is still possible, but by and large this is a book chronicling destruction. The very fact of their ruin and decline is illustrative of the history to which these structures have formed the backdrop – the people who lived and worked in them; the events that unfolded in or about them; the narratives and stories that describe their eventual loss. 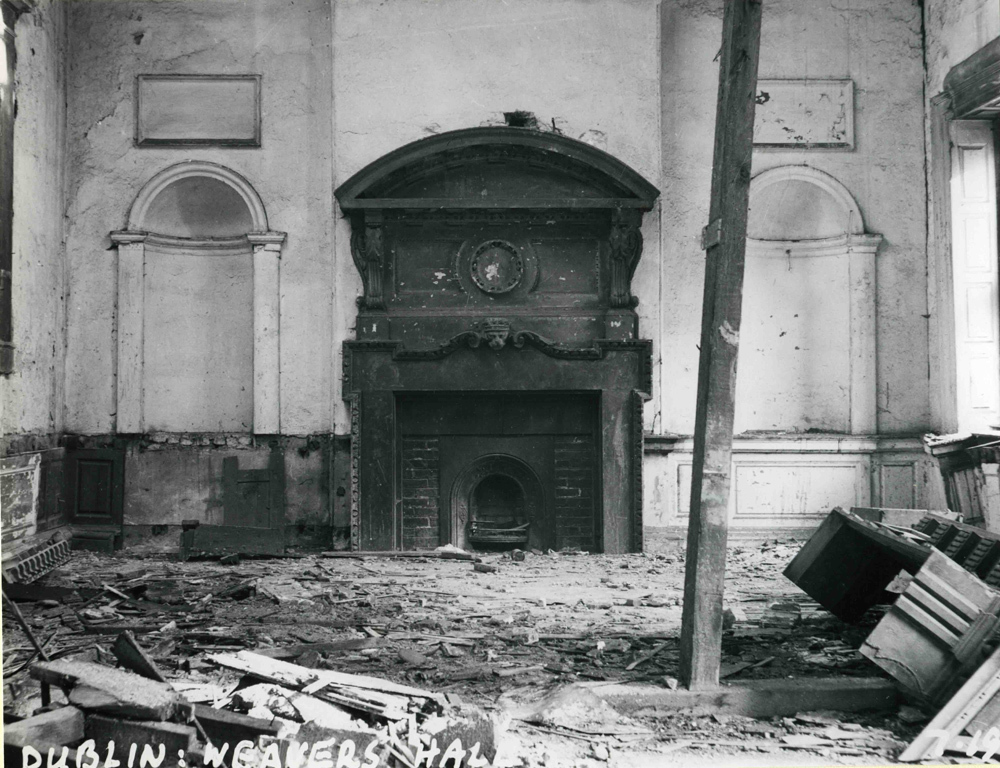 Weaver’s Hall, The Coombe, Dublin City. Weaver’s Hall was built for the weaver’s guild in 1745 and survived until 1968, when it was demolished. The first floor contained the actual hall where the members of the guild would have met. It was a large handsome room, with much fine detail executed in carved wood, including the overmantle. It was once hung with a tapestry by John Van Beaver, which was sold to the Metropolitan Museum in New York. (Courtesy of the Irish Architectural Archive)

Where the actual structures are no longer around to be investigated themselves, old photographs like these are sometimes the only evidence of the one-time existence of a particular edifice. They are often the only means we have of reading them, that is, of interpreting their physical form, their construction, their symbolism, and working out what all of that says about the times that they witnessed – our past. It is hoped that, from this point of view, the published images prove intriguing and interesting to those who choose to open the pages and engage with them, even if sometimes indulging a little in nostalgia. 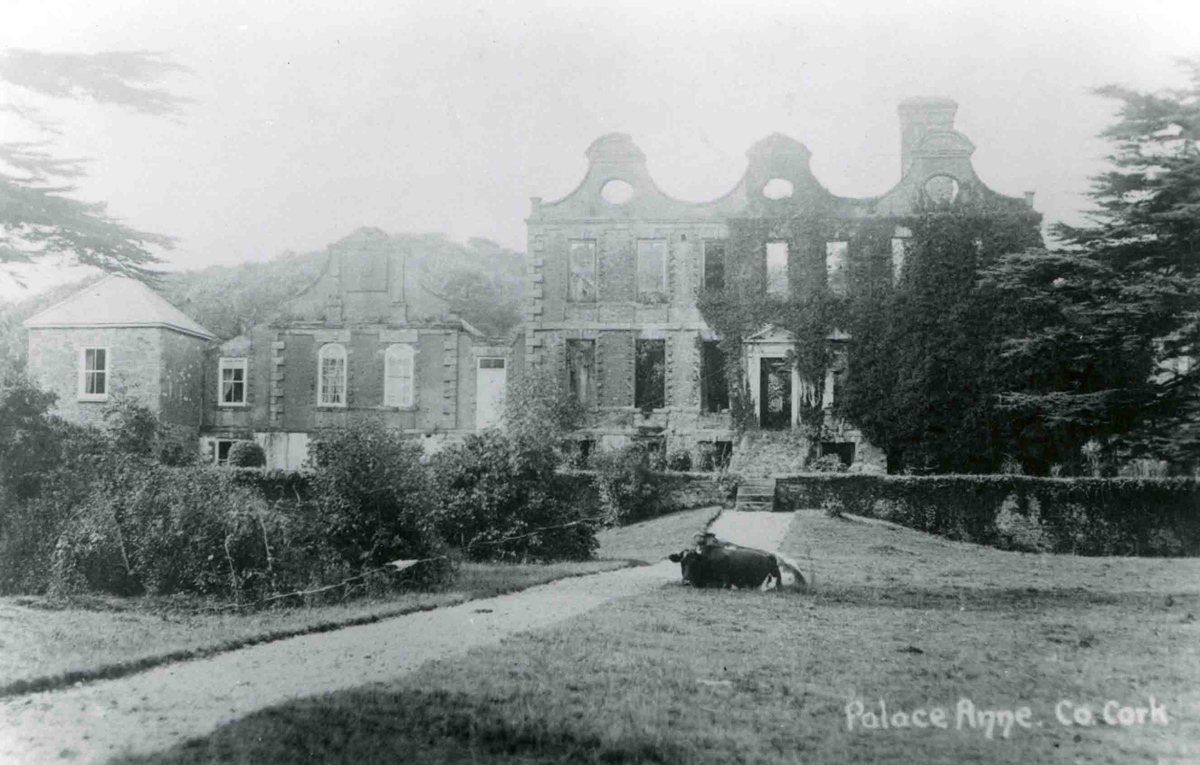 Palace Anne, Ballineen, Co. Cork. Palace Anne was built c. 1714 for one Arthur Bernard. It was constructed of imported red brick and featured Dutch-inspired gables – three over the main block and one over each of the two small pavilion wings either side. At one point it also boasted suitably impressive panelled interiors too. After it was sold in the mid nineteenth century the house fell into disrepair, as shown here. One of the wings was converted for use as a residence and all but that converted wing was demolished in the late 1950s. It survives today in a derelict condition. (Courtesy of the Irish Architectural Archive)

The book attempts to give a representative spread of Irish architecture in all its varied, disappeared forms: quite literally from the field gate to the “big house”; and from Donegal to Kerry. The book is divided up by province, and then alphabetically by county, and a concerted effort was made to present an even geographic spread. An effort was also made to balance the sometimes better- known images of Georgian Dublin and of particular stately homes, with images of places that haven’t had so much limelight. With that in mind, there are some omissions. Dublin and Antrim for instance, could each have been many pages longer. 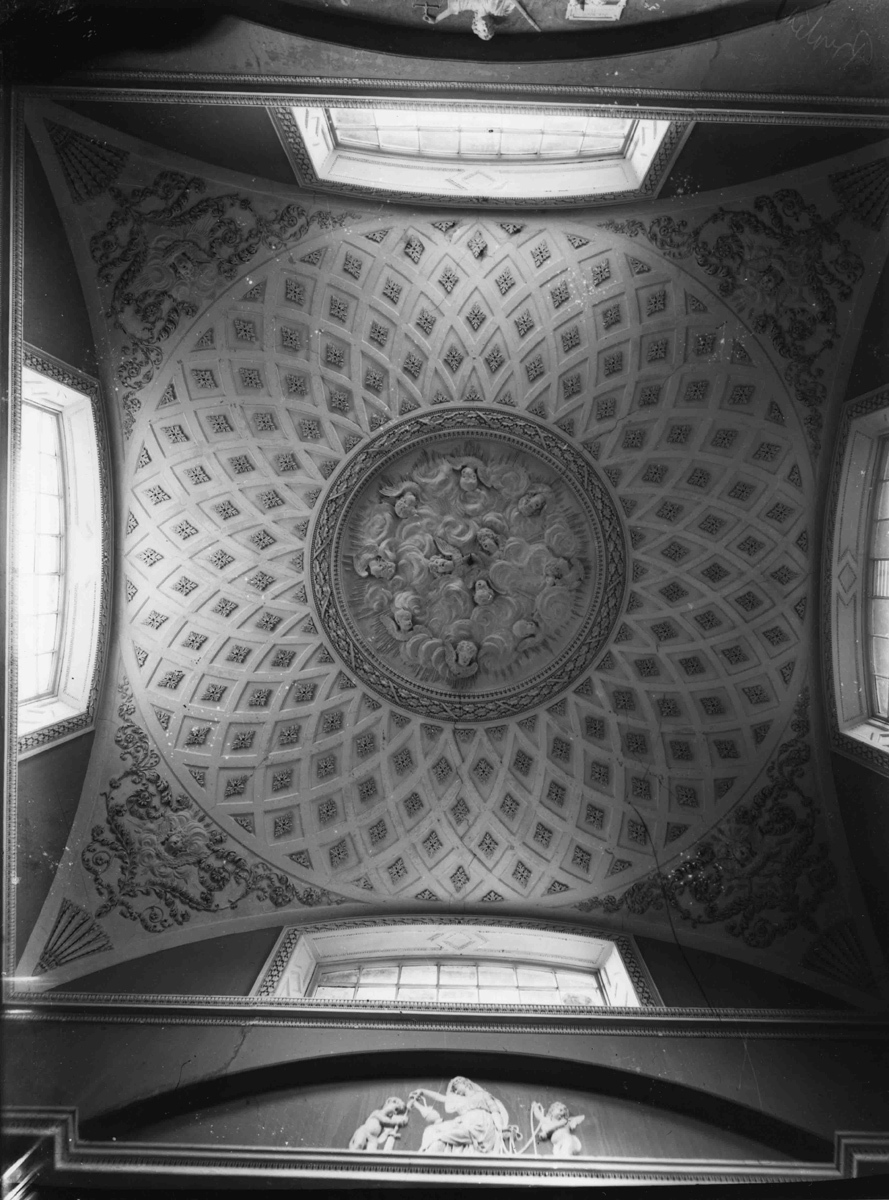 Bellevue, Delgany, Co. Wicklow. This elaborate ceiling once covered the private chapel at Bellevue House. The house was quite a plain structure, built in 1754 for the banking family of La Touche. The chapel was added in 1803 to the design of Richard Morrison. The house fell into disrepair in the first part of the twentieth century an was demolished in the 1950s. (Courtesy of the Irish Architectural Archive)

An introductory essay sets out, in broad strokes, a brief account of Ireland’s built heritage and of the circumstances that led to so much of its destruction. It is intended as a first step for those who are inexpert, and perhaps just curious. The photographs however speak for themselves and will hopefully be useful to readers of all ranges of interest and levels of knowledge.

William Derham is a curator at Dublin Castle and is a graduate of architecture from the Dublin Institute of Technology and holds a postgraduate degree in Building Repair & Conservation from Trinity College Dublin. He was joint editor, with Dr. Myles Campbell, of The Chapel Royal, Dublin Castle: An Architectural History (Dublin, 2015).