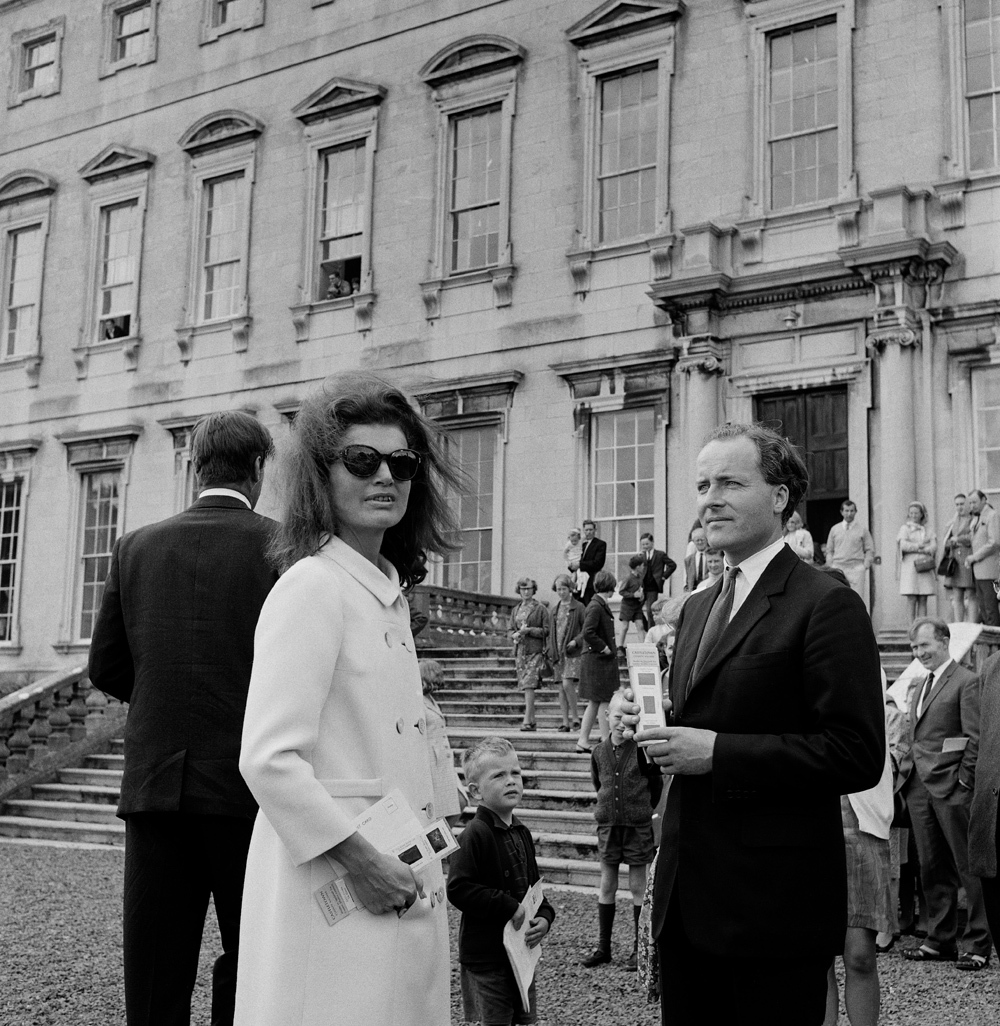 For those of us too young to remember the Guinnesses in their prime I refer you to a 1970 ITV programme interview by Alan Whicker, it is riveting — sharp, witty, edgy even indiscreet but their charisma, impatience and beauty explain why they achieved so much against the odds. Desmond in particular is revealing and the complexity of his character is laid bare — particularly his shyness combined with that burning desire to secure Irish 18th century buildings. The programme covers the then threat to Doneraile Court — Desmond is interviewed with the St Legers just as they were about to leave: dressed impeccably he picks his way through the overgrown Pleasure Garden, past the decrepitude of the house: — referring to its ‘arrogant disrepair’ — and in his inimitable way he proclaims ‘it can be saved...it must be saved’: and so in time it was.

My initial meetings with both Desmond and Mariga were not auspicious as I met them in the midst of their divorce proceedings in the early 1980s. On my first weekend as curator of Castletown in the autumn of 1983, with the house full of visitors — Mariga arrived plus entourage and a pair of secateurs and started to snip at the wires from which the Richard Castle drawings of Leinster House hung. It took all my courage to dissuade her and she was not pleased. Equally my first meeting with Desmond was some weeks later at a board meeting of the Castletown Foundation in the Knight’s Waterloo Road house. Desmond announced to his fellow directors that he would have to sell the original contents of Castletown which he had purchased in 1966 and had been on loan since the house opened in 1967. This decision was greeted with shock and dismay — Castletown barely survived on its monthly overdraft and the acquisition of the contents then seemed an insuperable challenge. Desmond resigned as Chairman and although the contents were ultimately and miraculously secured — not least with a very large donation from his father Lord Moyne — there was great hurt on both sides. In latter years there was rapprochement but it was clearly a matter of great sadness that Desmond had to relinquish the day to day involvement in the house he loved so much.

Desmond and Mariga’s approaches to Castletown were I think different but their zeal, energy and passion were similar and were palpable — as a child I remember the sense of crusade everywhere apparent when taken to see the 1970 and 1971 shell picture and Irish delft exhibitions. As a 22 year old inexperienced curator I vividly recall the atmosphere and smell of Castletown — a melange of smoke, a little damp and old objects which, combined, induced a frisson of excitement — which I firmly associated with the Guinness style.

Although Mariga had not been involved for some years and Desmond had been mainly living in London — there was still evidence of their flair, touches of exoticism and that ubiquitous sense of the 18th century revived that underpinned early Georgian Society activities. More than anything there was a great sense of loyalty particularly to Desmond amongst those who had worked with them in preceding years at Castletown. However fifteen years after it had opened, the house had become somewhat sad and tatty and we cleared and cleaned — earning Mariga’s epithet — ‘Mr Moore has killed the whole house’. In time, she softened, arriving memorably one evening with a basket full of Leixlip peaches, a cooked chicken sitting in their midst — vital provisions with which to feed the volunteers. Desmond equally when he moved back to Leixlip was always loyal to the house and included us in the wonderful lunches held for visiting American groups and more significantly made sure that the IGS continued its financial support for the various ongoing restoration projects. Mariga lies beneath the Conolly Folly; we must now think of a memorial for Desmond to be placed in Castletown; its saving was perhaps his greatest conservation passion and achievement.

Christopher Moore, Former curator, Castletown House and latterly of the Castletown Foundation. This was originally featured in the Irish Georgian Society Review (2020).