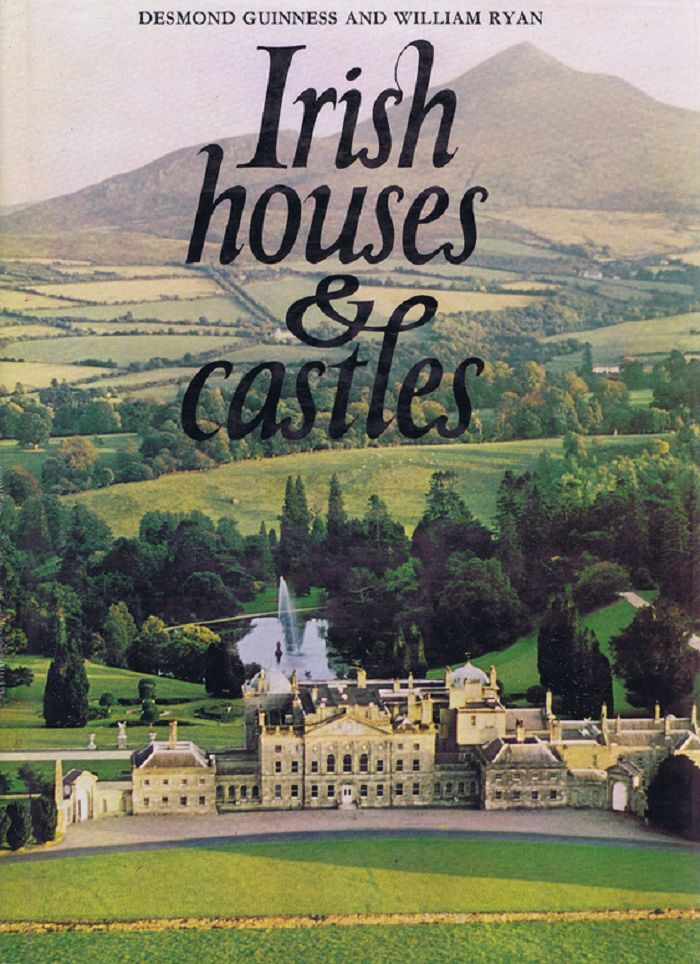 When the Irish Georgian Society was established in 1958, one of Desmond Guinness’s first initiatives was the production of a regular bulletin. The name is misleading since ‘bulletin’ suggests a newsletter. The publication did provide society members with regular updates on its activities but, from the start, it also offered a great deal of scholarly information on Ireland’s architectural heritage.

It filled a lacuna. At the start of the 20th century, the earlier Irish Georgian Society had produced five volumes on the country’s historic buildings, but since then little of note had appeared: Maurice Craig’s account of Dublin during the long 18th century was published in 1952, Country Life occasionally examined a particular Irish country house, and from the late 1940s the Jesuit priest and photographer Francis Browne had produced articles for the Irish Tatler and Sketch on the same subject.

But much remained to be explored; the very first bulletin carried an essay on the country’s courthouses by Maurice Craig. This set a pattern for what followed thereafter, whereby all aspects of the nation’s architectural heritage, and the context in which buildings had been created, was explored in greater depth than ever before. Desmond Guinness’s own contributions, aside from commissioning and editing work from other authors, was initially limited to editorial clarion calls and reports on the Society's latest forays but, for the July–September 1960 issue of the bulletin, he wrote an essay on Irish rococo plasterwork, a subject on which little if any research had been undertaken.

Similar pieces followed, including a collaboration in 1963 with Desmond FitzGerald, Knight of Glin proposing that the Conolly Folly — a monument which the society was then in the process of restoring — had been designed by Richard Castle. The Knight, a regular contributor to the bulletin since 1959, was soon followed by other scholars such as Anne Crookshank, Michael Wynne and Alistair Rowan. Their texts were mingled with those by enthusiasts or owners of relevant properties, the likes of Molly Keane, Mark Bence-Jones, and Sir Alfred Beit. Desmond Guinness was not an academic, he had no formal training in architectural or art history. However, he possessed a good eye, sound judgement and the ability to learn fast; such qualities served as reliable supports in his work both as a writer and commissioning editor.

His stamina during those early years of the organisation was astounding. From the mid-1960s onwards, in addition to running the organisation in Ireland, he spent increasing amounts of time in the United States, proselytising on behalf of the Irish Georgian Society and raising funds for its activities. He would give public lectures, invariably to enraptured audiences, and was therefore obliged to become fluent on the subject of Ireland’s historic buildings. This required further research and led to additional understanding of the subject. It was only a matter of time before he was invited to write a book, the first, Portrait of Dublin, appearing in 1967. Many others followed, perhaps the most influential being Irish Houses and Castles (1971) co-authored with William Ryan. The work proved wildly popular (the first American edition sold out within a month) and did much to raise the profile of Irish country houses, and lead to greater understanding of their distinctive character. More books followed, including two collaborations in the 1990s with photographer Jacqueline O’Brien. Beyond the shores of Ireland, he also collaborated, with William Ryan and Julius Trousdale Sadler Jr, on a number of books looking at American architecture.

Today, study of Ireland’s architectural heritage is widespread and taught in many universities and colleges. Books and articles on the subject are frequently published in both popular and scholastic outlets, lectures and talks widely given and eagerly received, unlike when Desmond Guinness embarked on his lifelong mission to save Ireland’s historic buildings from destruction. Through his pioneering work, he demonstrated there was a substantial interest in and appetite for deeper investigation of Ireland’s architectural heritage.

His work in this field is remembered by the IGS through the Desmond Guinness Scholarship, awarded annually since 1996; but his influence on scholarship is much wider than that. Looking at acknowledgements and bibliographies in publications over the past half-century, it is astonishing how often his name is cited. Without Desmond Guinness, not only would fewer of Ireland’s historic buildings remain today, but analysis and understanding of them, would be much less developed than is now the case.

Robert O'Byrne is a writer and lecturer specialising in the fine and decorative arts. This was originally featured in the Irish Georgian Society Review (2020).