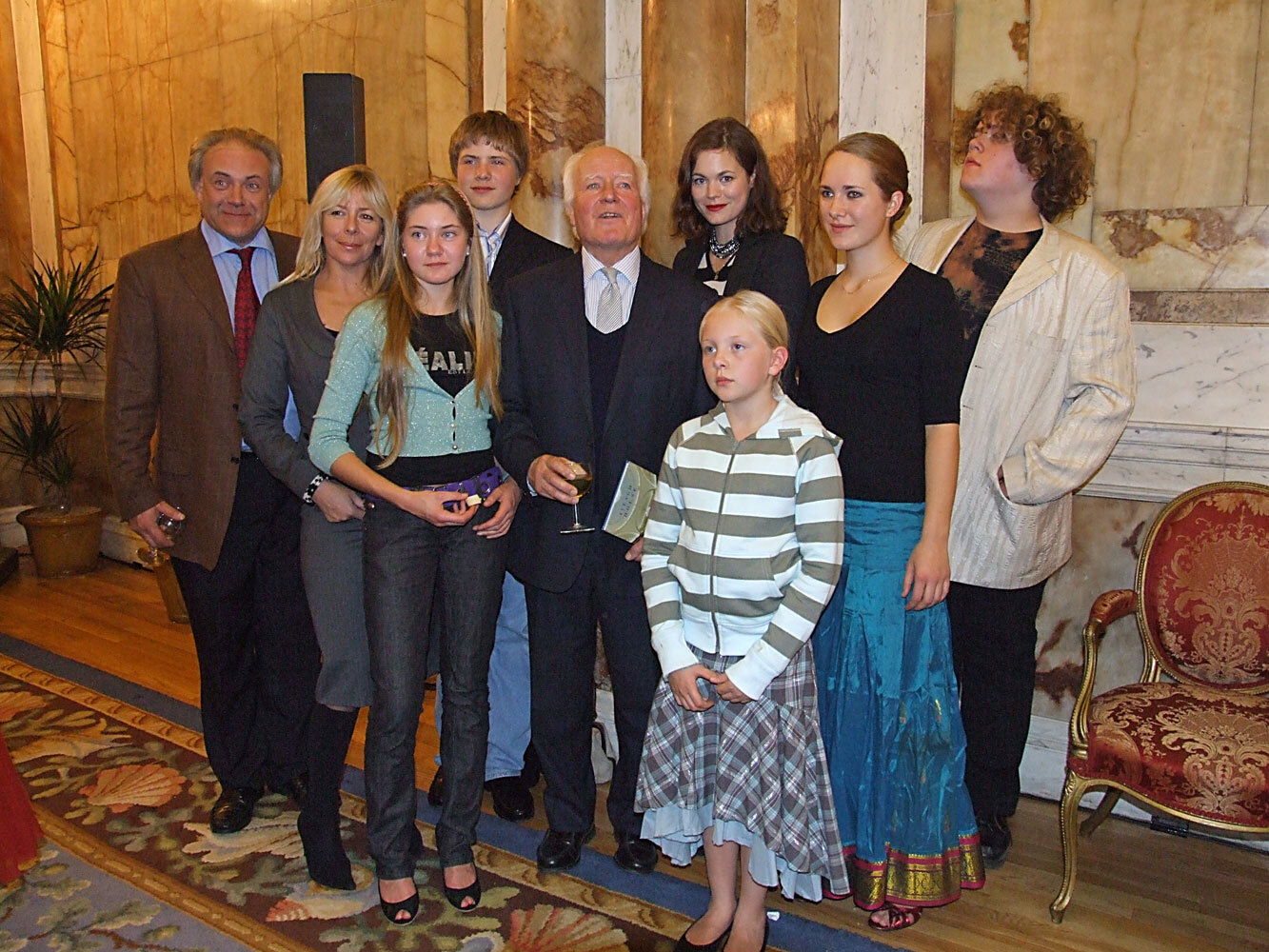 In 1993 I was nominated by An Taisce to serve as the Irish Council member of Europa Nostra, the pan-European federation for cultural heritage, and I served in this role for more than twenty years. Europa Nostra is known for running the European Union Prize for Cultural Heritage/Europa Nostra Awards which promote best practices related to heritage conservation, management, research and education. Desmond Guinness and I served as Trustees of the Alfred Beit Foundation at Russborough for 34 years. Having known of his excellent work in the area of conservation, I decided in 2004 to nominate him for an Award in the category ‘Dedicated Service to Heritage Conservation’ which is awarded to individuals or groups. I secured three letters of support for this nomination from An Taoiseach of the day, Bertie Ahern, Bonnie Burnham of the World Monuments Fund (WMF) and Lord Rosse. My nomination of Desmond was up against a total of 214 applications across Europe in four categories.

These applications were assessed over a few months by independent experts and then evaluated by the Heritage Awards Juries. Desmond won one of these prestigious prizes and in so doing became the first Irish individual to win this European Award. The citation by the Jury read as follows: “For fifty years of unrelenting voluntary efforts and spectacular achievements in favour of Ireland's architectural heritage”. He received his Medal from H.M. Queen Sofía of Spain at the prestigious European Heritage Awards Ceremony in June 2005 at the Palacio Real de El Pardo in Madrid. Later that year, an Irish celebration took place at a reception in Iveagh House hosted by the Department of Foreign Affairs. We were delighted that Desmond was finally recognised on a European level for all of his achievements over fifty years.

One of Desmond’s first significant projects was when he took on the saving of Tailors' Hall, Back Lane, Dublin 8 after it was nearly lost through dereliction in the 1960s. This work inspired the An Taisce Tailors’ Hall Fundraisers to come together in 1966. Under the Chairmanship of Stella Dunphy, the Committee raised funds for the restoration of the building until 1990. Back in 1984, it had been agreed that An Taisce would take on responsibility for the Hall and so it became the organisation’s headquarters. It remains so until the present day. An Taisce continued Desmond’s early work in conserving it over the years. This work was also recognised by Europa Nostra when Tailor's Hall won a conservation Award in 1989.

This was originally featured in the Irish Georgian Society Review (2020).