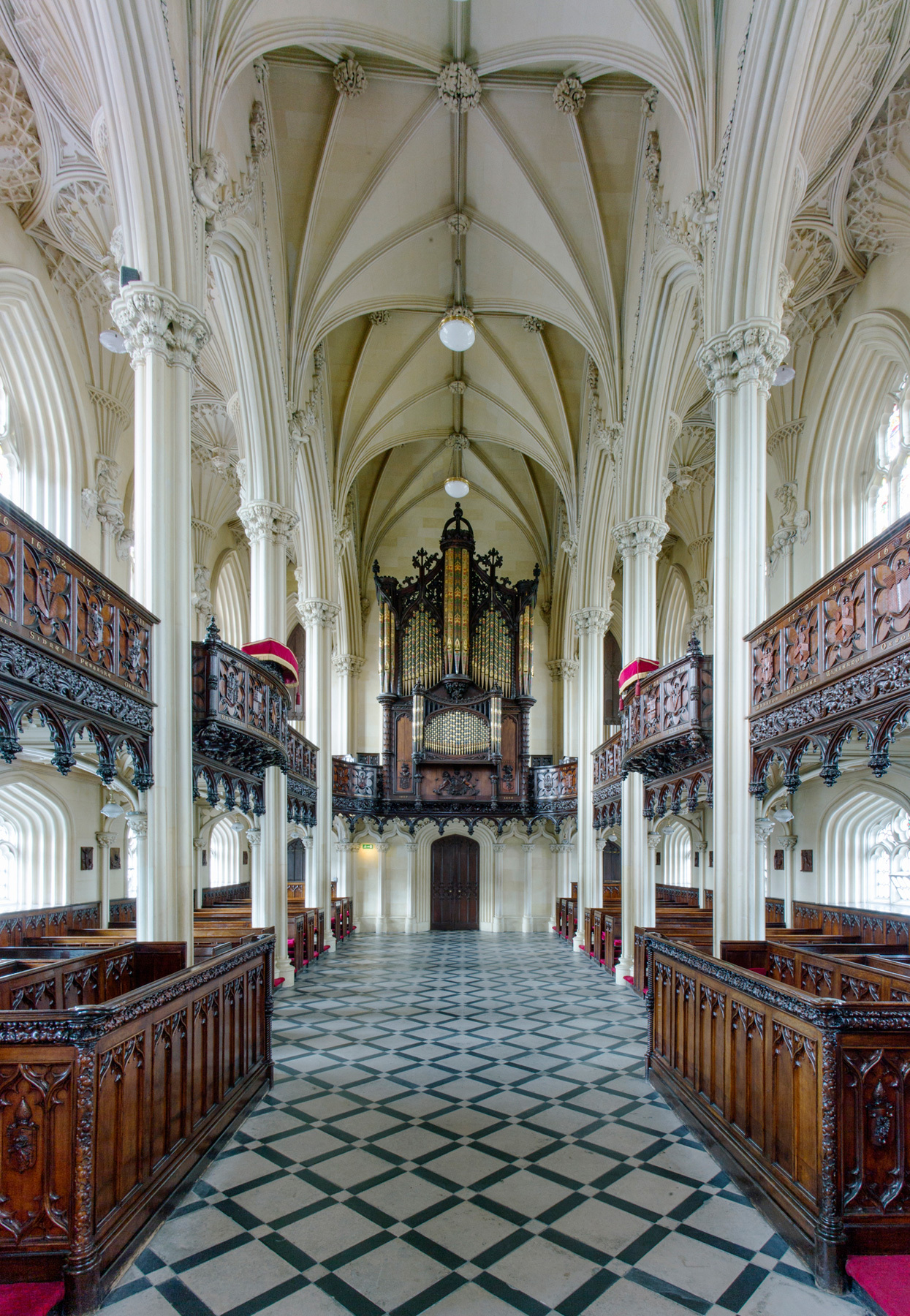 "The Castle Chapel, when completed, will unquestionably present one of the finest examples of the Gothic style of Architecture extant in Europe."

Such was the expectation of one enthusiastic newspaper correspondent as he watched the Chapel Royal take shape within the walls of Dublin Castle in 1810. The Chapel Royal was designed by the prolific Irish architect Francis Johnston in 1807. It was not the first chapel building at the castle but, architecturally, it was undoubtedly the foremost. It was built as a lavish replacement for the comparatively lacklustre chapel that occupied the same site next to the Record Tower in the Lower Yard. A captivating confection of Gothic fan vaulting, virtuoso plaster ornament and heraldic stained glass, the Chapel Royal crystalized the pretensions and confidence of the British administration in Ireland in the wake of the Act of Union of 1801.

From its opening on Christmas Day 1814, the new chapel served as a central focus of the spiritual and social life of successive lords lieutenant, or viceroys, who continued to represent the interests of British monarchs in Ireland until 1922. Its primary function was as a setting for regular Anglican worship each Sunday, with dedicated pews reserved for the lord lieutenant and his household. On more prestigious occasions, it played witness to all the protocol and pageantry of royal visits, such as that of King George IV, who attended divine service in September 1821. Far from being solely a place of religious ceremony, it gradually developed as an extension of the social life of the State Apartments: an arena in which piety and pomp went hand in hand. 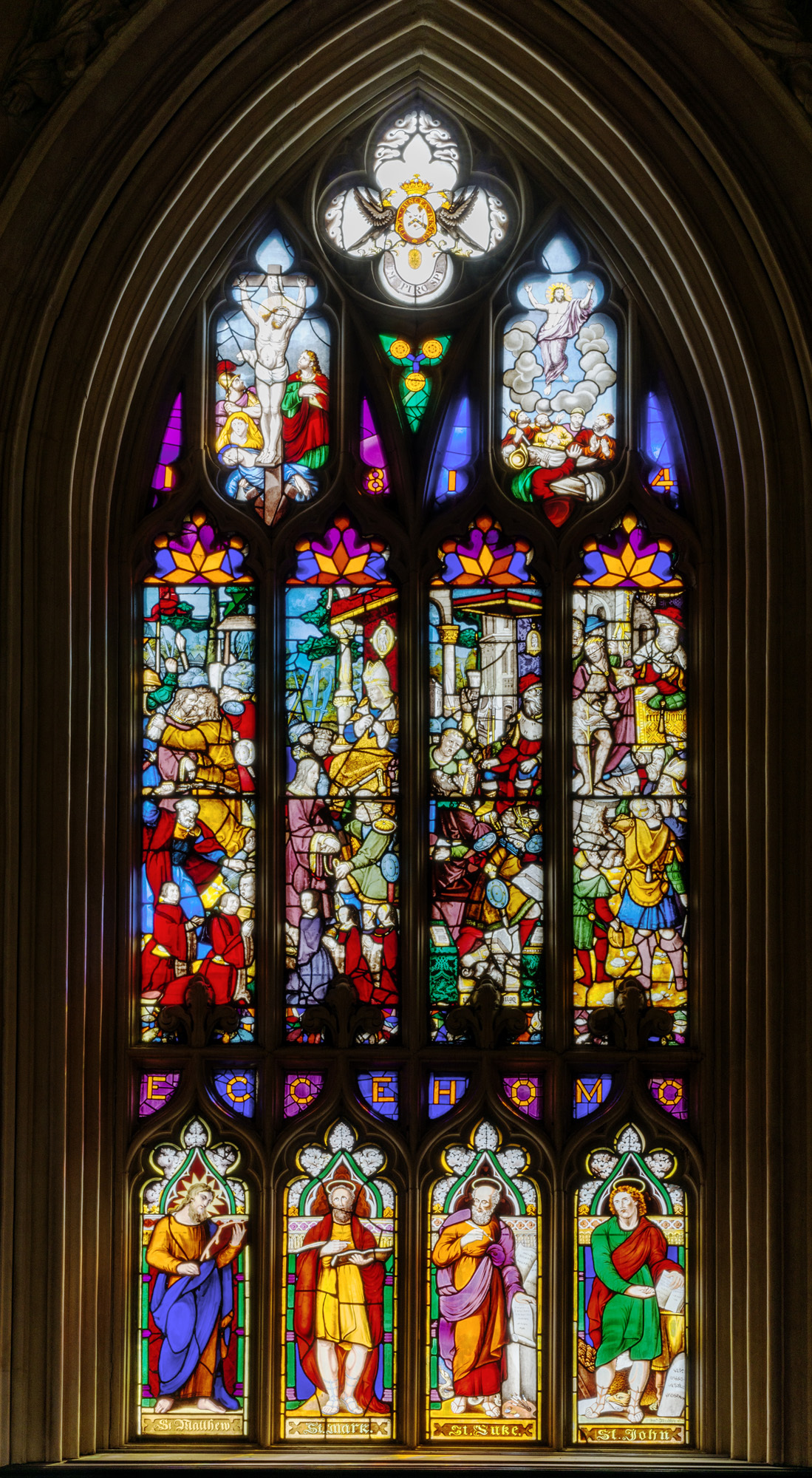 One hundred years later, political expediency had necessitated the appointment of a Roman Catholic viceroy, as a token of Britain’s conciliatory attitude to the ever-louder cries for Irish independence. The selection of Viscount FitzAlan of Derwent as viceroy swiftly prompted criticism of the ‘anomalous position’ of the Chapel Royal, as an Anglican chapel that could not be attended by the new Catholic viceroy but that still remained ‘a charge on the taxpayers.’ But it mattered little. The first Catholic viceroy for centuries soon became the last ever viceroy of Ireland. Following the foundation of the Irish Free State in 1922 the Chapel Royal’s future looked uncertain. In 1943, it was re-dedicated as a Roman Catholic church for use by the Irish Defence Forces. Its eventual closure for major renovations in 1983 signalled a renewed period of dormancy from which it has once again begun to emerge. 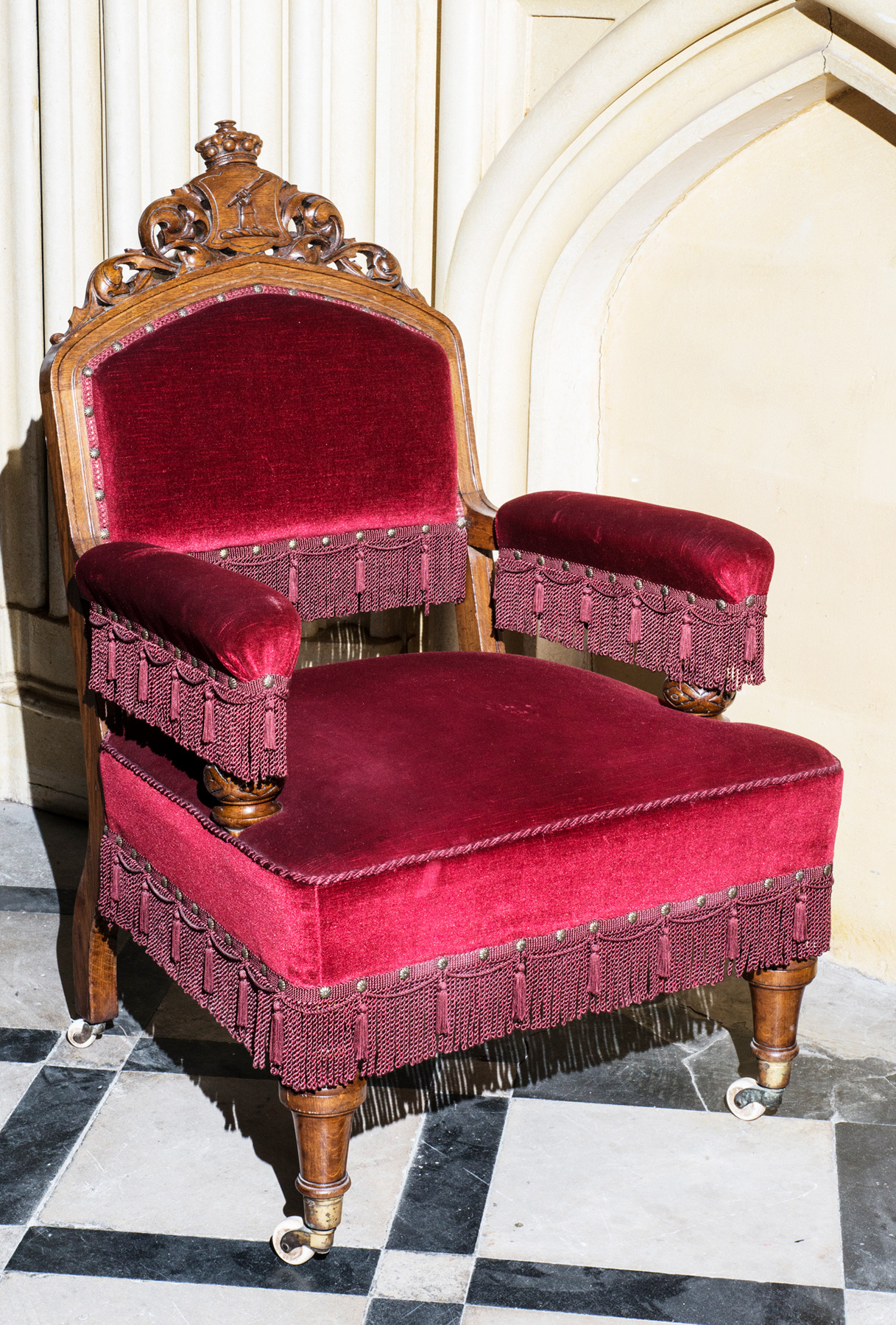 Two centuries after its completion, a new project has sought, for the first time, to comprehensively examine and document the history of this landmark Gothic Revival building. This project was conceived by the General Manager of Dublin Castle, Mary Heffernan, in conjunction with architectural historians Dr Myles Campbell and William Derham and has led to two tangible outcomes. An exhibition of artefacts relating to the chapel, many of which have remained in obscurity for several decades, will be on display in the State Apartments at Dublin Castle. Pinnacles, Pomp & Piety: 200 Years of the Chapel Royal at Dublin Castle runs from 24 September 2015 to 6 March 2016. In addition, a lavishly illustrated book of essays, The Chapel Royal, Dublin Castle: An Architectural History, edited by Campbell and Derham, has been produced by the Office of Public Works. 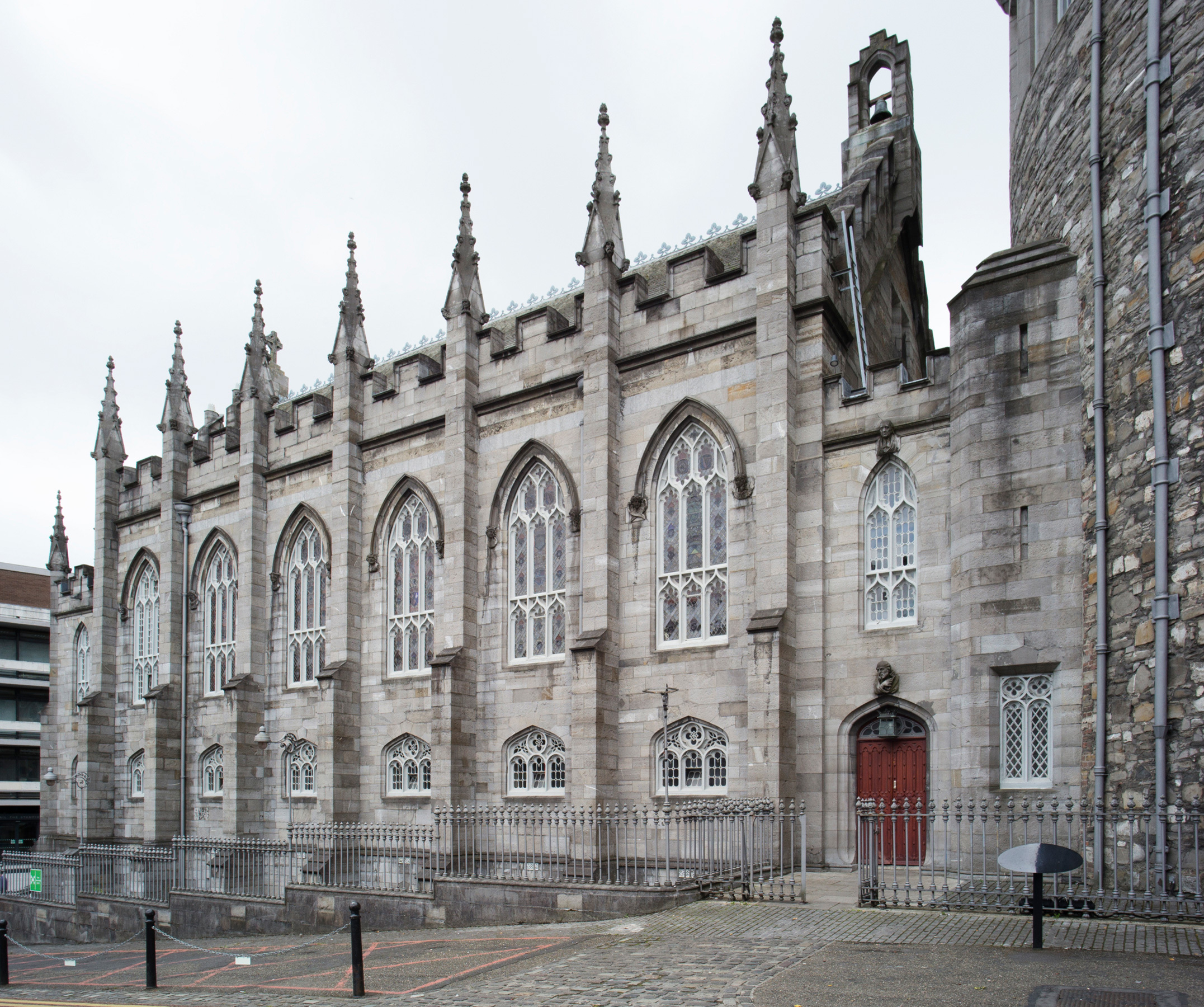 Drawing on an abundance of new archival material, the bicentennial project has attempted to foster a meaningful understanding and interpretation of the position of the Chapel Royal in the artistic, social, political, economic and spiritual life of Ireland. It considers a range of themes from the music of the viceregal court to the significance of the building as the first Gothic Revival church in Dublin. Central to this is the notion of the chapel and its architectural development as a barometer of the changing position of religion in Irish life. There have been some illuminating finds. New light has been shed on topics such as the involvement of forgotten local and international craftsmen; the vitriolic criticisms of Roman Catholic influences on changes made to the chapel by Lord Carlisle, during his tenure as viceroy in the 1850s; and a surprising intervention made by former Taoiseach Charles Haughey, in 1990.

Chief among the objects on display in the exhibition will be a magnificent chalice and alms dish that form part of the original collection of Chapel Royal plate; a gift from William III in 1698. This will be the first time the plate has returned to Dublin Castle in almost a century. It comes as a result of the generosity of Christ Church Cathedral, in whose care the collection now rests. Additional items will include the original Dublin-made Arts and Crafts altar chairs; historic drawings; and a collection of embossed Chapel Royal prayer and music books.

All of these efforts coincide with a vibrant new chapter in the Chapel Royal’s history. The recent completion of conservation works by the Office of Public Works has inspired a new interest in the building and has made it suitable once again for public assembly. It now features on the Dublin Castle guided tour. In addition to its enhanced role as an integral part of the Dublin Castle visitor experience, it will also be made available for events in the future. Throughout the year, a series of public concerts is offering a flavour of the music that would once have been heard within its walls. Several of these are being recorded and broadcast by RTÉ Lyric FM. This series of concerts will culminate in a Christmas celebration to bring the chapel’s two-hundredth year of use to a fitting close. And as a new year opens, it is anticipated that the chapel will once more be at the heart of life in Dublin Castle, and that the expectations of the optimistic newspaper correspondent of 1810, will now be more fully appreciated.

This article is taken from the 2015 edition of the Irish Georgian Society Review, our annual members' magazine.