Due to the latest information from the HSE and the nationwide lockdown with COVID-19, the Irish Georgian Society has made the following decisions in relation to their events and programmes. This post will be updated on an ongoing basis.

All the events listed below have been postponed taking guidance from the HSE. The Irish Georgian Society will be reviewing the situation on COVID-19 in the coming months and will keep all those concerned updated with events postponed and future events planned.

RE: Submission on Planning permission for development at a site at No.'s 47, 48 and 49 Kildare Street

In January the IGS welcomed a decision by Dublin City Council to comprehensively refuse permission for the demolition of a terrace of Georgian houses constituting the Kildare Street Hotel. This decision was appealed by the applicants to An Bord Pleanala on which the IGS has made a robust submission calling for the application to be refused once again. Read submission below... 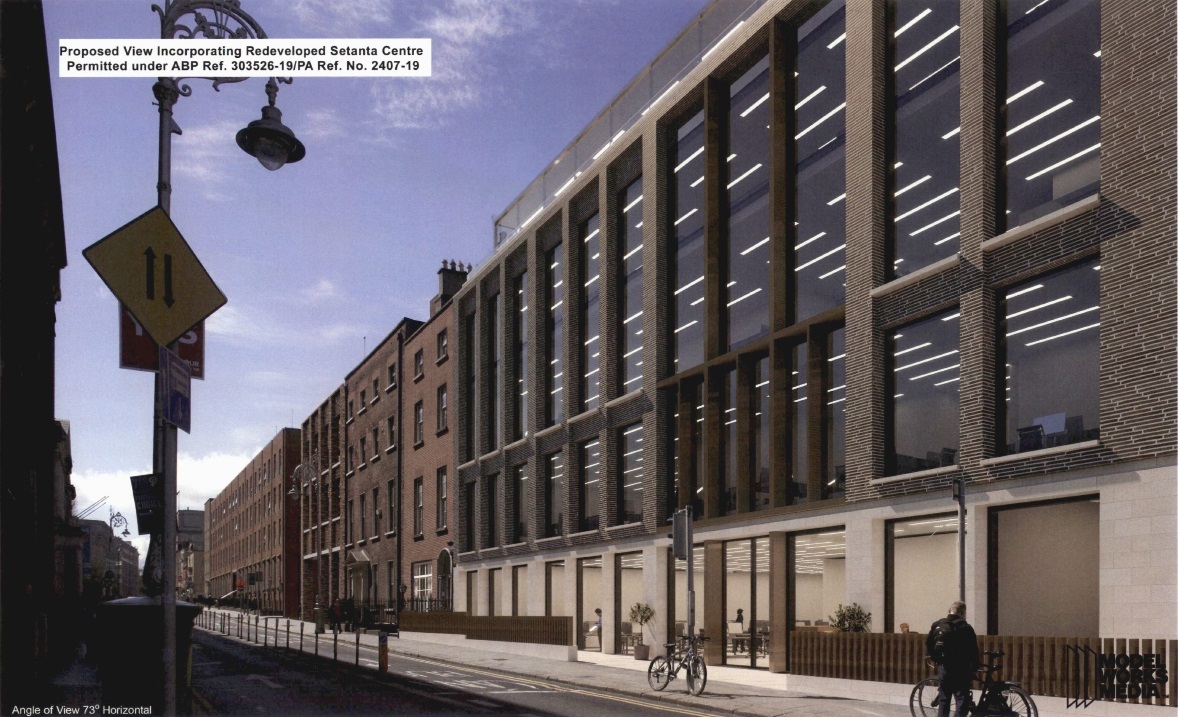 The Irish Georgian Society wishes comment on the appeal submitted to An Bord Pleanala by Ternary Limited regarding the proposed redevelopment of nos. 47, 48 and 49 Kildare Street, Dublin 2.

Kildare Street lies on the route of the former Coote Lane which was widened and renamed following the commencement of Kildare House in 1745. Over subsequent decades it emerged as one of the most desirable addresses in Dublin with the Georgian Society Records (1912, vol. IV, p. 83) noting the survival at that time of ‘several’ Georgian houses. Sadly many of these have since been lost including those on Kildare Place at the southern end of the street which prompted the foundation of the Irish Georgian Society by Desmond Guinness in 1958. The current refurbishment of long derelict buildings across the road from this site is welcomed and demonstrates the viability of restoring and reusing traditionally built buildings that have deteriorated over time.

Kildare Street remains one of Dublin’s premier thoroughfares and, in addition to Dáil Eireann, is home to multiple national institutions whose buildings contribute greatly to its distinctive character. Regrettably the evolution of the street has not always been successful with a considerable number of fine Georgian houses replaced during the second half of the twentieth century by monotonous new office blocks that contribute little of interest to the streetscape.

The Irish Georgian Society is strongly of the view that the current proposal to demolish the series of Georgian houses that today constitutes a part of the Kildare Street Hotel will similarly denude the character of the street and further erode the historic building stock of Georgian Dublin. The Society contests the purported justification for these works as set out in the Conservation Assessment Report (p. 37) and refutes the suggestion that cumulative changes to the building and inappropriate maintenance of their fabric provide reason for their demolition.

Section 11.1.1 of the Development Plan states that “built heritage contributes significantly to the city’s identity, to the collective memory of its communities and the richness and diversity of its urban fabric.”

Policy CHC1 of the Development Plan is “to seek the preservation of the built heritage of the city that makes a positive contribution to the character, appearance and quality of local streetscapes and the sustainable development of the city”.

Section 16.10.17 of the Development Plan concerns the ‘Retention and Re-Use of Older Buildings of Significance which are Not Protected’ and states that “the re-use of older buildings of significance is a central element in the conservation of the built heritage of the city” and that “in assessing applications to demolish older buildings which are not protected, the planning authority will actively seek the retention and re-use of buildings / structures of historic, architectural, cultural, artistic and/or local interest or buildings which make a positive contribution to the character and identity of streetscapes.”

Dublin’s heritage of Georgian buildings is intrinsic to its identity and its preservation has long been accepted as a staple of good planning and conservation practice. The current proposal to demolish those Georgian houses forming part of the Kildare Street Hotel runs contrary to this and would see the irreversible loss of part of the city’s built heritage. As per the provisions of Section 16.10.17 of the Development Plan, the retention and re-use of these historic buildings should be championed by Dublin City Council to ensure they continue to form part of our national heritage.

The Irish Georgian Society is of the view that the buildings proposed for demolition make an important contribution to the character of Kildare Street, that the applicants have provided no justification for their replacement, and so recommends that this planning application be refused.

Launch of 'Dublin Fragments: The Pearson Collection' at the City Assembly House

A number of Peter Pearson's paintings of Dublin scenes are available to purchase over the duration of the exhibition. If you have queries about making a purchase, please contact the IGS Bookshop (shop@igs.ie). 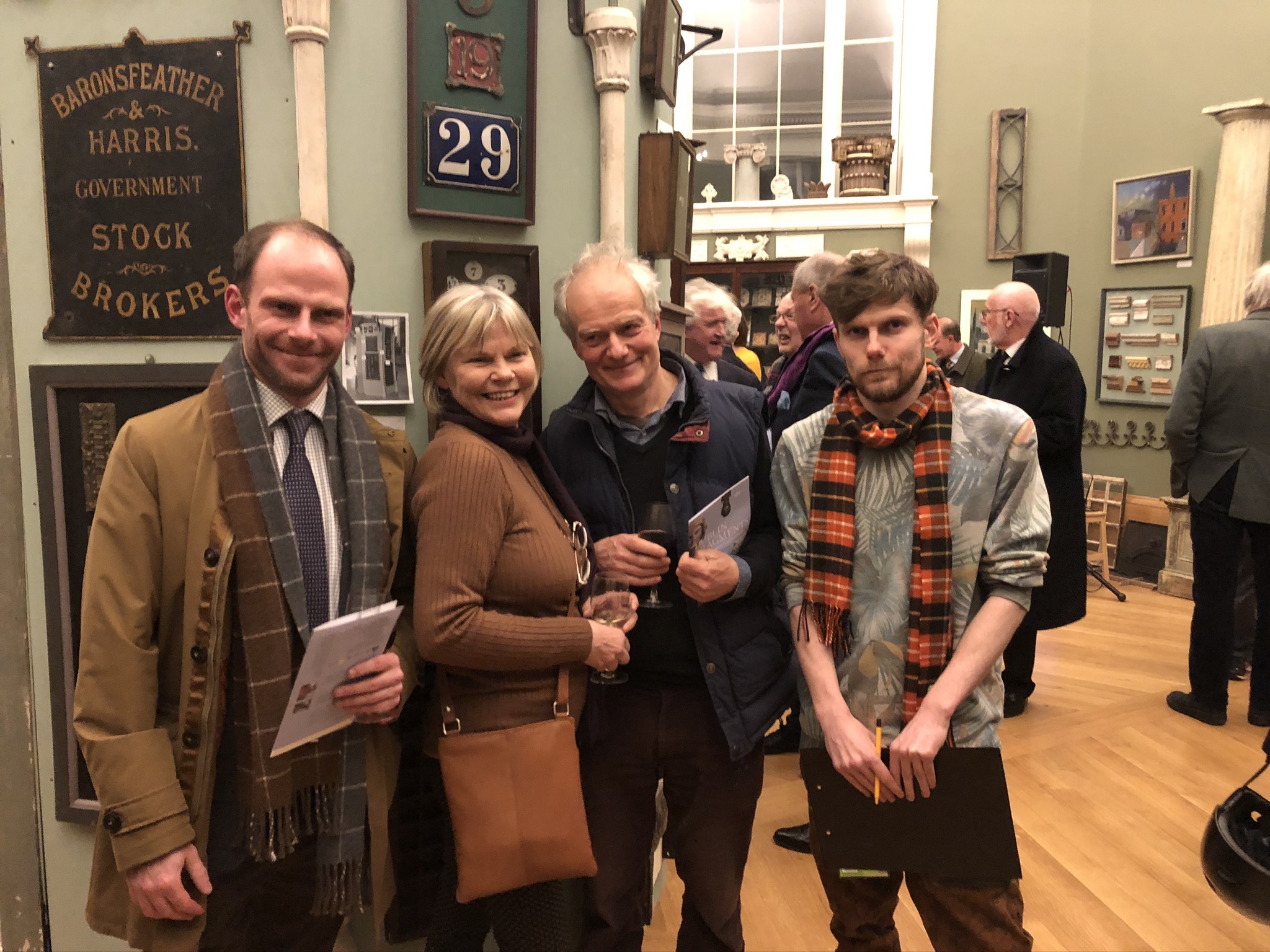 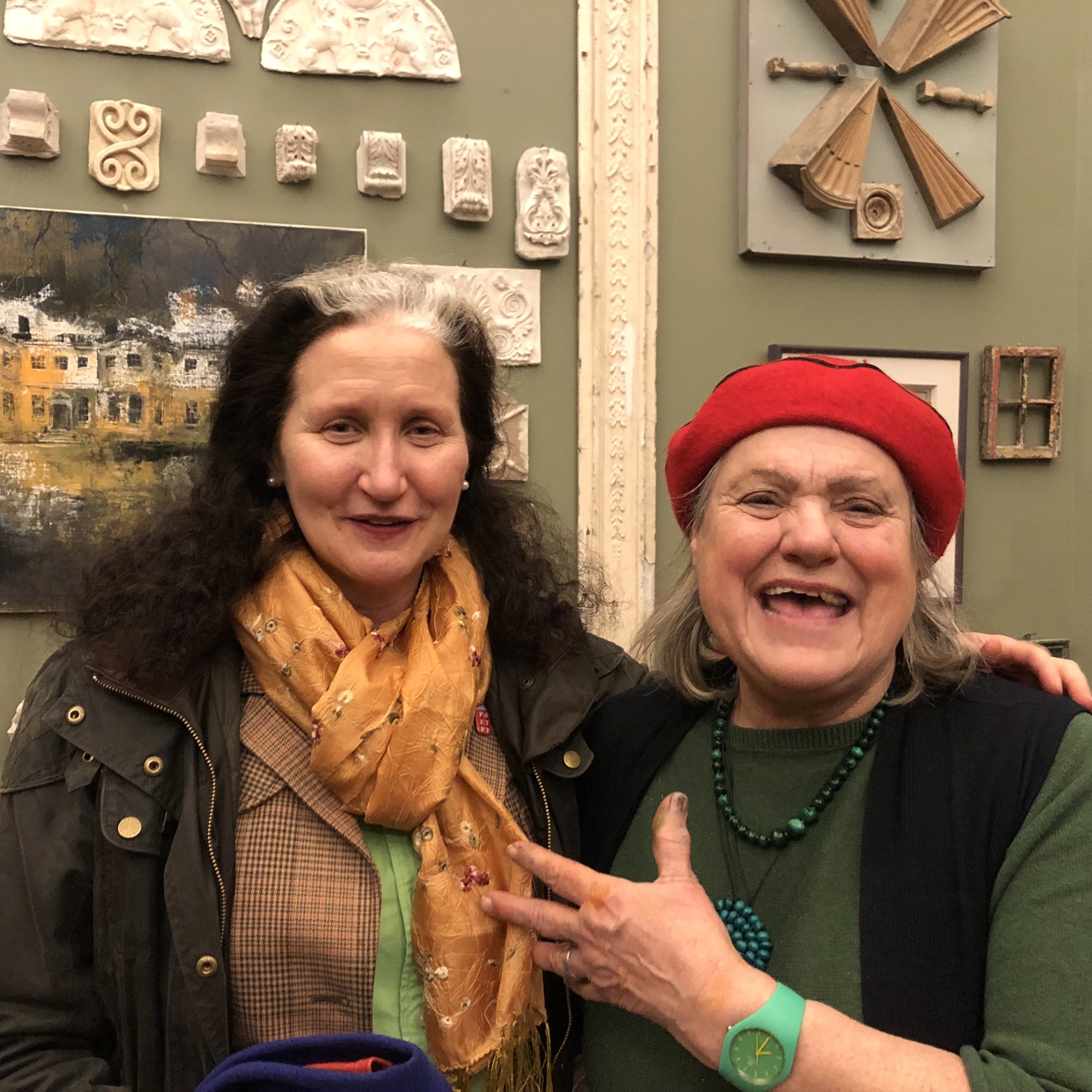 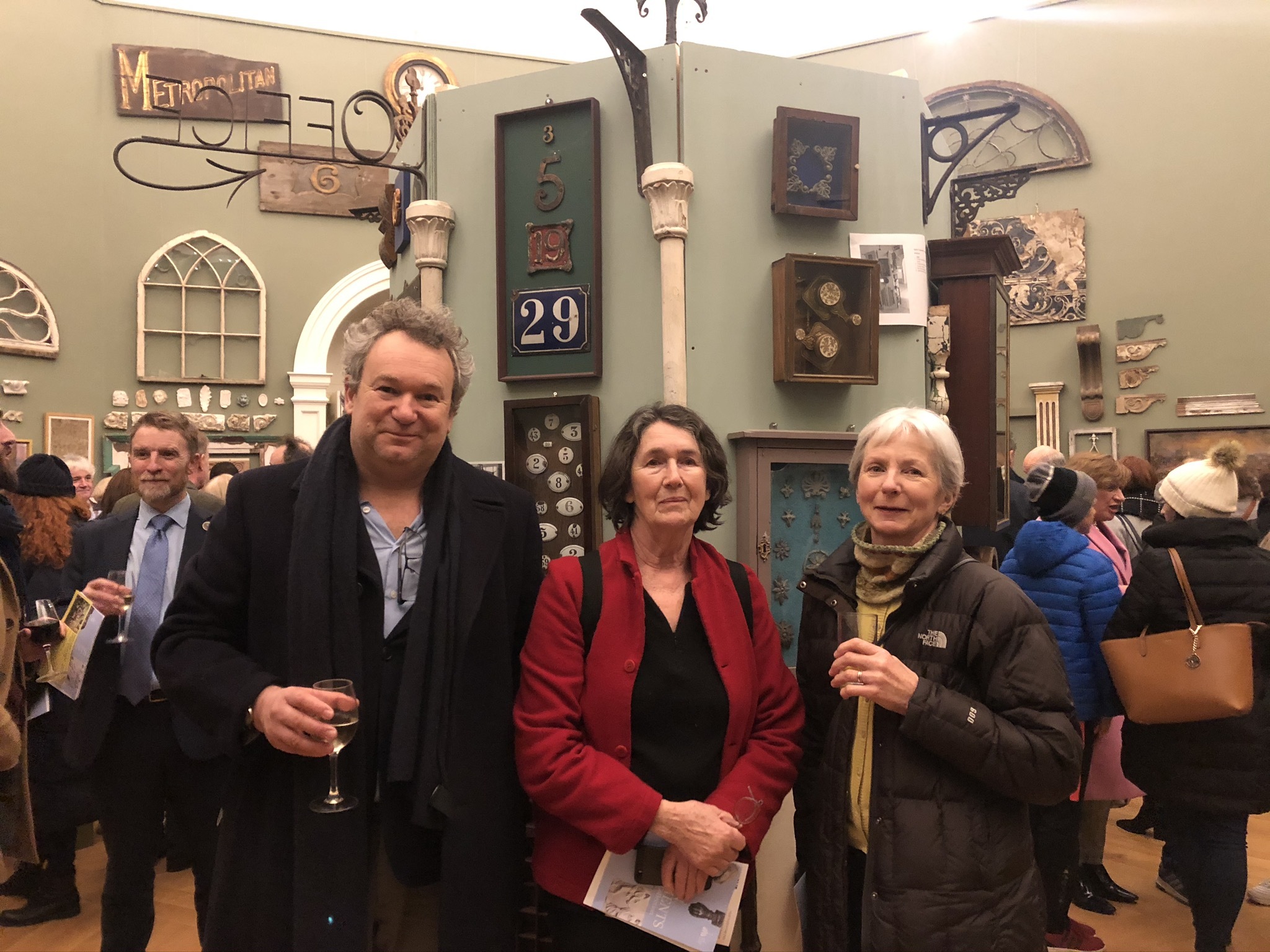 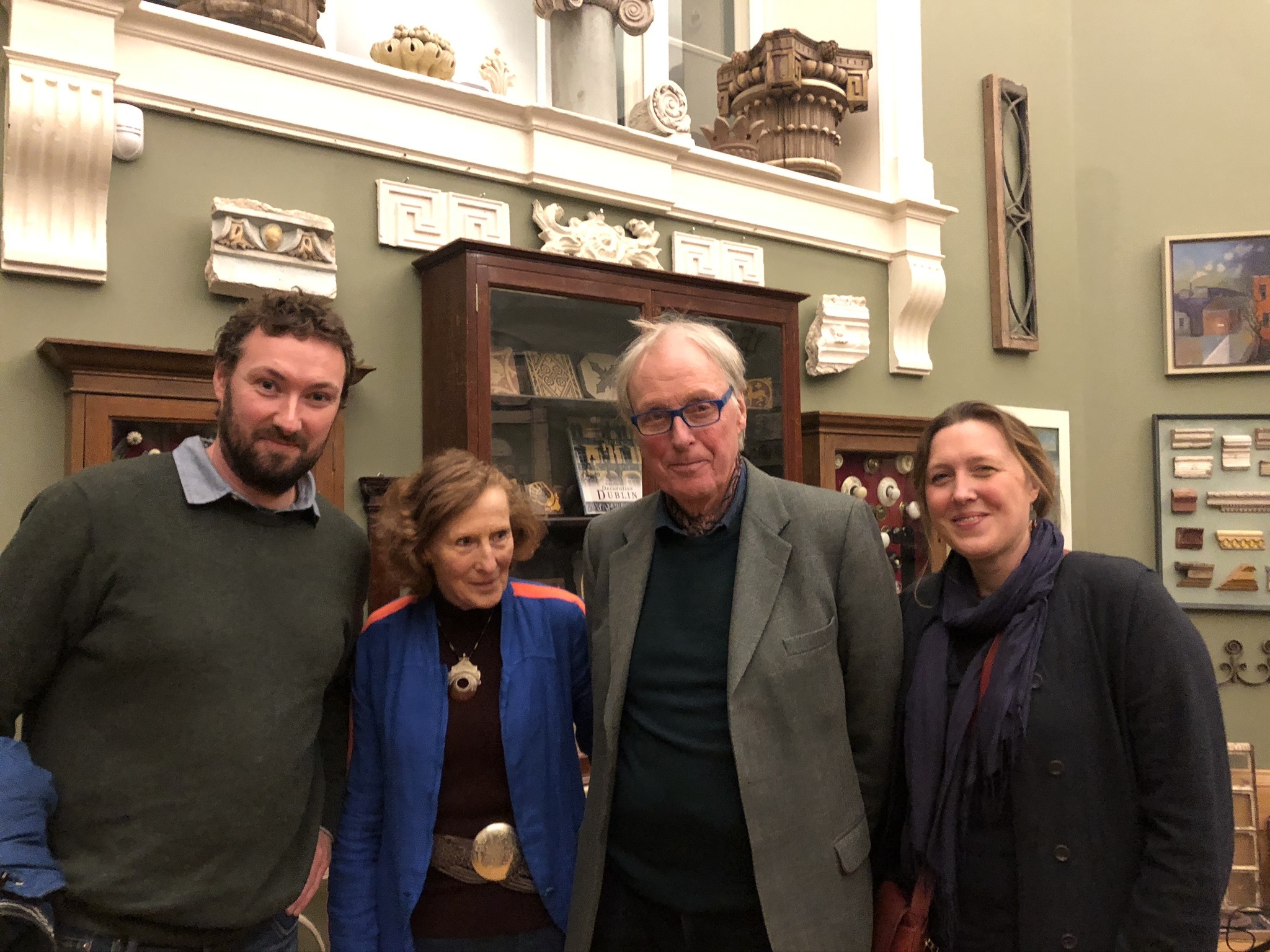 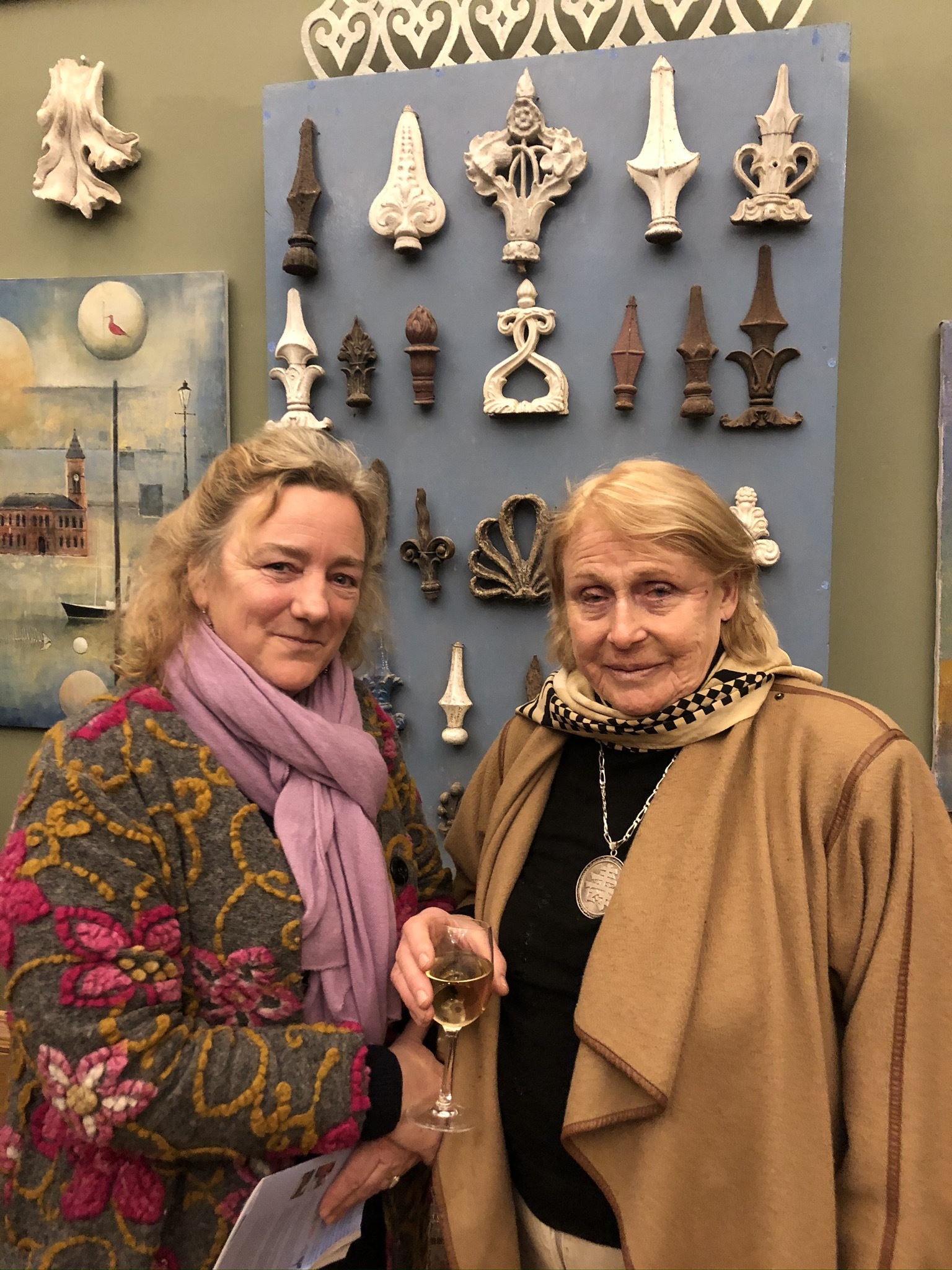 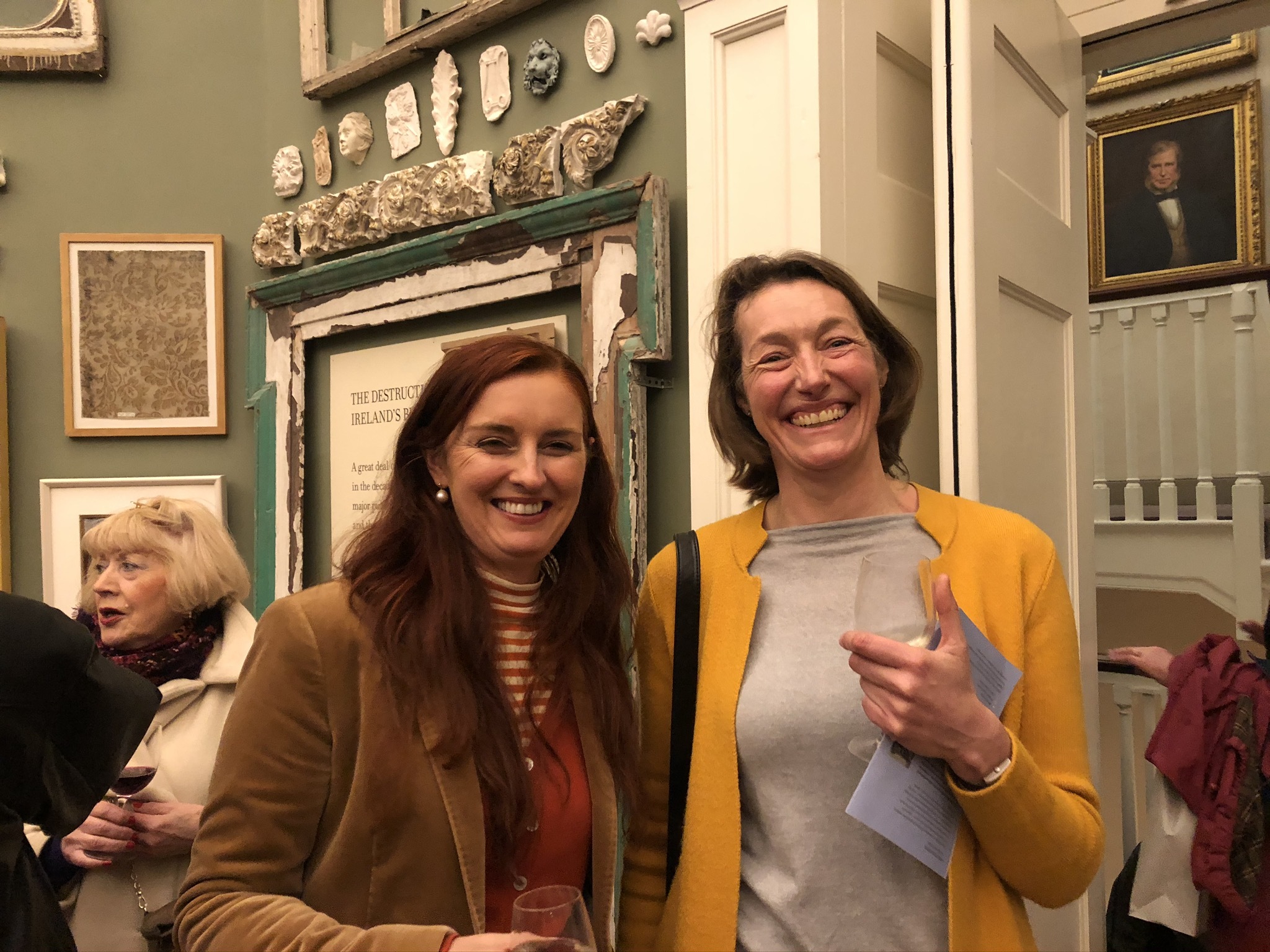 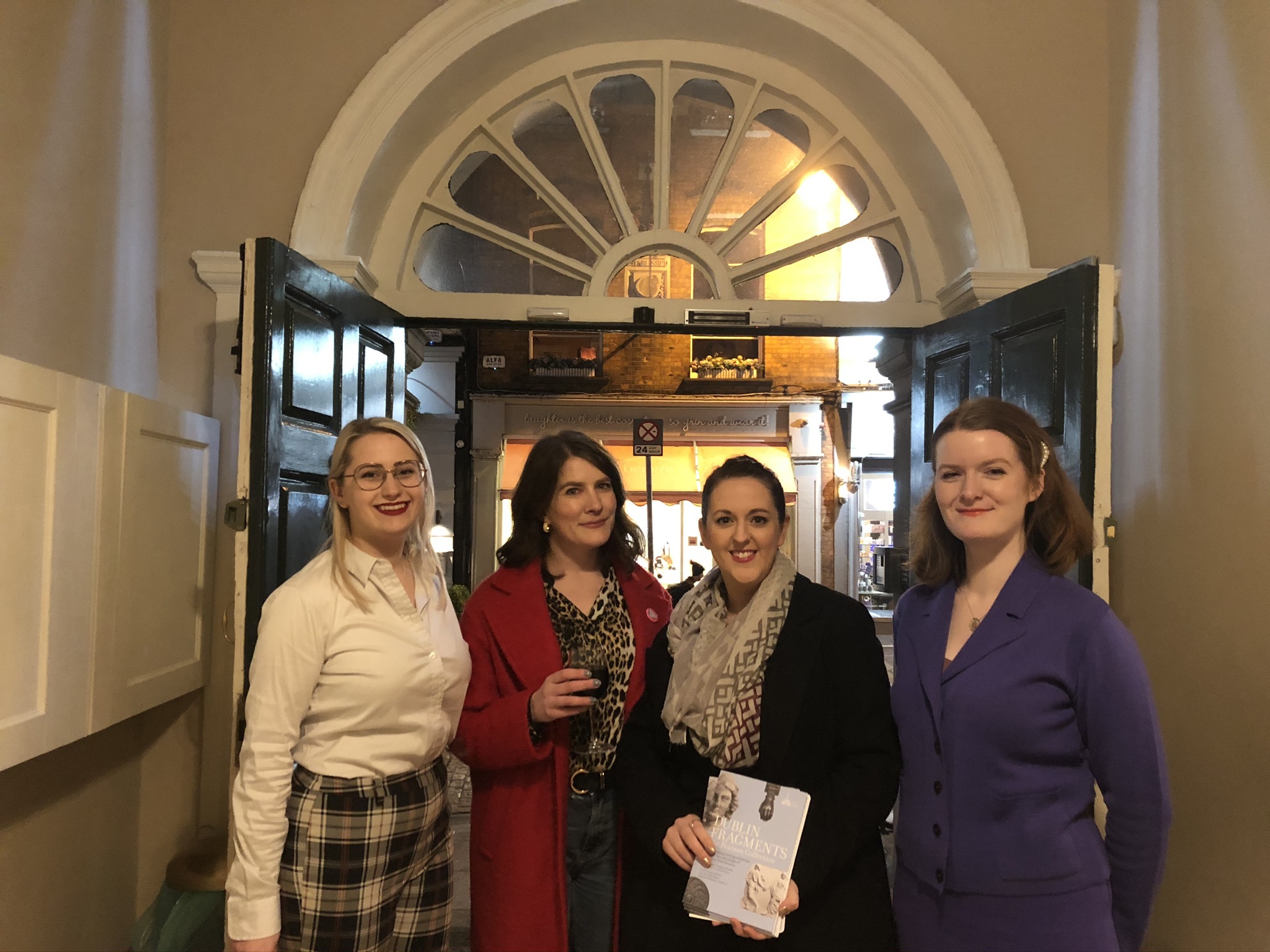 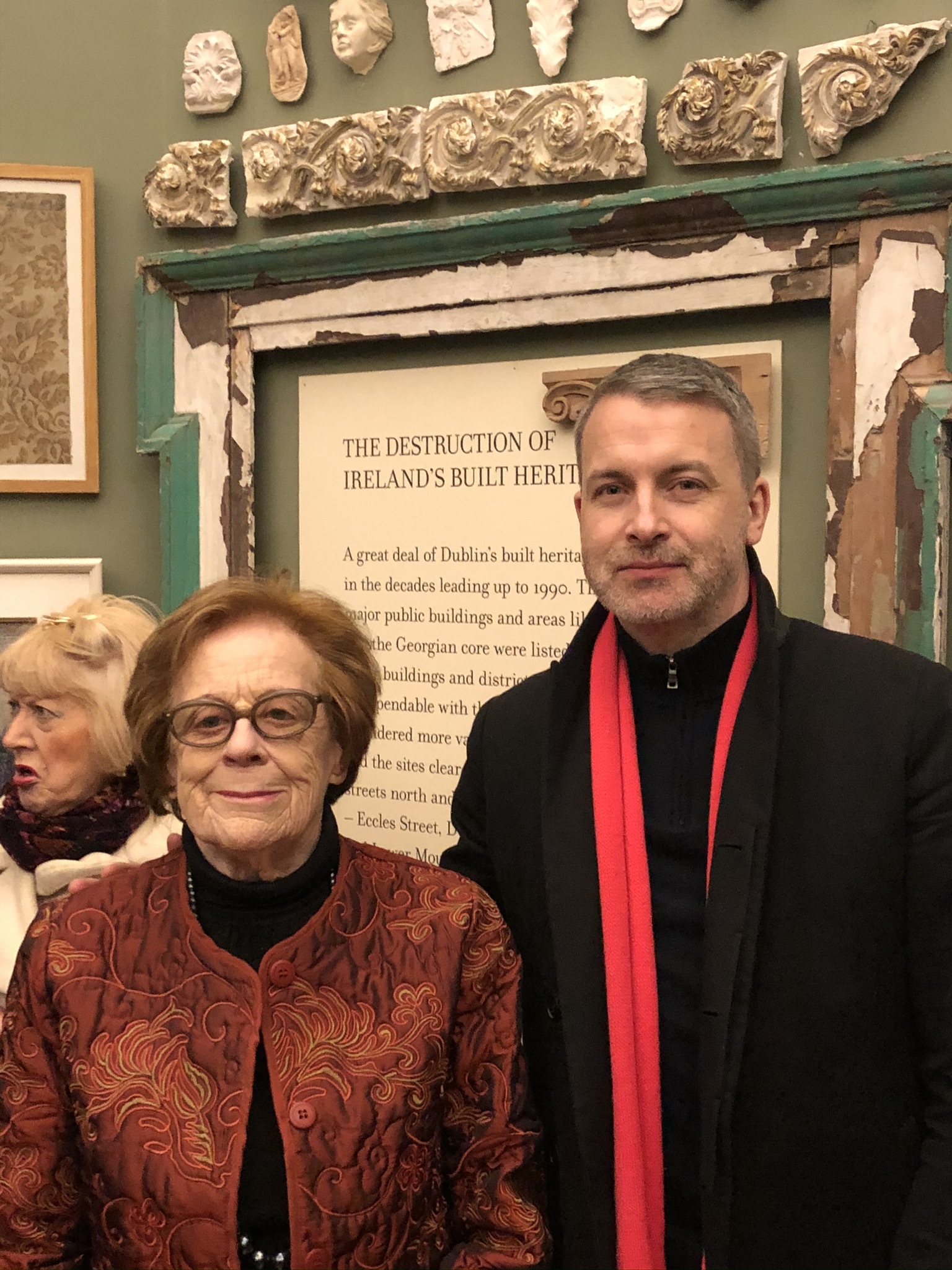 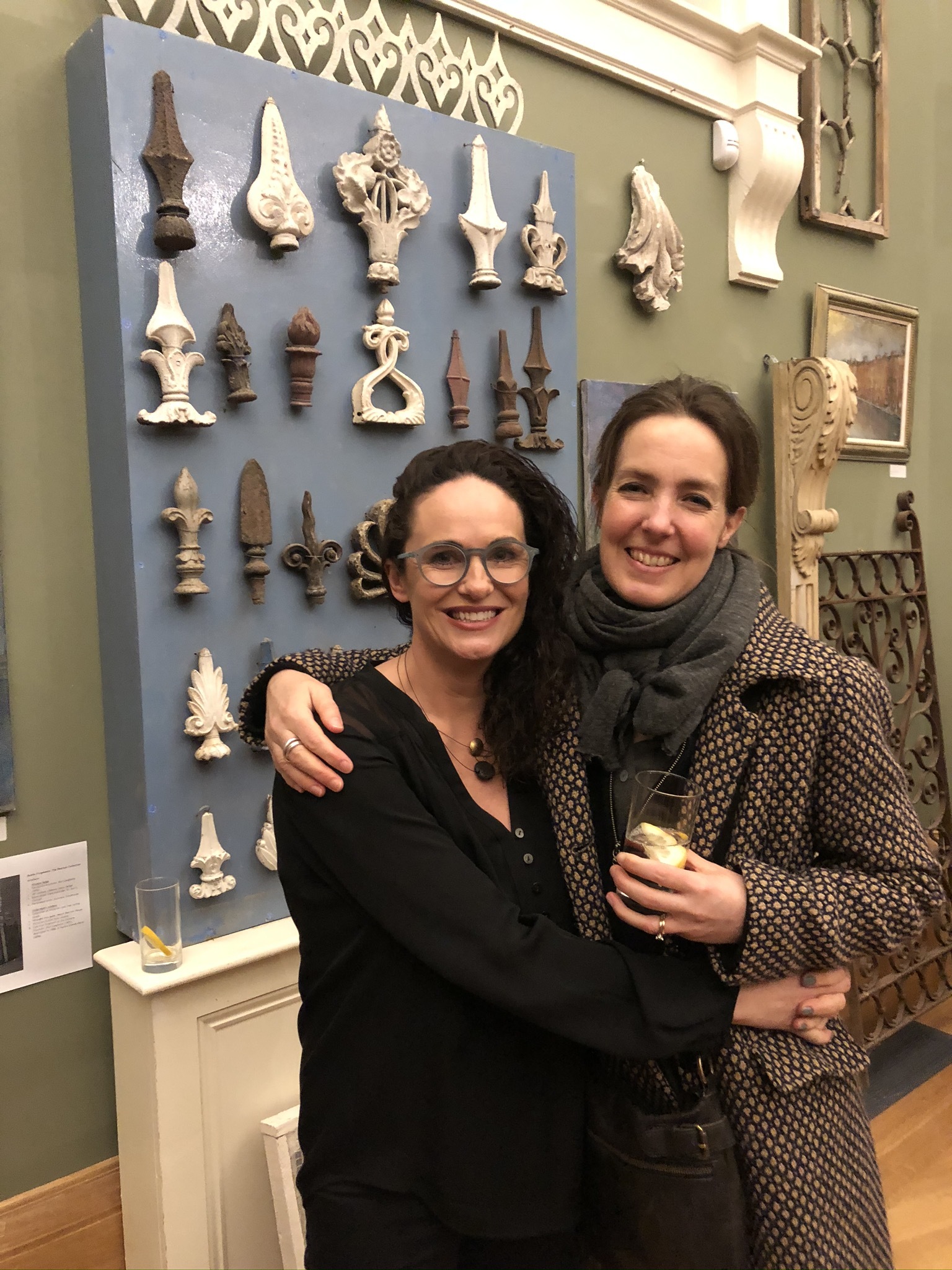 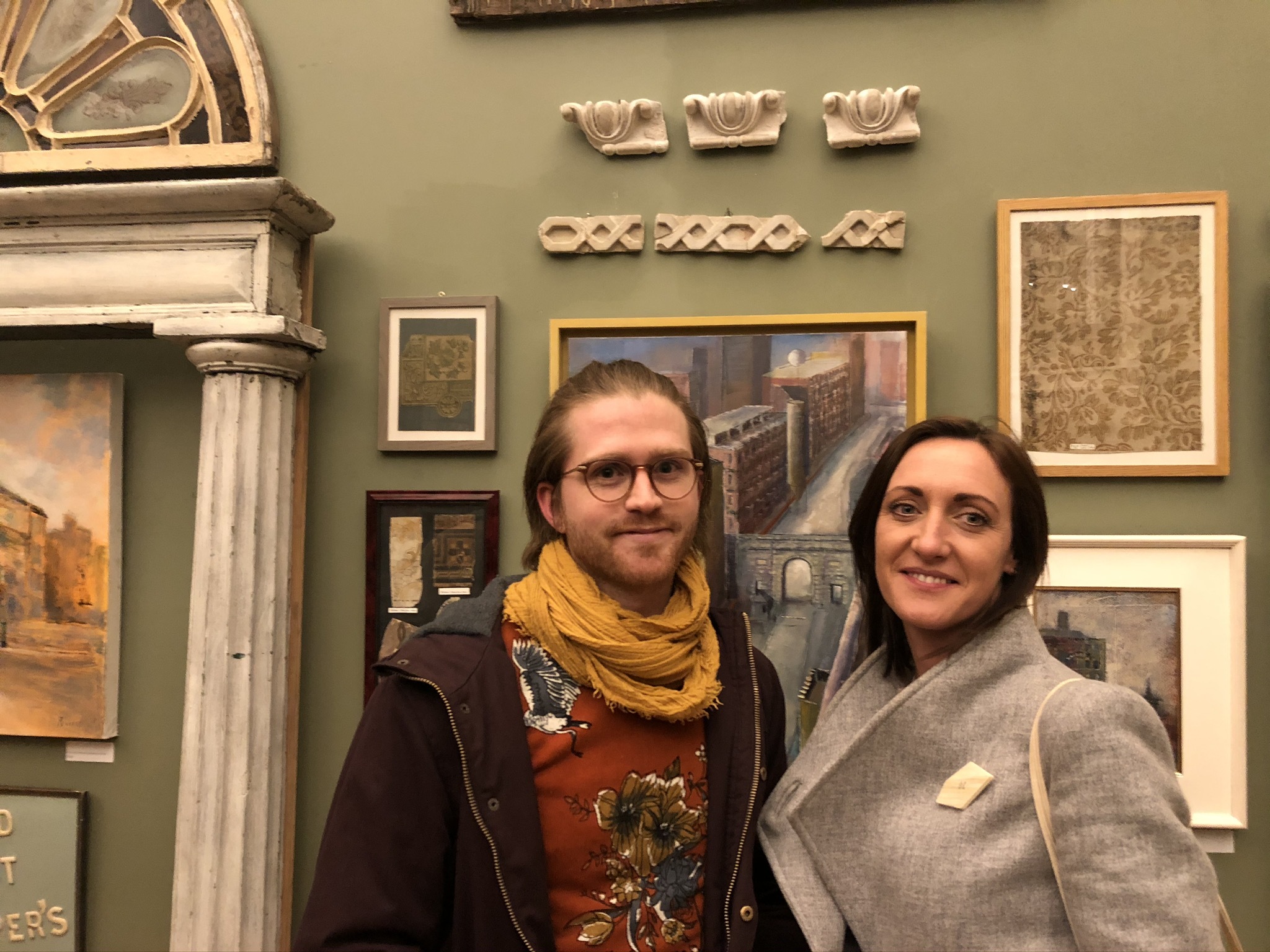 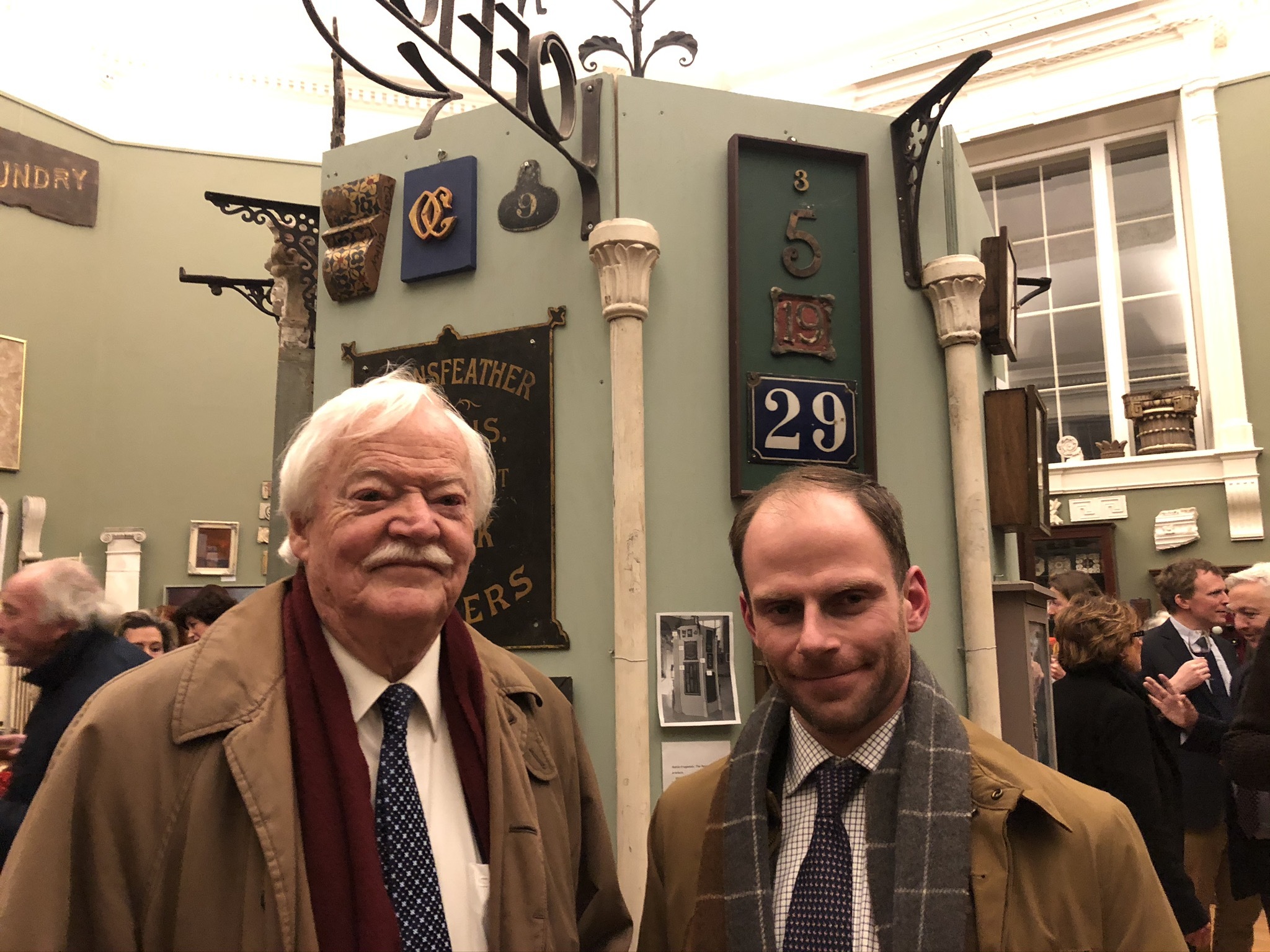 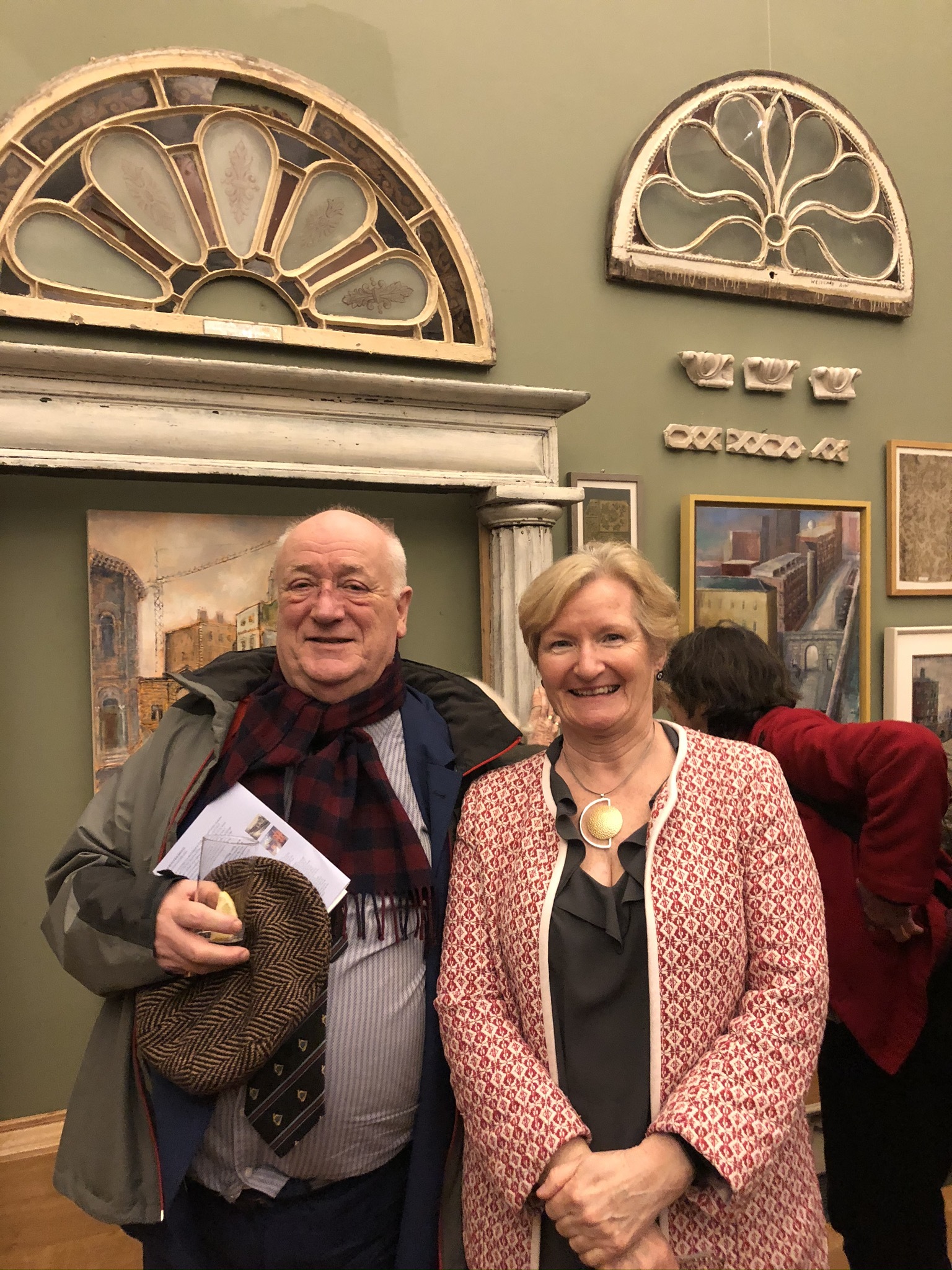 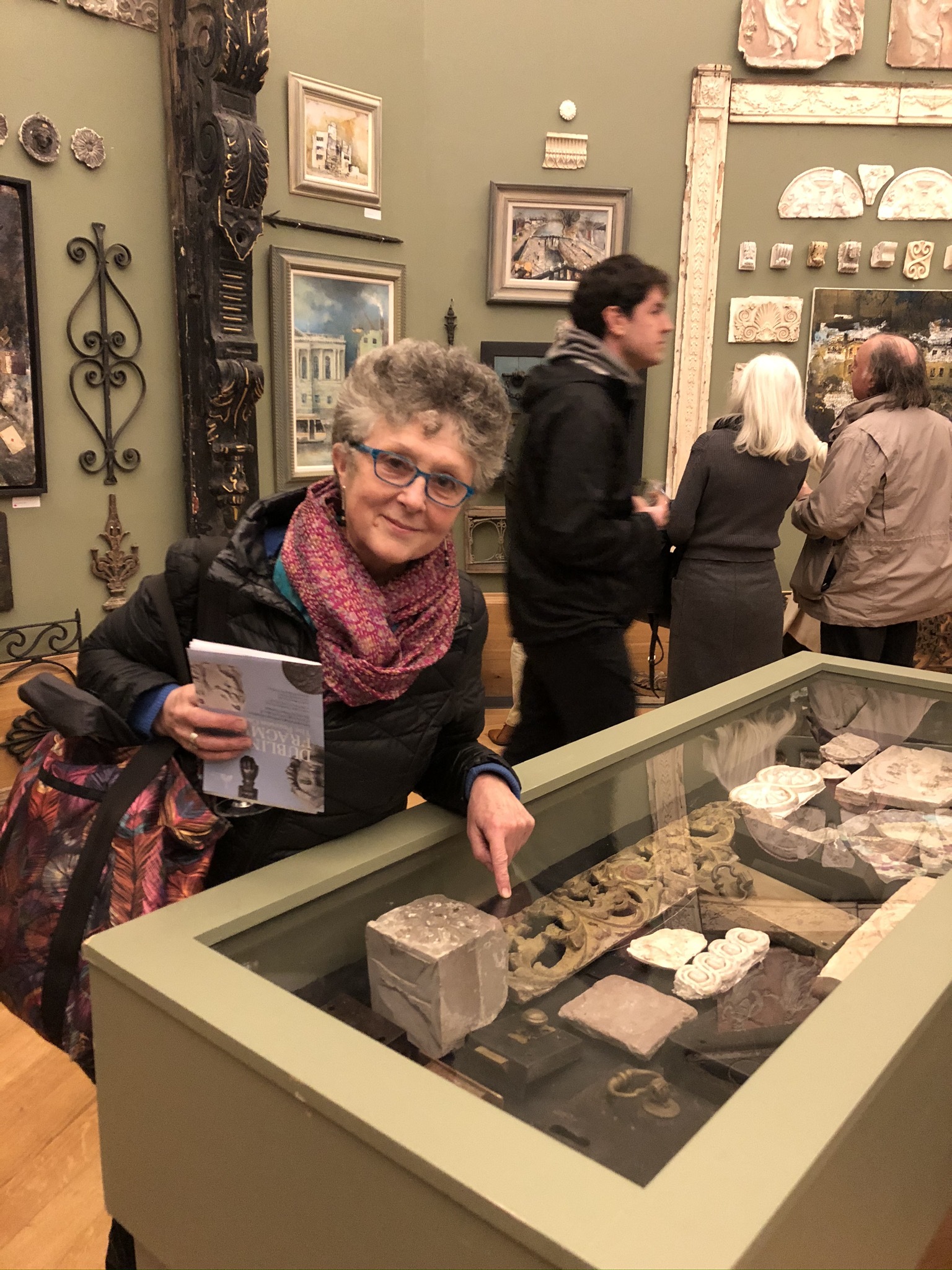 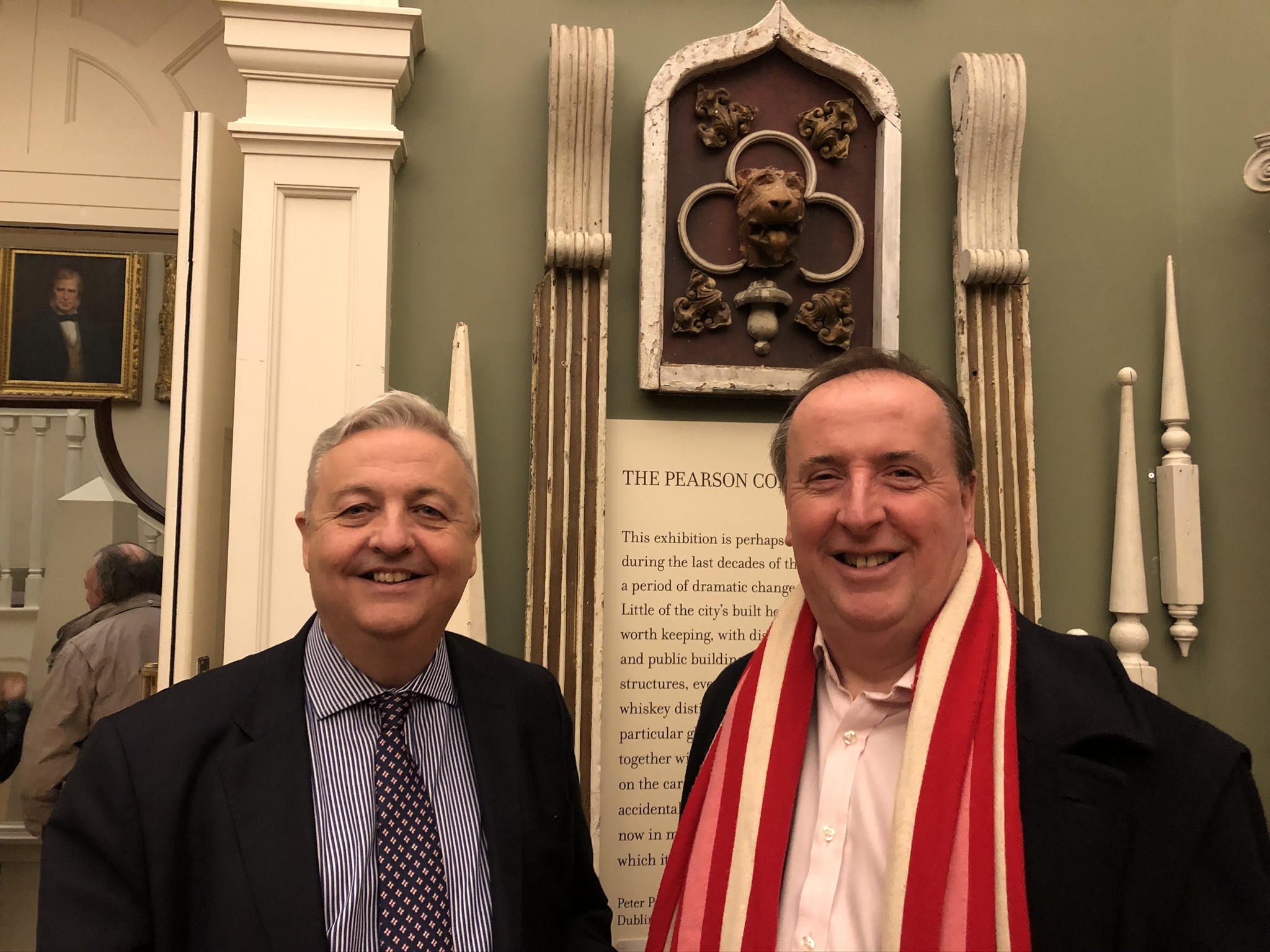 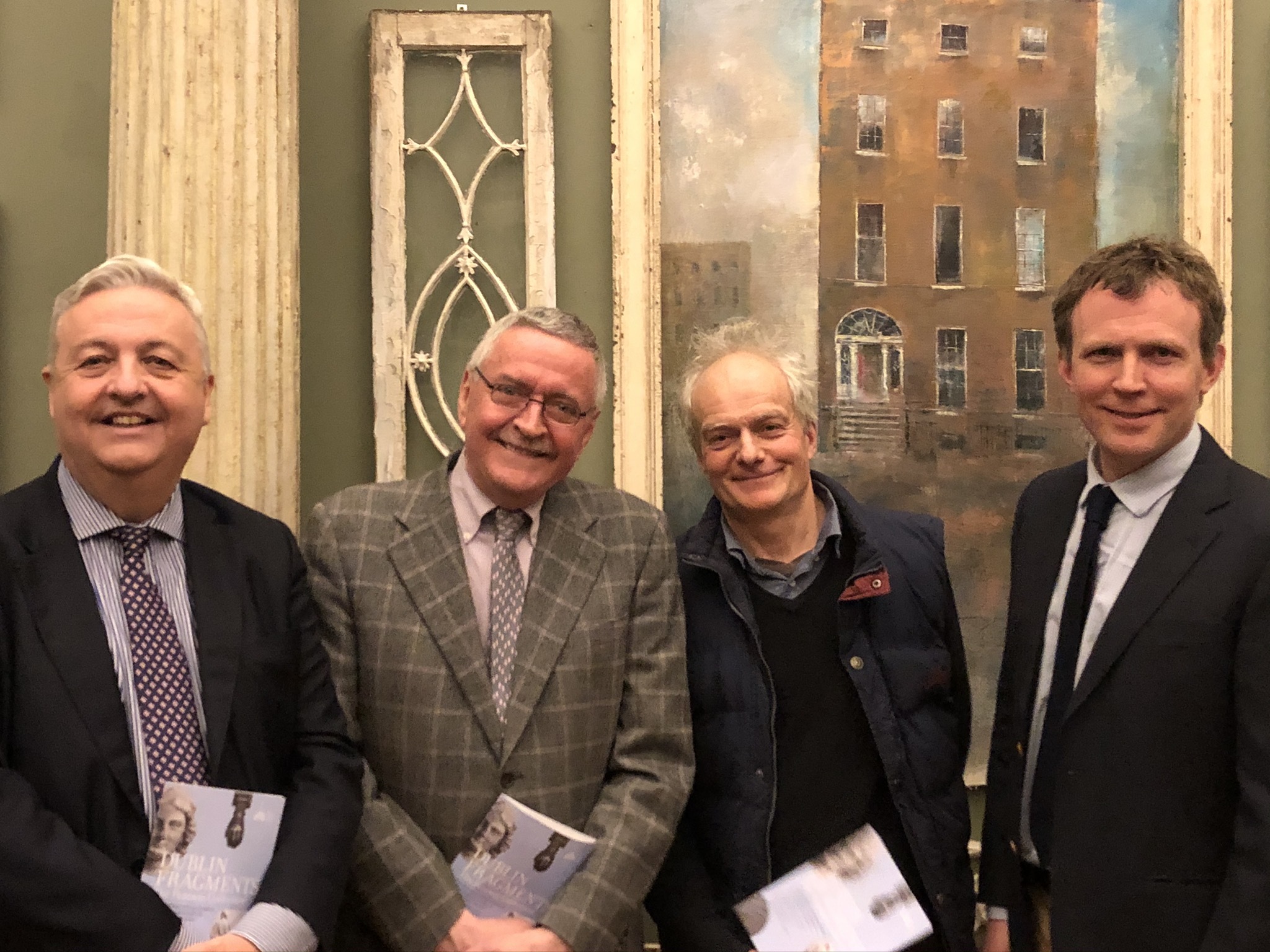 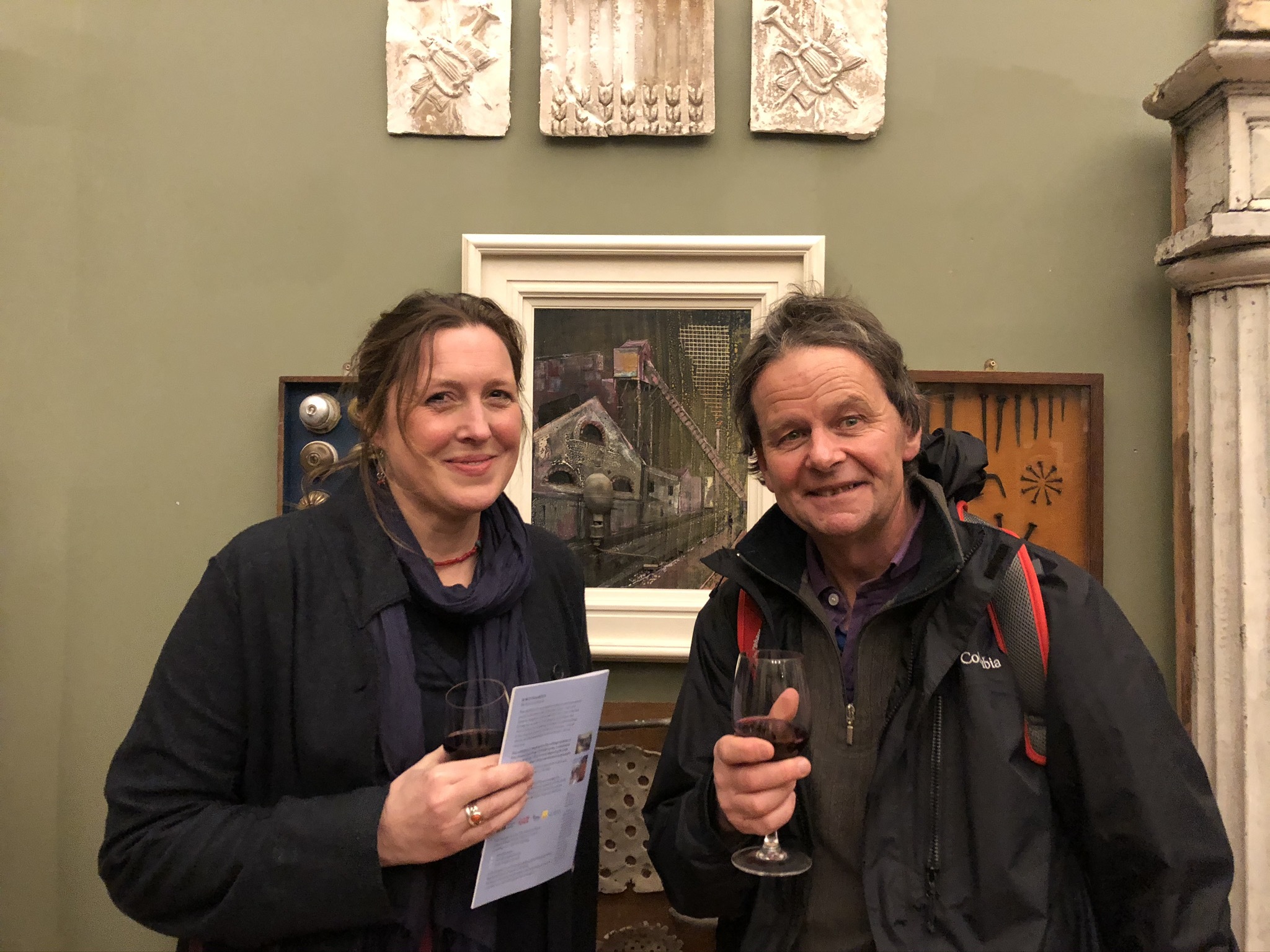 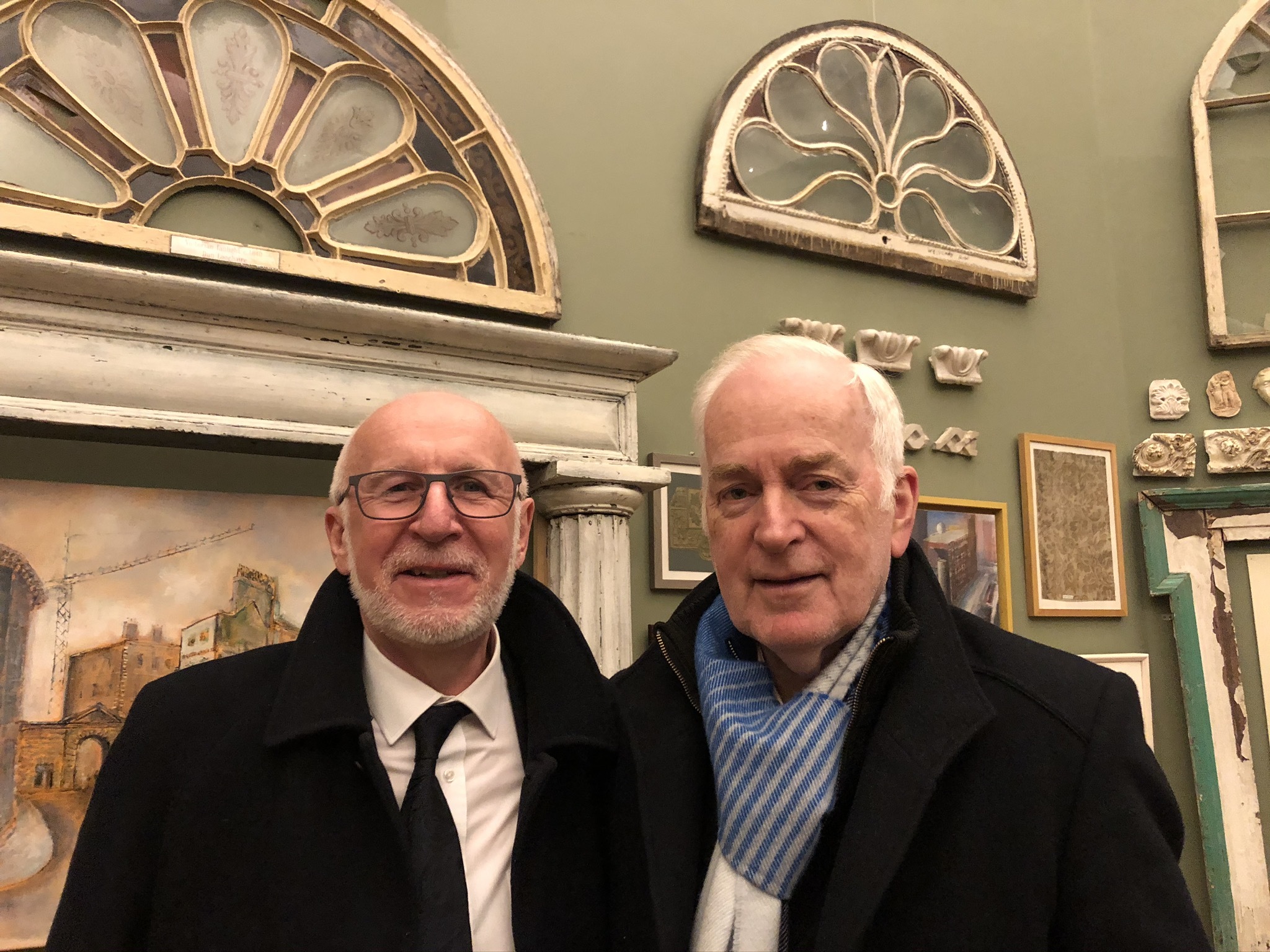 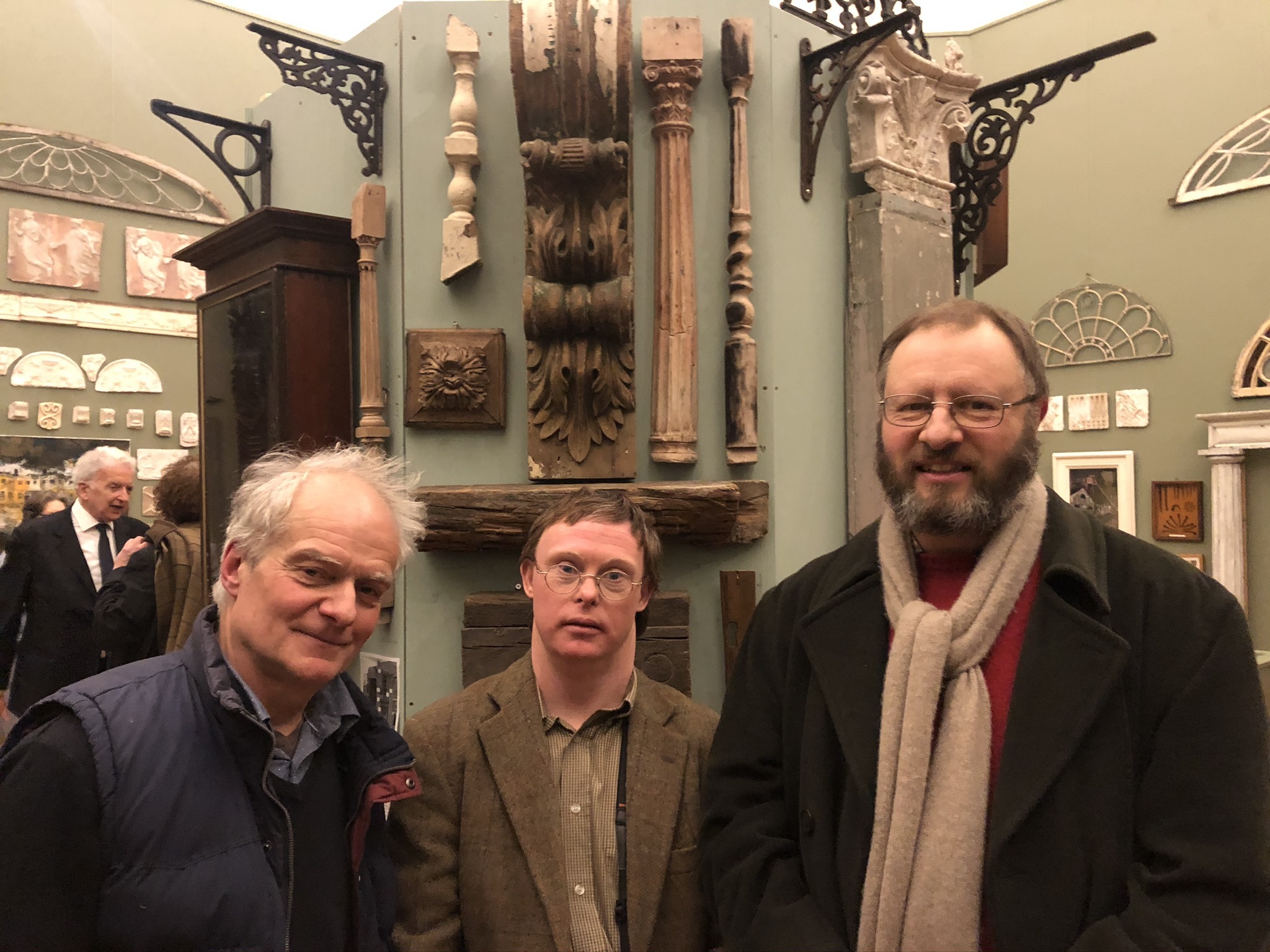 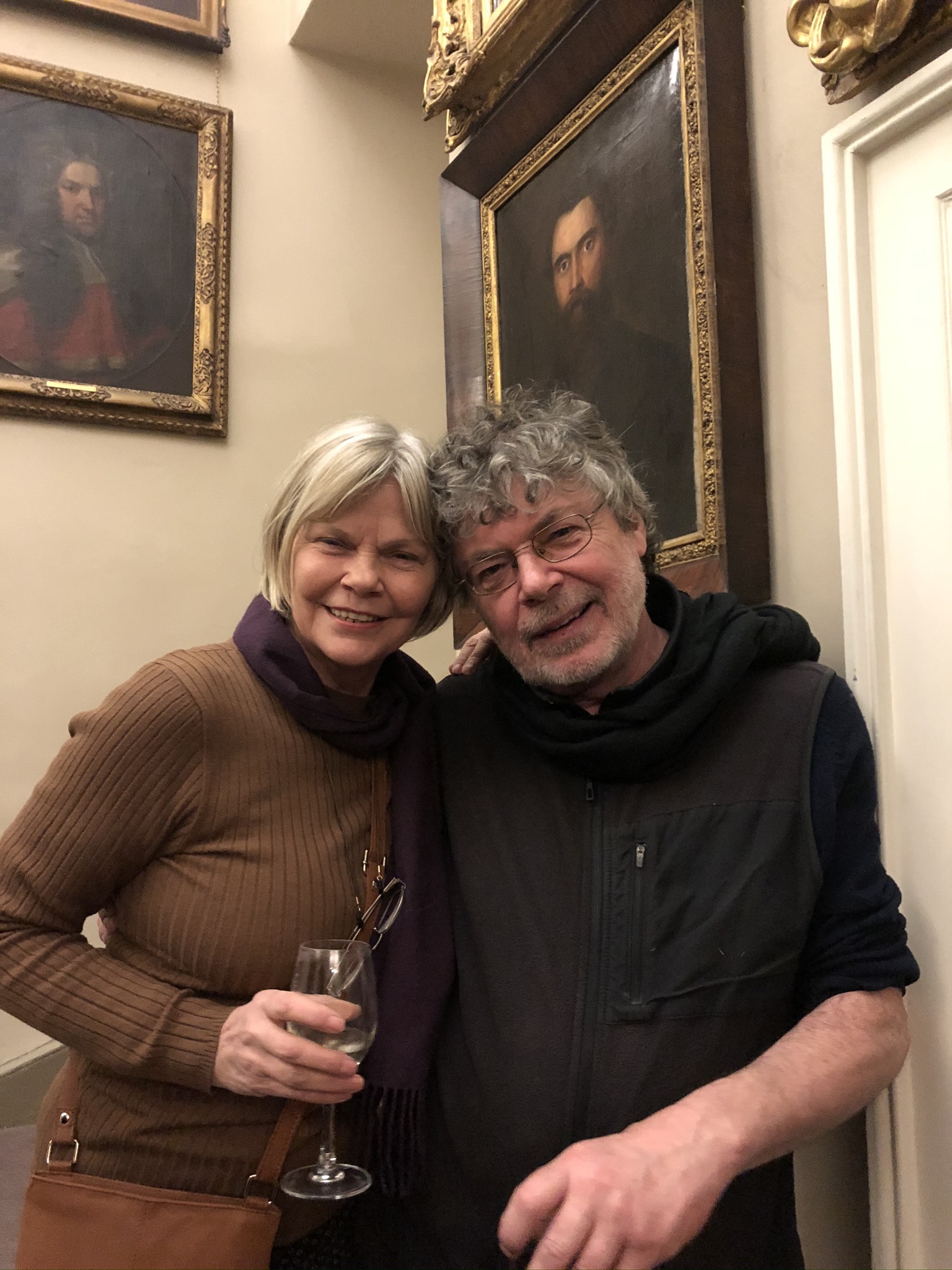 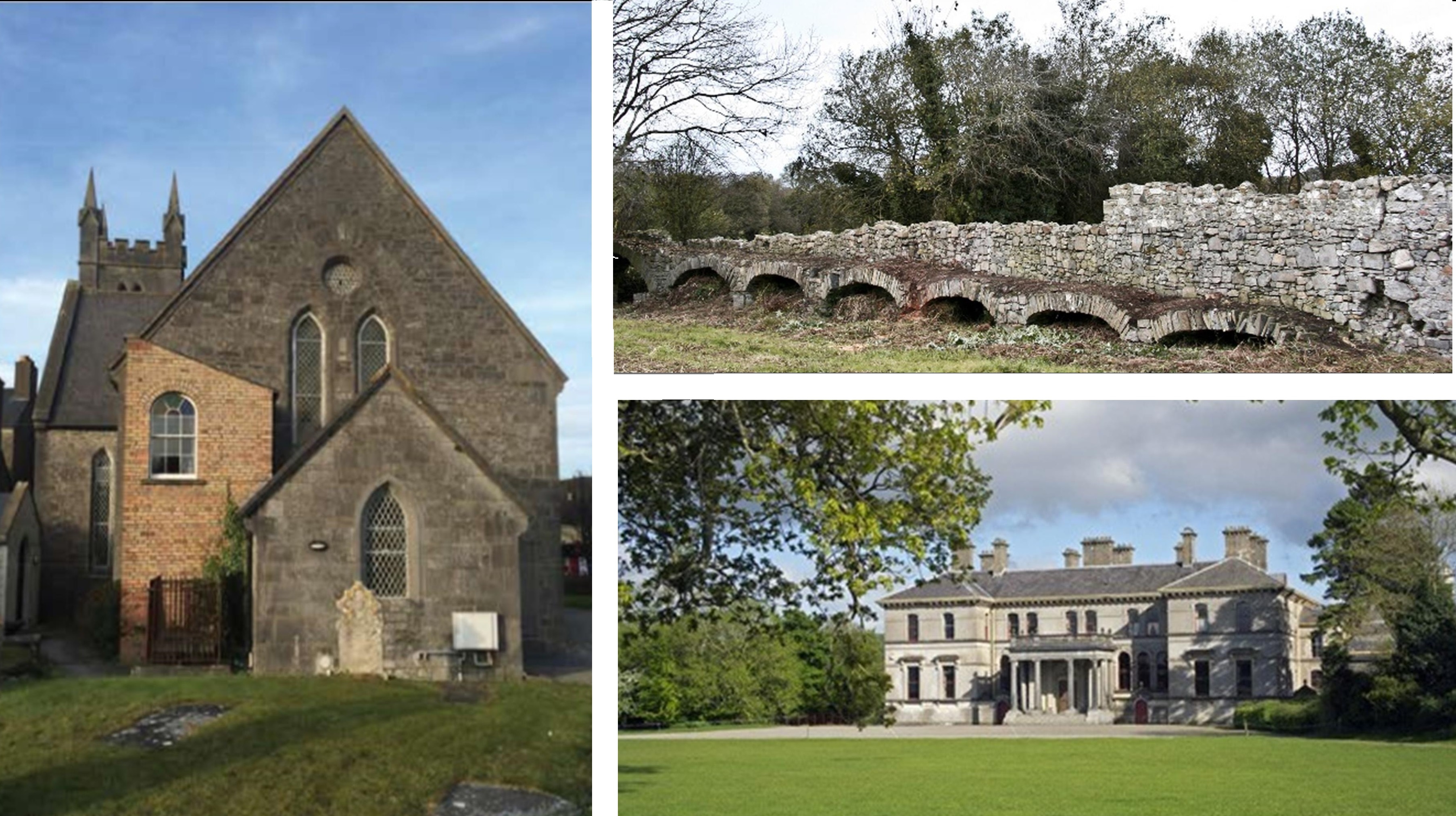 The Irish Georgian Society’s Conservation Grants Programme is generously funded by IGS London. Over the last six years, the Society has supported over thirty significant conservation projects from around the country, that have included works to country houses and castles, thatched cottages and historic townhouses, architectural follies, and churches.

Application forms must be submitted by 5pm on Monday 2nd March 2020 and can be downloaded here.

For articles on previous grants recipients from 2014-2019, please click here.

Decisions on the allocation of grants will be made by early May at which time applicants will be informed. 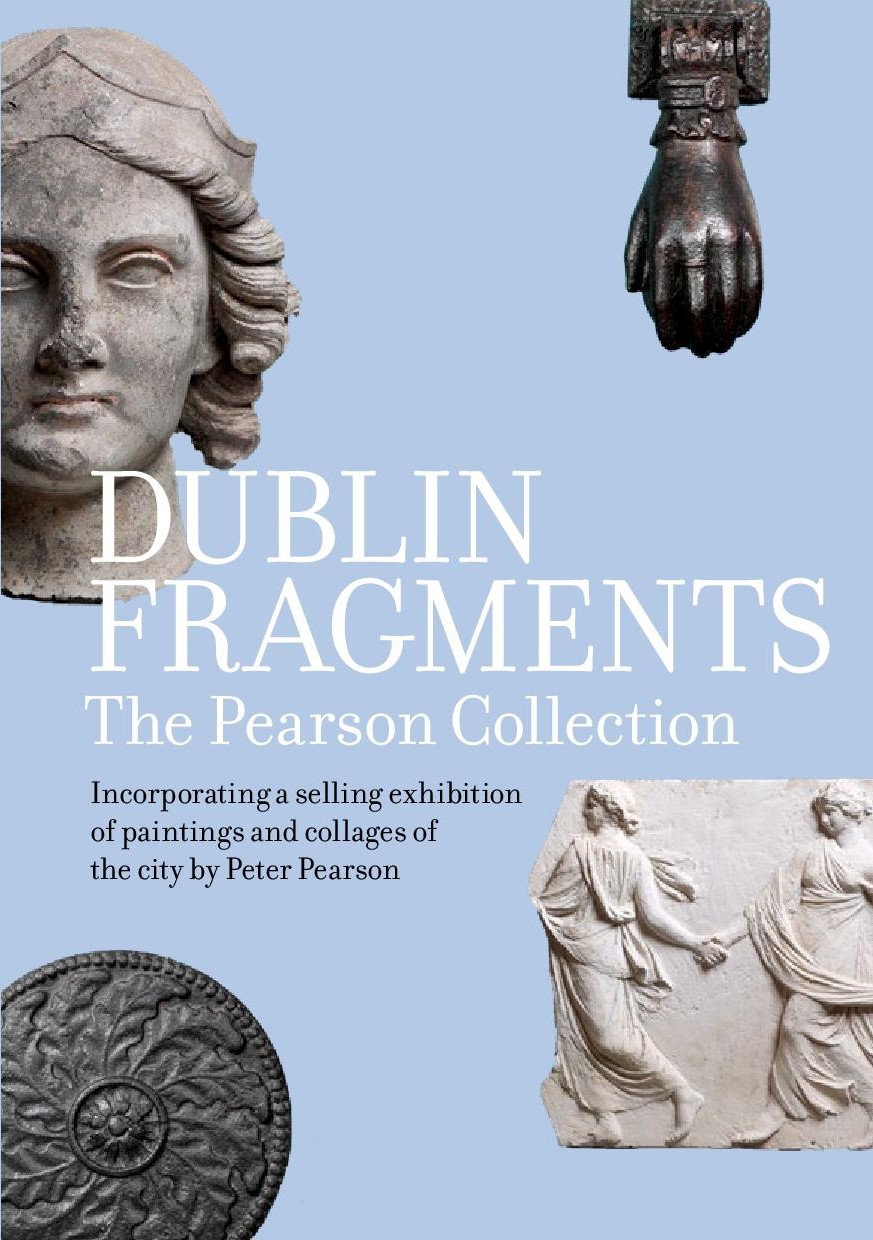 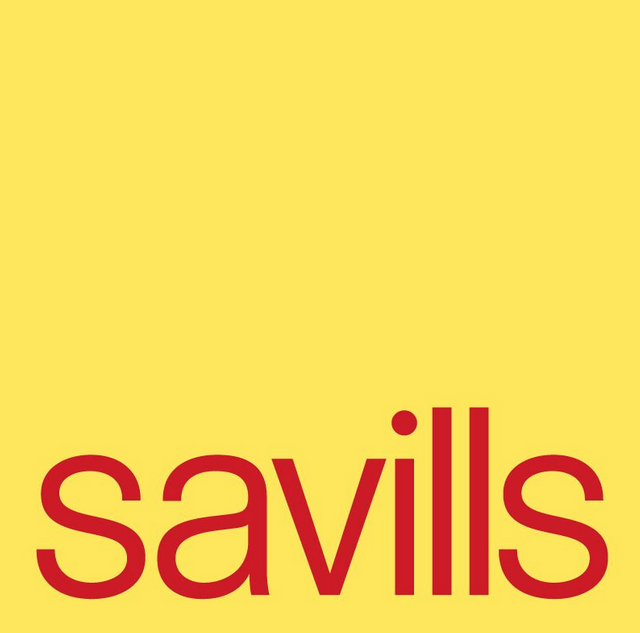 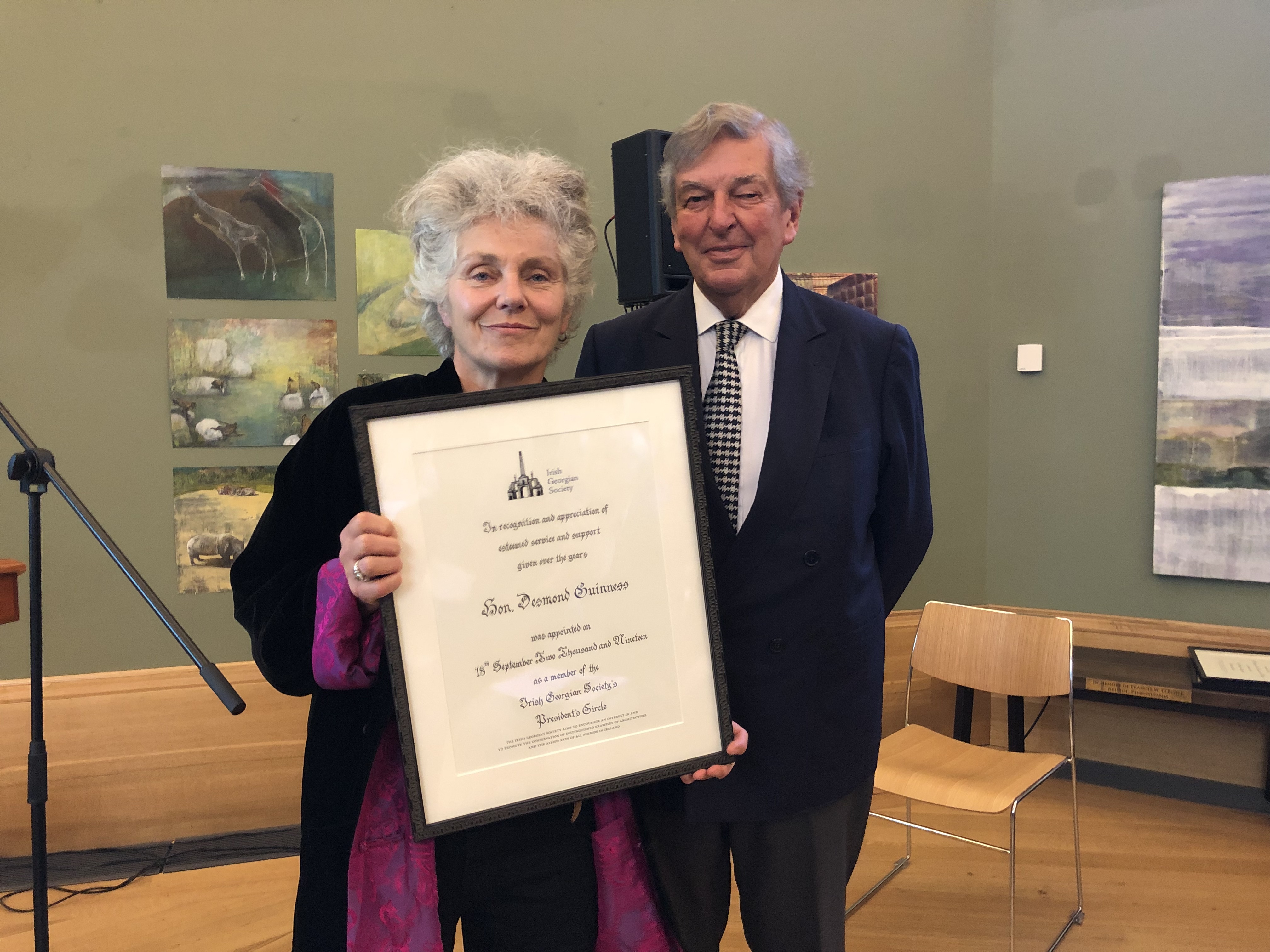 The President’s Circle honours those who have given esteemed service and/or support to the Society. It has no formal governance or advisory role. Esteemed service and/or support shall include those who have given such service or support either as officers, former members of boards, committees, or working groups, benefactors, patrons, donors, scholars, and volunteers. Those still active on boards, committees or working groups shall not ordinarily be considered for such honour.

Members should send details of nominees to the IGS President together with supporting reasons why such person(s) should be honoured. These should be addressed to:

Or by email to: dcahill@igs.ie

The deadline for making a nomination is Saturday 29 February 2020. Further details governing the President’s Circle are available via this following link.